NEW YORK, June 17 — Mariah Carey sparkled yesterday as her peers inducted the beloved diva into the prestigious Songwriters Hall of Fame, part of a class that also includes Pharrell, Steve Miller and the Isley Brothers.

This edition of the gala that honours the composers behind pop culture’s most indelible hits was years in the making, after the 51st annual edition originally slated for 2020 was postponed due to the Covid-19 pandemic.

A true industry award and who’s who of music, the Songwriters Hall of Fame gala foregoes a televised event in favor of a festive dinner and intimate concert.

But even without a broadcast, the Manhattan ballroom was glowing with star power, not least thanks to Carey, who strutted the stage in a glittering, curve-hugging gown as she accepted the coveted honour.

Carey — whose songwriting talent has long been overshadowed by her elastic vocal range and pop star image — doubled as the night’s stand-up comedian, making light of her own reputation as high-maintenance, at one point donning sunglasses to make a point about the less than ideal lighting.

But she struck a more earnest note in celebrating her fellow inductees and songwriters more broadly, calling them “unsung heroes.” For artist Jimmy Jam, who along with Terry Lewis produced a slew of massive hits including for Janet Jackson, Carey is among an elite class of songwriters whose work is timeless.

“There’s nobody that’s more savvy than her, that works harder, that knows all the intricacies of writing and is passionate about it,” he told AFP on the red carpet.

Carey chose self-taught singing prodigy Liamani Segura to perform at the ceremony in her honour, and the 13-year-old led the crowd through a medley of the Long Island-born singer’s smashes including Fantasy, One Sweet Day and, of course, All I Want For Christmas Is You.

Earlier in the night, inductee Miller shredded through his space dream of a hit Fly Like An Eagle, after being inducted by his friend, the actor Bryan Cranston.

“It’s really the highest honour — the most intellectual honour,” Miller, 78, told AFP on the red carpet of entering the songwriting pantheon. “It means the most to me.” 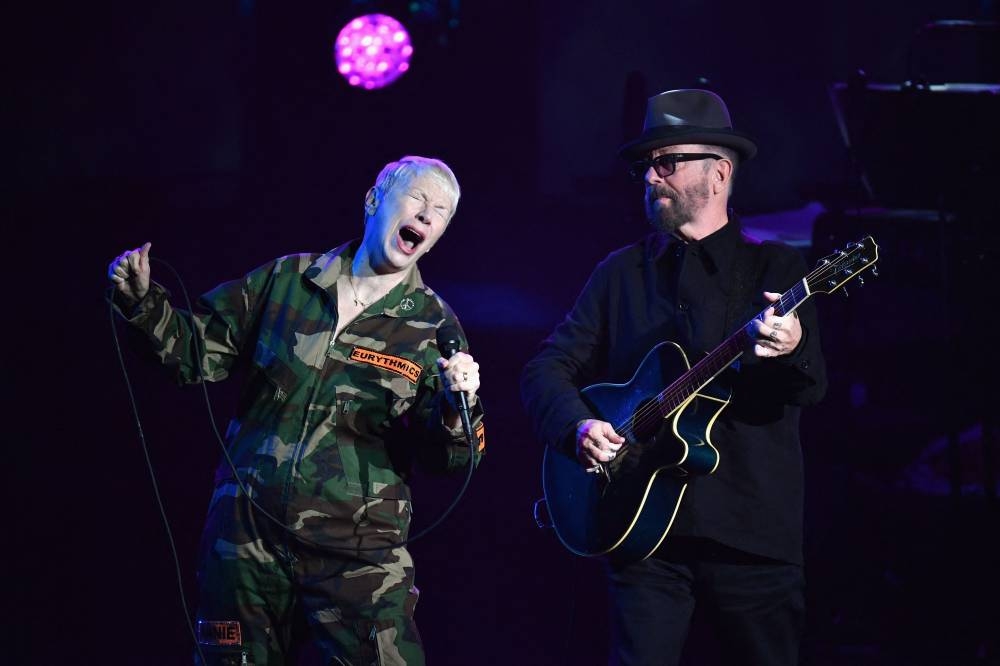 Miller’s performance followed a showstopper of an opening from St Vincent, who inducted the Eurythmics — the duo comprised of Annie Lennox and Dave Stewart — after delivering a spot-on version of Sweet Dreams (Are Made Of This) that had Lil Nas X on his feet, a shock of blond curls bobbing atop his pale pink suit.

Lil Nas X accepted a special honour for gifted young songwriters on the night that also celebrated the songwriting talents of Rick Nowels, the songwriter behind megahits including Lana Del Rey’s Summertime Sadness along with Heaven Is a Place On Earth and Circle in the Sand by Belinda Carlisle.

Motown icon Smokey Robinson lit up the room with a set honouring Mickey Stevenson, whose success includes the classic Dancing In The Street.

And Usher joined artist of the moment Jon Batiste in celebrating The Neptunes — the duo of Pharrell Williams and Chad Hugo — taking the audience through a hip-swaying medley of hits they wrote and produced including Usher’s U Don’t Have To Call. 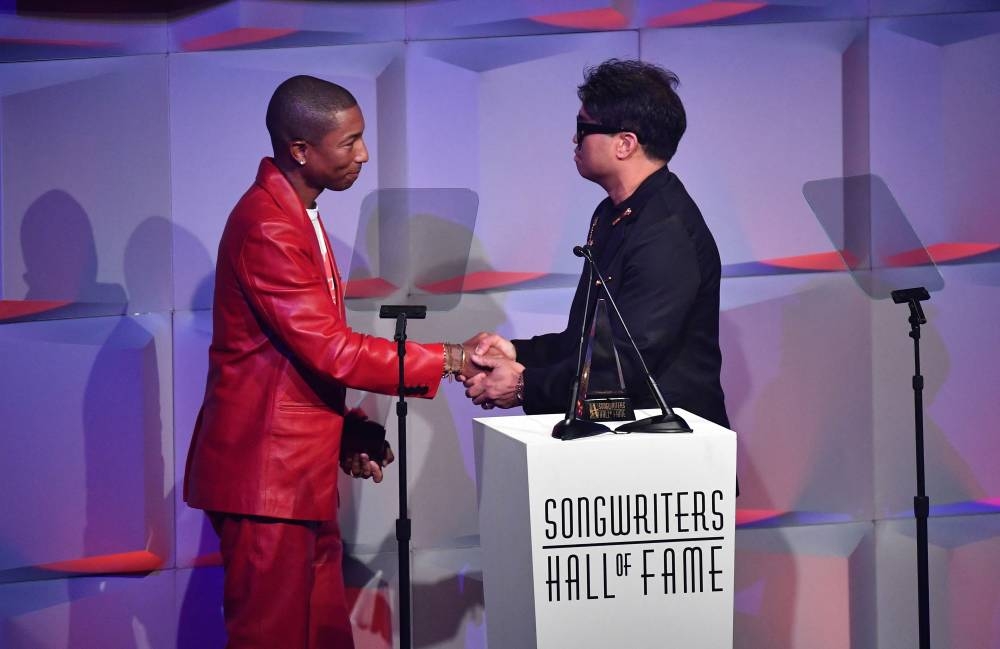 US musicians Pharrell Williams and Chad Hugo greet each other before speaking onstage during the Songwriters Hall of Fame 51st Annual Induction and Awards Gala in New York, June 16, 2022. — AFP pic

The ever-luminous Pharrell, wearing a showstopping cherry red leather suit, gave a lengthy ode to songwriting and advised young writers to push forward: “When that sparkle hits you feel it in your bone, you feel it in your body… you feel this sense of direction.” Earlier in the night, he told AFP it felt “surreal” to accept the accolade.

This year’s gala comes at a time that the songwriting and publishing side of the music business that’s oft-overlooked is experiencing roaring success, with catalogues seen as coveted assets for investors.

Jody Gerson, the Chairman and CEO of Universal Music Publishing — which in recent years has acquired catalogues including those of Neil Diamond and Sting — accepted the night’s publishing honour, and praised the songwriters that make her work possible.

And Paul Williams — the songwriting legend behind hits like Rainy Days and Mondays from The Carpenters as well as the Muppet classic Rainbow Connection — hailed songwriting’s ability to connect.

“People respond to what we create, and that’s the biggest prize of all,” he said in accepting the night’s highest honour, a lifetime achievement prize of sorts for songwriters already inducted.

“We feel a little less alone in this world, while sharing a stack of vulnerabilities and dreams and self-doubt.”

“‘I won’t last a day without you’ is not a healthy thought — I’ve done some therapy.”

But jokes aside, Williams was unequivocal in emphasising the importance of his fellow lyricists: “My God, we never needed your songs more than right now.” — AFP