The Labor Department will release its May jobs report Friday morning, offering a fresh look at a labor market in which millions remain out of work but many employers say they are having trouble finding applicants.

Analysts surveyed by Bloomberg expect the May report to show that employers added 650,000 jobs last month — more than twice the disappointing tally in April — and that the unemployment rate fell to 5.9 percent from 6.1 percent.

The labor market has started to regain its footing, but the path has not been smooth. Job growth bounced up and down in recent months, and may continue its uneven progress throughout the summer, analysts said.

“I think the end is in sight,” said Carl R. Tannenbaum, chief economist at Northern Trust, “but it’s going to be a long and winding road back to full employment.”

A second month of weak growth could signal that the recovery is faltering, or that the economy’s swift reopening will take time to sort out. A strong report could offer evidence that talk of a labor shortage was overblown — or that employers have addressed it by increasing wages. [Here are some indicators that economists are watching to gauge the recovery.]

Job postings are far above where they were in February 2020, before the wave of coronavirus cases hit. At the beginning of the pandemic, job postings plummeted much faster than job searches, said Julia Pollak, a labor economist at the online jobs site ZipRecruiter. Now there is a similar dynamic: Postings have picked up much more quickly than search activity.

“It’s just a matter of time,” said Ms. Pollak, who pointed out that many prime-age workers were only recently able to get their first Covid-19 vaccination.

She also said there was a mismatch between the type of jobs being offered and those being searched for. More than half of job seekers want remote work, while only 10 percent of employers are offering that option.

Economists will also be looking to see if workers who left the work force over the past year are beginning to rejoin.

Nearly half of small-business owners surveyed by the National Federation of Independent Business in May said they were struggling to fill slots. Many employers have blamed enhanced pandemic-related unemployment benefits for the shortage of workers, which has prompted 25 Republican-led states to withdraw from some or all of the federal jobless assistance programs in the coming weeks, months ahead of their expiration.

Most economists have pushed back against this argument and say the reality is more complicated. A lack of child care, continuing health concerns, low wages and competing priorities all probably play a larger role, they say.

Other job hunters say they have had trouble getting hired at a level comparable to their previous positions.

Jenny Crowley, 40, worked in marketing for a professional education and entertainment company in Chicago before her industry “screeched to a halt” during the pandemic. She has been urgently looking for a job since July — she estimated she had applied for more than 400 so far — but has had only a handful of interviews and has received no job offers, she said.

READ  Chipotle is changing Boorito Halloween promotion to a digital deal amid the coronavirus. Here's how to get the deal

Many of her friends are in similar situations — an unfortunate reality that nevertheless provides a kind of unusual solace. “It’s not unique to me at all, which is both comforting and frustrating at the same time,” said Ms. Crowley, who is single.

“I’m optimistic because I have to be,” she said. “I’m confident in my abilities and the value that I bring. I think there’s just a lot of competition in the job market right now, and I think a lot of it is right time, right place.” 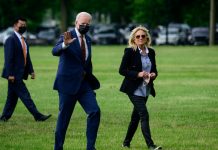 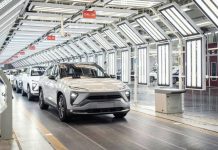 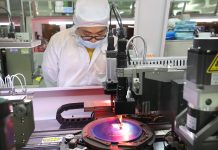 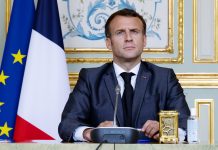 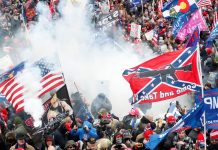