A decision by the Green mayor of Lyon, seen by many as the country’s culinary capital, to temporarily take meat off the menu in school canteens during the coronavirus pandemic has sparked a major political row in France.

Government ministers have accused the mayor, Grégory Doucet, of “ideological” and “elitist” behaviour after the measure, which is also being studied by several other cities including Paris, came into force in Lyon’s schools on Monday.

The city council has said the decision to provide the same meatless four-course lunch was purely practical, saying physical distancing rules necessitated more sittings in school canteens and it could not serve 29,000 children in two hours if there was a choice of meat and vegetarian menus.

Food represents roughly a quarter of France’s carbon footprint and proposals are being developed by the government to encourage the French both to eat more local produce and to consume less meat, but of higher quality. The French senate last year recommended a more vegetable-based diet, but mainly to counter the unhealthy impact of fast food and takeaways. There have also been proposals to reward low-emission meat producers.

But resistance to any proposals to reduce meat consumption will be fierce from France’s powerful farming lobby. The Lyon decision was met with protest in the form of tractors, cows and goats paraded in front of the city hall. Banners proclaimed: “Meat from our fields = a healthy child” and “Stopping meat is a guarantee of weakness against future viruses”.

The Lyon city council has promised canteens will offer a meat option again as soon as restrictions are relaxed and pupils have more time to eat, also pointing out that the temporary menus are not vegetarian, but contain fish and eggs, and that the previous rightwing mayor, Gérard Collomb, took the same step during the first Covid-19 wave last spring.

Doucet has said he eats meat and denied he was trying to force vegetarianism on to the city’s children. “Being able to offer a seated hot meal to all the children is important,” he told French television. “This is Lyon, the capital of gastronomy. For us, flavour is also essential.”

But that has not stopped some ministers from France’s centrist government jumping on the decision. “This is absurd from a nutritional point of view, and a scandal from a social point of view,” the agriculture minister, Julien Denormandie, told French radio.

“Let’s stop putting ideology on our children’s plates,” Denormandie said on Twitter. “Let’s just give them what they need to grow well. Meat is part of it.” He said he had asked the region’s prefect, the state-appointed top local official, to overrule the move.

The conservative interior minister, Gérald Darmanin, also took aim at what he called the “scandalous ideology” of the Lyon city council, describing the decision as “an unacceptable insult to France’s farmers and butchers”.

Darmanin said on Twitter that it was “clear that the Greens’ moralising and elitist policies excluded low-income people. For many children, the school canteen is the only place where they get to eat meat”.

In a rare display of disagreement within the cabinet, however, the environment minister, Barbara Pompili, said on a visit to a school canteen on Monday that schools should offer a daily vegetarian menu option and called the Lyon debate “prehistoric”.

Pompili said that while many people assumed “children from less privileged backgrounds eat less meat, research shows the opposite”. The health minister, Olivier Véran, also said he did not find a menu with neither meat nor fish shocking.

President Emmanuel Macron, whose La République En Marche party was meant to be “neither left nor right” and attracted politicians from both camps, has so far sidestepped the row.

Macron said during an agriculture-themed visit to a farm on Tuesday that schools should aim for “a complete model of nutrition” and that “quality meat” was produced in France. But the row foreshadows broader political battles to come.

Doucet is one of a number of Green politicians to win control of major French cities in local elections last year, in a defeat for Macron’s party that partly reflected growing concerns about the environmental damage from intensive farming and other green issues. 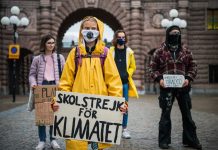 Lloyd's of London hit by loss after £6.2bn Covid payouts

Merkel, Macron and Putin in talks about using Sputnik V jab in Europe 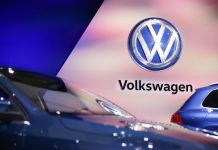 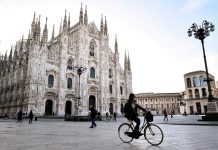 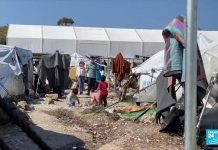