These shows are seen via the Dongfang Zhenxuan live-streaming account of New Oriental Education & Technology Group, which employed Dong before as one of its off-campus English tutors, and has now put him front and centre of its bilingual live-streaming e-commerce programmes.

What separates Dong from the vast number of live-streaming hosts in the country is his shtick: he uses quotations from various poems, relevant English phrases and even musical accompaniment to describe the goods he sells and his point of view about the world.

That somehow gives his audience a sense of being transported back to high school, where their thirst for knowledge is nurtured by teachers – the difference, in this case, is that they can just buy the goods that Dong discusses by clicking an on-screen button.

“From appearance to the background, I’m a very normal person,” Dong said in a video interview with Chinese media GQ Lab. “But being a teacher means I can help to change [the lives of] young people.”

The teacher-turned-salesman’s online popularity on Douyin has even translated into increased investor interest in Koolearn Technology Holding, which operates the live-streaming account of New Oriental. Koolearn’s shares in Hong Kong tripled in value the past week and closed up 54.19 per cent to HK$16.56 (S$2.90) on Wednesday (June 15).

For New Oriental, Dong’s success has prompted it to hire more bilingual live-streamers, each with a monthly pay of between 20,000 yuan (S$4,100) and 40,000 yuan, according to job posts published on third-party recruitment website Boss Zhipin.

Both New Oriental and Dong did not immediately respond to a request for comment on Wednesday. 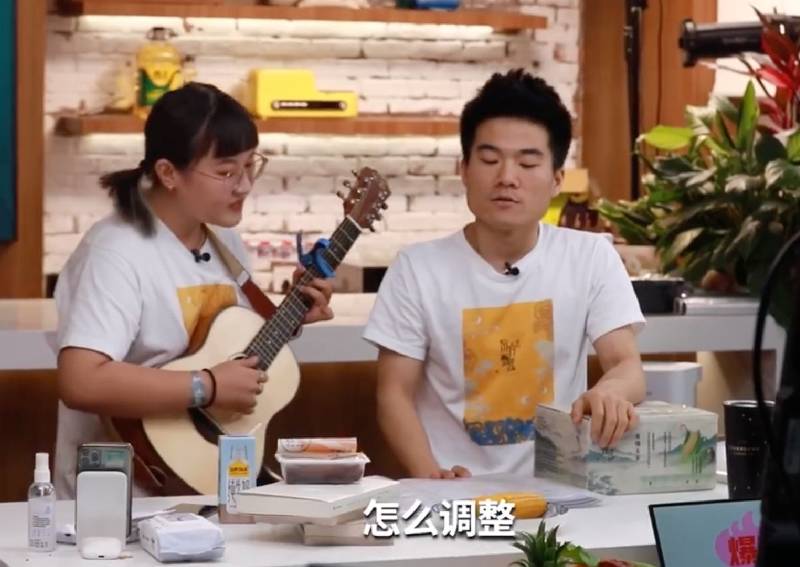 The sudden rise of Dong, who grew up in a small village in northern Shanxi province, comes at a time when more established live-streaming e-commerce stars like Viya and “Lipstick King” Li are away from the limelight for various reasons.

Li has been suspended because his show on Taobao Live on June 3 featured tank-shaped ice cream, according to a report by The Wall Street Journal. Chinese internet censors could have been triggered because the tank image is associated with the brutal Tiananmen Square crackdown by the Chinese military against a pro-democracy movement on June 4, 1989.

Viya, whose real name is Huang Wei, went from being the country’s most bankable live-streaming e-commerce star to a virtual pariah overnight after authorities in the eastern city of Hangzhou slapped her with a record 1.34 billion yuan fine for tax evasion last December.

By contrast, Dong’s path to live-streaming stardom was a rocky one.

His career as an English-language tutor seemed to come to an end when China’s crackdown on off-campus tutoring put 90 per cent of the firms in that sector out of business. Dong’s employer, New Oriental, was one of the hardest-hit companies. Its market value plunged by 90 per cent, its revenue declined by 80 per cent in 2021 and 60,000 employees were dismissed.

That dire situation prompted Michael Yu Minhong, the founder, chairman and chief executive of New Oriental to add a live-streaming host to his illustrious career in December last year.

Before Dong, Chinese entrepreneur and internet celebrity Luo Yonghao also started his career as an English tutor at New Oriental. His witty teaching style earned him a cult following that convinced him to quit New Oriental after five years. He soon founded a series of tech enterprises and later became a live-streamer on Douyin.

Dong, who claims that he has trained half a million students in English, said he now only sleeps three to four hours a day because of his newfound fame online. “I used to live-stream three to five hours a day with one session, but now [fans] are asking me to [do more shows],” he told GQ Lab. “So I work at least six hours a day with two live-streaming sessions. I’m doing interviews or preparing for live streaming [when I’m not on the show].”

“If [New Oriental’s live-streaming business] can operate very well without me, I might choose to find some rural area to be a volunteer teacher when I have enough savings and my body can’t tolerate this [workload] anymore.”