Ioannina is no Mykonos. A city on the northern Greek mainland near the border with Albania, it is landlocked and rarely on any tourist trail. As far as guidebook mentions go, it’s silverwork, feta cheese and local spring water.

But back in spring 1994 it burst on to front pages across Europe, seizing the minds of politicians. Ioannina joined the ranks of little-known European cities to host a European summit and become a household name for a fortnight.

From Messina to Maastricht, such places will fill history books of the future as they retrace the story of European integration – and Britain’s troubled joining and departure.

In March 1994, Europe’s foreign ministers, meeting in Ioannina, were arguing about power and who really gets to wield it. The debate was all about the EU’s smaller countries “taking back control”. The result – the Ioannina compromise – was a seemingly arcane technical bargain about voting rights in an enlarged EU, but it paved the way for fewer national vetoes and deeper European integration.

Ten years earlier, in June 1985, it was Schengen – not even a town or city, but a Luxembourg village – that was on everyone’s lips.

With a population of fewer than 5,000, and previously known only for its wine-making, it is close to where the territories of Belgium, France and Luxembourg meet. A number of European nations met there to sign the momentous Schengen agreement – a milestone in Europe’s integration, which abolished border controls over much of Europe.

And though most people think it started in 1957 with the Treaty of Rome – rich with imperial symbolism, surely – the key breakthrough actually came a few years before, in the more obscure city of Messina, the third-largest on the island of Sicily.

Messina kicked off the whole EEC project. However, the British famously didn’t go. Old Foreign Office hands reminisced that was it was “too outlandish and far away” to send a UK government representative.

Forty years later and over 1,000 miles north, it was another “m” that unexpectedly took centre stage.

In the student-filled but quiet medieval town of Maastricht, on the banks of the River Meuse in the Netherlands, European leaders took the huge twin strides of creating the euro and launching a European political union – creating the treaty that took the city’s name.

Imagine how the UK tabloids would have coped if the meeting had been in Berlin.

The journey of subsequent European treaties snaked across Europe in a winding path worthy of any student’s interrail ticket – from Amsterdam to Nice to Lisbon – each stop a step on the way to more European integration.

But these places are synonymous not only with leaps forward in the European project, but also rising arguments over it, as Britain fell more and more deeply out of love with the EU.

Dublin – one of Europe’s smaller capitals – witnessed one of Britain’s most momentous rows with European leaders. The acrimonious summit held there was Margaret Thatcher’s first, and was dominated by her demands for her money back. As Helmut Schmidt, the then German chancellor, quipped: she had hardly spent a penny and she wanted her pennies back.

The row simmered through summit after summit until it was finally defused five years later at Fontainebleau.

But perhaps the most poignant is another small French town with an impressive chateau, traditionally the summer residence of French presidents. Britain’s uncomfortable relationship with Europe is symbolised by the rebuff at Rambouillet.

In December 1962, the then British prime minister, Harold Macmillan, was doggedly fighting to get Britain into the European club against resistance from the French leader, General De Gaulle.

Meeting at Rambouillet’s chateau, Macmillan was bluntly let down by his French counterpart. Realising his plans to get Britain into the EEC were in ruins, Macmillan reportedly left the town in tears, leaving Britain to wait another 10 years.

Security concerns and growing workloads mean that more and more meetings are held in Brussels. But the crisscrossing journey to obscure European backwaters will continue without the UK. The decisive meetings on Europe’s future won’t be hosted by Carlisle, Leicester or any other UK town – but they could be in Belgrade or Minsk.

‘It was war’: party-goer loses hand amid clashes with French police at illegal rave 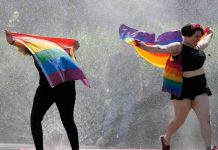 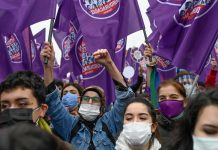 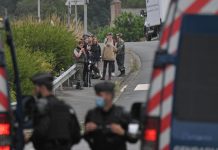 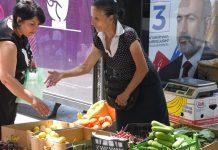