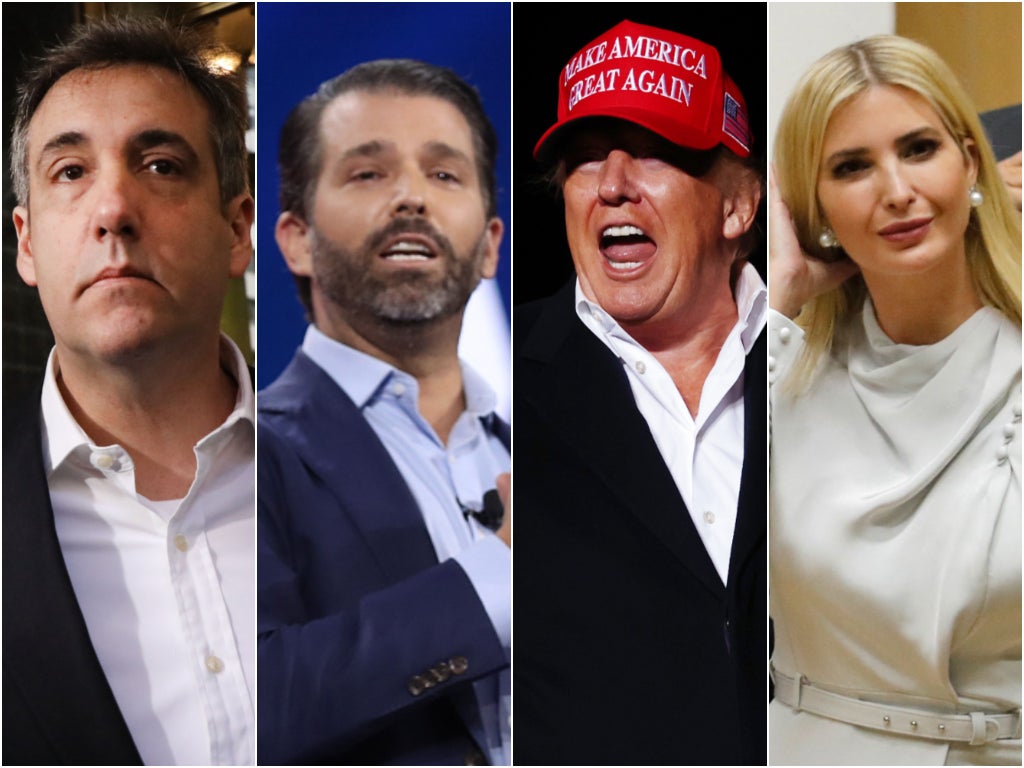 Michael Cohen has claimed that Donald Trump told him that if one of his children had to go to jail, it should be Donald Trump Jr instead of Ivanka Trump.

The former fixer and personal attorney to Mr Trump made the claim on MSNBC on Saturday, telling the network that the former president requested that Cohen “make sure” that the eldest son took the blame if revelations about the family business prompted legal action to be taken against them.

Cohen said Mr Trump made the remark years before becoming president when his kids came close to being indicted by the Manhattan District Attorney’s office in 2012.

“You may recall that there was the district attorney’s case here for Trump Soho where it was either Don or Ivanka was in very big trouble as a result of lying about the number of units that had been sold,” Cohen told MSNBC.

“And Donald said it to me, I mean I wouldn’t say it if it wasn’t said directly to me, he goes ‘if one or the other has to go to prison, make sure that it’s Don because Don would be able to handle it’,” Cohen said.

The Independent has contacted Mr Trump’s spokesperson for comment.

The pressure on the Trump Organization and the former first family is rising due to the investigations into their business dealings and handling of the 6 January Capitol riot.

New York Attorney General Letitia James has said that “significant evidence” showing fraud in valuing assets has been found in her investigation into the Trump Organization.

Ms James has moved to enforce subpoenas sent to Mr Trump as well as Mr Trump Jr and Ms Trump. The state attorney general has said that the children were “closely involved in the transactions in question”.

The House Select Committee investigating 6 January has requested that Ms Trump voluntarily give evidence to the panel.

Cohen said there was “not a chance” that Mr Trump would step in to shield either of his children from the probes.

“Donald cares only about Donald, more than he would care about his children,” Cohen said.

He added that the chances of Mr Trump Jr or Ms Trump working with either investigation are “slim to none”.

Cohen served as Mr Trump’s personal lawyer and fixer for more than 10 years before becoming embroiled in a federal investigation into hush-money payments to women who said they had had affairs with Mr Trump in the 2000s.

Cohen pleaded guilty to multiple crimes in 2018 that he committed while working for Mr Trump. He was sentenced to three years in prison. Since then, he has cooperated in numerous probes into Mr Trump and the Trump Organization.

Ms James has said that the New York Department of Justice has identified numerous misleading statements and omissions in financial statements used to get loans and to submit taxes. She is now trying to figure out who in the Trump family is responsible.

“I think there is no chance that Donald Trump didn’t know absolutely everything that was going on,” Trump biographer Michael D’Antonio told CNN earlier this week.

“If you add up what these discrepancies reach as a total, it’s half a billion dollars or more, and that’s just in the examples that the attorney general noted,” he added.

Mr D’Antonio said that Mr Trump is also “responsible for training his children to play the same games, so if he didn’t know precisely what they were doing, he knew how they were operating”.

“The key example of this, historically, was the Trump SoHo case, where early in the sales, Ivanka Trump went out and said that 60 per cent of the units were already committed to buyers,” Mr D’Antonio said. “In fact, it was only 15 per cent to 20 per cent. She knew she was lying, she had to know she was lying. There was an investigation then, and the rules were different in terms of the informal rules of operation in New York at the time, and Trump wriggled out of that case. I don’t think he can wriggle out of this one.”

Mr Trump first showed off the building in 2006 on his TV show The Apprentice. The criminal investigation into whether members of the Trump family deceived prospective buyers in the condo scheme was dropped in 2011.

Public disclosure of emails shows how Mr Trump Jr and Ms Trump were aware that the figures they used to tell possible buyers how well the units in the building were selling were in fact inaccurate.

In the book American Oligarchs: The Kushners, The Trumps And The Marriage Of Money And Power, reporter Andrea Bernstein writes that the Trumps’ emails “showed a coordinated, deliberate and knowing effort to deceive buyers. In one email, the Trumps discussed how to coordinate false information they had given to prospective buyers. Because the sales levels had been overstated at the beginning of the sales process, any statement showing a lower level could reveal the untruths”.

A civil case was settled in November 2011, with the Trumps agreeing to refund almost $3m of deposits but not admitting any wrongdoing. Buyers agreed to stop helping the Manhattan district attorney as part of the settlement.

The buyers detailed the agreement in a letter with language pushed by Trump lawyers stating that no crime had been committed, prompting the prosecutors to drop the criminal case against Mr Trump Jr and Ms Trump as they believed the letter undermined the case. 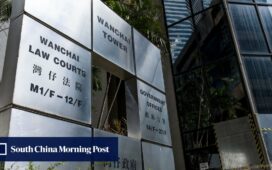 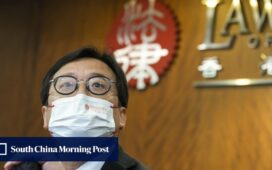 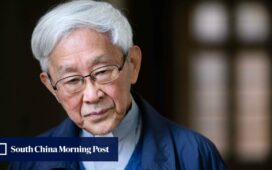 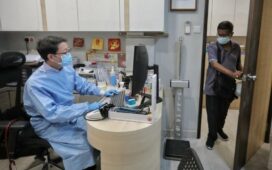