Migrant domestic workers experienced increased discrimination both in public and from their employers during the COVID-19 outbreak but have not been given guidelines on how to lodge formal complaints, the Hong Kong Federation of Asian Domestic Workers Unions (FADWU) said during a press conference Sunday.

A survey of over 420 migrant workers in the city found that around 83% said they have experienced more unfair treatment in recent months, including at markets and while taking public transportation. A number of workers have also had their contracts unfairly terminated because they left the house on their off day—a right they are legally entitled to—after their employers ordered them to stay home.

The organization said that majority of respondents did not know they could lodge a complaint to to the Equal Opportunities Commission (EOC) due to the lack of clear guidelines and outreach from the statutory body. The commission has also made it more difficult for migrant workers to file complaints by suspending the handling of cases that are lodged through email starting July 27, they added.

“Most migrant workers cannot go out on weekdays, we can only go out on Sundays so the best way for us to complain is to use emails. But now they take out this access for us,” Shiella Estrada, Secretary of the FADWU, said.

There are around 400,000 migrant domestic workers—mostly from the Philippines and Indonesia—in Hong Kong, constituting about 10% of the city’s workforce. They take up childcare and housekeeping responsibilities, earning a minimum salary of HK$4,630 (US$580) per month.

Read more: We all need to stop using the terms ‘maid’ and ‘helper’

Stuck at home during the epidemic, most have inevitably had to work longer hours under the watchful eye of their employers—some without being paid extra. Yet a poll conducted by Asian Migrants Coordinating Body in March found that an estimate of 50,000 migrant workers had not been given any surgical masks or hand sanitzers by their employers, leaving them to source their own with their meager salary.

The FADWU also criticized the government for not clarifying the working arrangement of migrant workers during the COVID-19 pandemic.

Migrant workers entering Hong Kong from the Philippines, or who have been identified as close contacts of infected COVID-19 patients, have to undergo a 14-day quarantine. But authorities have not mandated employers to pay workers during this interim.

“If we are quarantined for 14 days, are we paid or not?” Estrada said. “When we come here and we have to put in quarantine, it’s quite hard for us also if we’re not paid.”

While the epidemic has largely stabilized in Hong Kong, many countries in the region are far from flattening their virus curves. Nine people from the Philippines tested positive upon arrival in Hong Kong this month.

Raly Tejada, Consul-General of the Philippines in Hong Kong, said around 12,600 Filipino domestic workers are expected to come to the city over the next few weeks. Some are new hires while others are workers who have just renewed their contracts.

Rights groups have called on the government to set up quarantine centers for the influx. But authorities have said there are insufficient spaces to house all arrivals and that the Labor Department would look into renting out inexpensive hotels instead.

Paywall: You’re outta here, Coconuts stories are free for all

We have removed our paywall on all Coconuts stories. This does not mean the end of COCO+ Membership at all, but the value proposition is changing.

Rather than being a transactional subscription – whereby you pay for access to content – it is now a true membership program – whereby Coconuts stories are free for everyone but super-fans can monetarily support our independent journalism, and get added member benefits.

If you’d like to support Coconuts, you can become a COCO+ Member for as little as US$5 per year. Thank you! 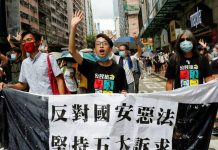 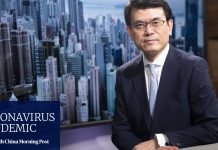 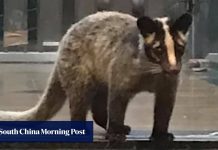 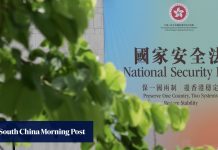 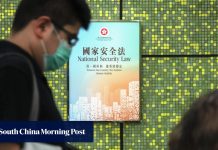 National security law: Chinese version to prevail over English one, despite Hong Kong being officially bilingual

Economy first, politics second: is this a pragmatic way out for Hong Kong – and Beijing, too? 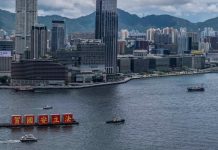 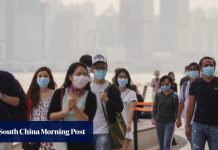