SINGAPORE – Two migrant workers who rescued a boy stranded on a third-storey ledge in Hougang have been lauded for their quick-thinking action.

In a Facebook post on Wednesday, the SCDF described Mr Dipto and Mr Jibom’s actions as “quick-thinking and selfless”, and said: “Your commendable act brings us closer to building a nation of lifesavers.”

On Sunday morning, Mr Dipto, 27, was in Hougang to prune trees but ended up rescuing a child, believed to be six years old, who had been stuck on a window ledge barely wide enough for his feet.

Mr Dipto, who moved from Bangladesh to work here eight years ago, told The Straits Times on Tuesday that he was cleaning a boom lift at Block 244 Hougang Street 22 that he used for pruning trees, when a frantic woman approached him and Mr Jibom.

She pointed to the boy, who was clinging on to a laundry pole while on a third-floor ledge at the neighbouring Block 243.

The woman told them that the door to the boy’s flat was locked, so Mr Dipto decided the best way to reach him was to use the boom lift – a caged platform at the end of a mobile crane.

With Mr Jibom directing him, he steered the lift towards Block 243 and the boy, who was crying.

In a video shared on WhatsApp and uploaded to Facebook, the child can be seen standing on the ledge while holding on to a laundry pole.

READ  3 new Covid-19 cases in Singapore, all imported, none in the community

Passers-by are heard shouting at the child to hold on, especially after his grip loosened at one point.

Meanwhile, Mr Dipto is manoeuvring the platform so that he is within reach of the stranded boy.

When he was close enough, he reached out with both arms and lifted the boy onto the platform – an act met with cheers.

With one arm firmly around the child, and the other hand controlling the boom lift, he lowered the frightened boy to safety.

Mr Dipto said a man then took the boy away.

SCDF said the child was assessed by an SCDF paramedic as not needing hospital care.

Later on Sunday morning, the boy’s mother, accompanied by the boy, met Mr Dipto in Hougang and thanked him.

Separately, non-governmental organisation Migrant Workers’ Centre (MWC) on Tuesday said on Facebook that it plans to award the duo the MWC Commendation Award. The award was established in 2020 to provide recognition for those who perform selfless acts of kindness. 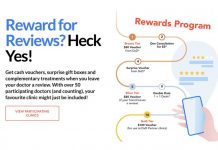 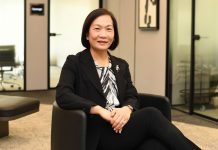