“I don’t see the government providing a subsidy. It would not be tenable for the government to do this,” he told reporters after a dialogue session with the Federation of Chinese Associations, Kuching, Samarahan and Serian Division and the Sarawak Chinese Chambers of Commerce and Industry here.

“Perhaps the government can assist industry players by giving concessions for other things to reduce the cost of doing business.”

He said the ministry will look at the recommendations and proposals raised at the dialogue, such as the high cost of consumer goods production, which the federal government can then consider.

He said discussions on the cost of doing business in Sarawak, which is higher than peninsula Malaysia, is nothing new.

“It has been an issue all these years. They (the business community) asked if and what the government can do to mitigate this burden.

“Apart from the government providing a subsidy, it will be very difficult to really look at how the government can reduce the cost which is caused by transportation and logistics,” he said.

Nanta also stressed that the cabotage policy, introduced in 1980, is not the main contributor to the high cost of consumer goods in Sarawak and Sabah.

He said the policy has been gradually relaxed over the years.

He said in the past, the business community in Sarawak and Sabah, had blamed the policy, aimed at protecting the domestic shipping industry, for the high cost of goods in both states.

“Then we looked at whether the cabotage policy was the only factor or not. Definitely not,” he added.

The minister added that when the price of fuel fell recently, the cost of transportation did not follow suit and the high price of goods on shelves has remained unchanged.

“In other words, the policy only contributed to the high cost to some extent, but to say that it has a big influence it does not seem to be that way,” he added.

Under the cabotage policy, only Malaysia-registered vessels are allowed to load and unload cargo at Malaysian ports.

In 2017, the federal government allowed foreign vessels to sail directly to ports in Sabah and Sarawak without having to go through Port Klang first, which incurred additional costs. 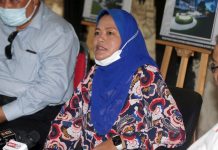 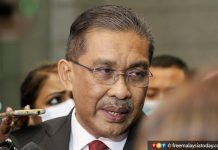