‘Mistakes of the 1930s’: Peter Dutton ramps up China rhetoric as Keating calls him a ‘dangerous personality’


Australia’s defence minister has ramped up his pre-election warnings about the threat posed by China, declaring Beijing wants countries to be “tributary states” and is building up its military at a scale that is unlikely to be peaceful.

Peter Dutton said on Friday “dark clouds” were forming in the region, and countries “would be foolish to repeat the mistakes of the 1930s”.

He said the price of Australia coming to Taiwan’s aid in a military conflict may be lower than the consequences of inaction, while accusing his critics of engaging in “simplistic” or “wishful thinking” about China’s change in posture.

China’s embassy hit back at Dutton, saying he was “fanning conflict and division”, and it hinted at further harm to the already-strained relationship between Australia and its largest trading partner.

Dutton, a significant conservative figure in Scott Morrison’s government, said China’s president, Xi Jinping, was not bluffing about Beijing’s determination to take Taiwan by the 2040s.

Dutton argued China would not stop there and would also impose a more coercive relationship with other countries in the region, resulting in “a perilous military and economic situation for our country and many others”.

Just days after he was accused by the opposition of dangerously amping up the prospect of war for domestic political purposes, Dutton injected an election message into his speech.

He said it was a “time of great uncertainty” and Australians “can be certain that the government – the Morrison government – will act to keep them safe”.

“Over the next decade, China’s nuclear warhead stockpile – estimated to be in the 200s last year – is projected to reach between 700 and 1,000 warheads,” Dutton told the National Press Club on Friday.

“Every major city in Australia, including Hobart, is within range of China’s missiles.”

Dutton said the Indo-Pacific was “witness to a military build-up of a scale and ambition that, historically, has rarely been associated with peaceful outcomes”.

Dutton said despite high tensions, the region was not on an inevitable path to conflict, “but only if all countries of goodwill ensure together we do our utmost to steer clear of the cliff face”.

“Does the Chinese government wish to occupy other countries? Not in my judgement,” Dutton said.

“But they do see us as tributary states – and that surrender of sovereignty and abandonment of any adherence to the international rule of law is what our country has fought against since federation.

“It has come at great human cost and any repeat of the mistakes of the 1930s would again exact a great cost on our country and many more.”

Dutton’s speech reflects increasing concerns held by the Australian government about China’s military buildup and its activities in the South and East China seas and the ratcheting up of military pressure against Taiwan.

But his intervention also reinforces efforts by the Morrison government to portray Labor as weak on national security and on China ahead of the election – even though there is generally bipartisan consensus on the strategic challenges in the region.

Labor’s foreign affairs spokesperson, Penny Wong, said Dutton’s speech was a case of “desperate political tactics”. She said Dutton, a one-time contender for the prime ministership who fell short in the 2018 Liberal party vote, was auditioning for Morrison’s job.

The former Australian prime minister Paul Keating went on the attack, labelling Dutton “a dangerous personality” who had laid out a “chillingly aggressive and unrealistic scenario as to Australia’s foreign and defence posture in the region”.

Keating – who weeks earlier had called for Australia to stay out of any war over status of Taiwan and who is critical of the bipartisan consensus on foreign policy – said that posture was “inappropriate to Australia’s vulnerable geographic circumstances”.

“Peter Dutton, by his incautious utterances, persists in injecting Australia into a potentially explosive situation in north Asia – a situation Australia is not in any position to manage or control, let alone to succeed and prosper in,” Keating said in a statement.

Dutton had earlier accused Keating of being in favour of appeasement with China, and of being out of touch with the current strategic realities.

“I can’t, for the life of me, reference any of what Paul Keating is saying to fact in the year 2021. There’s a great delight in thinking the US might be in decline in Keating’s mind.”

Dutton also accused some in the Australian media of advocating “peace from a position of weakness”.

The Australian government and the Labor party have both raised concerns in recent times about an increase in Chinese military pressure against Taiwan, a democratically governed island of 24 million people, amid Beijing’s long-term goal of “unification” with what it considers its territory.

But Wong took aim at Dutton for telling the Australian newspaper earlier this month: “It would be inconceivable that we wouldn’t support the US in an action if the US chose to take that action.”

On Friday, Dutton was asked what he would say to the parents of children in the Australian defence force who might be sent to a conflict to defend Taiwan.

Dutton said he would not deploy military personnel lightly, adding that he “felt that weight heavily” when he sent personnel to Kabul in August to assist with evacuation after the Taliban took control of Afghanistan.

“I cited the 1930s before and there are many men and women who, as parents, sent their children off to conflict in the near region and across Europe and many other parts of the world and those soldiers and those veterans suffered and paid a great price and I never want to see that repeated,” Dutton said.

He said if Australia were “a weak and unreliable and untrustworthy friend” to its top security ally, then it could not count on US support in the future – an outcome “that would be disastrous for not just this generation but for generations of mums and dads and members of the ADF”.

A spokesperson for the Chinese embassy said it was “inconceivable” that the relationship between China and Australia would “take on a good momentum” or that Australia’s overall interests would be served “if the Australian government bases its national strategy on such visionless analysis and outdated mentality”.

Beijing rolled out a range of trade actions against Australian export sectors last year, including wine, barley, beef and seafood, and has refused to allow ministerial calls on the basis of a bad “atmosphere” for talks.

Labor’s defence spokesperson, Brendan O’Connor, called on Morrison to “rein in” Dutton, arguing it was “really irresponsible” for the defence minister to misrepresent the views of the Australian opposition.

“I think he has every right to say that we have to be prepared for the worst and obviously look to ensure the best possible outcome in our region – but I do not think using for political purposes war rhetoric has been useful, has been helpful, has in any way been wise,” O’Connor told Sky News.

“We will not back down to the list of demands from China, and we support the Government when it comes to defending our values and our interests in this region,” O’Connor said. 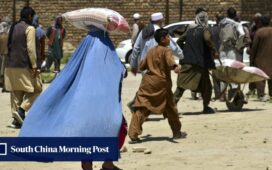 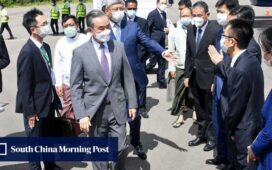 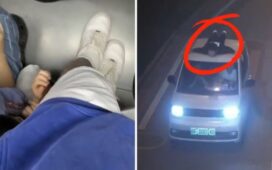