A migrant worker’s Facebook post on Wednesday (June 22) that his work permit was not renewed due to an “adverse record with a government agency” prompted a flurry of comments online, with some calling it a “terrible injustice” while another posted that “lying and stirring trouble will have consequences”.

Bangladeshi Zakir Hossain wrote about the living conditions at Westlite Tukang dormitory back in Oct 2021 calling migrant workers “work slaves” and alleging that soldiers and armoured vehicles had surrounded that dormitory due to a confrontation between workers and management.

In response to media queries, the Ministry of Manpower (MOM) released a statement on Wednesday (June 22) saying that Zakir, 43, was allowed to work in Singapore “despite his activism and writings” but he has “overstayed his welcome”.

The agency said lines had to be drawn when “public posts are misleading, false or deliberately provocative” and called Zakir’s claims “a false characterisation”.

“There were no soldiers, let alone armoured vehicles, around,” said MOM, adding that Zakir had also signed off his post as from the “workers of Westlite Tukang”, though he never lived there.

Since then, both Zakir’s post and MOM’s statement have appeared on various social media platforms.

Some netizens took issue with MOM’s statement that Zakir had “overstayed his welcome”, which some felt was too strongly-worded.

A Twitter user, Mrknowiteyal, described the statement as “insensitive and frankly shocking”.

With full disrespect, MOM's statement about Zakir is insensitive and frankly shocking

MOM’s non-renewal on Zakir Hossain’s employment visa and their statement on it is nothing short of scandalous.

“He has overstayed his welcome” are strong and bitter words. This decision is entirely political and they’re not even trying to hide it.

According to Zakir’s Facebook post, he has actively been involved in various community projects to raise awareness about pressing issues and to “boost the overall well-being of [the migrant worker] community”.

A former freelance journalist and poet, he also founded literary interest group Migrant Writers of Singapore and started “One Bag, One Book”, a book-sharing project for foreign workers here.

Others noted his contributions to Singapore during his time here and felt he didn’t deserve such treatment. 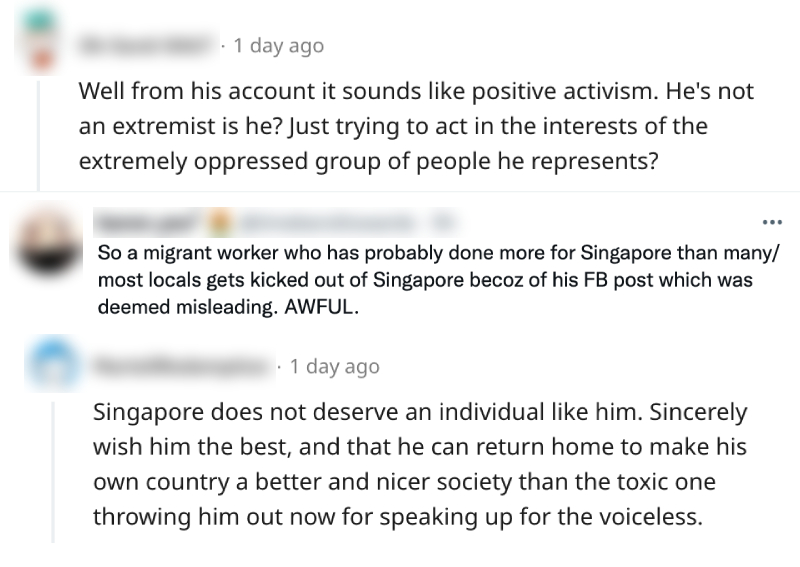 There were some netizens who suggested that there might have been other administrative issues that prevented his permit from getting renewed. 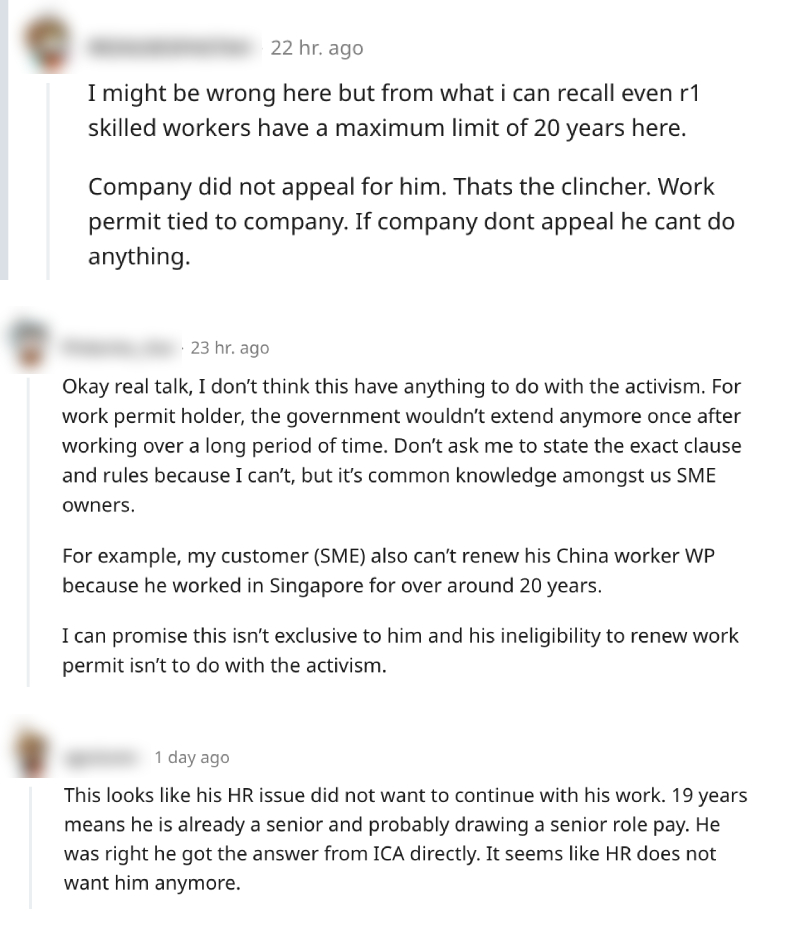 On the other end of the spectrum, one Facebook user said that if Zakir does not like the system or living here, he is free to return to his hometown peacefully.

“Maybe you can contribute more to your own country and help it to grow better,” posted that user.

One netizen felt that Zakir’s post reflected an “entitled attitude”, while another made a reference to Zakir’s Facebook post and remarked that he was now “free” from being a “work slave”. 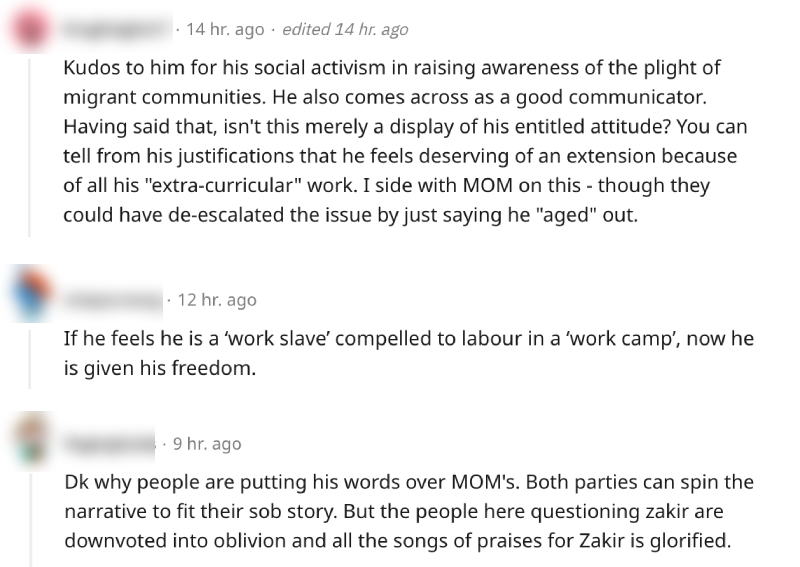 Zakir returned to his home in Bangladesh on June 8 after working in Singapore for nearly two decades.