How does a monkey answer the call of nature? It goes to the toilet too, it seems.

A retiree who visited Central Catchment Nature Reserve with his ex-colleagues last Friday (Nov 6) afternoon spotted a pair of dusky langurs munching on some leaves and fruits of a tree.

Then one of them headed to the nearby gents, perching itself on a washbasin and proceeding to do its business there.

Not one to miss documenting a wildlife sighting, the 65-year-old man recorded the primate’s antics in the toilet.

“I guess we need to guide him on which is the urinal and which is a washbasin. It’s a work in progress,” he quipped as he shared a photo of the amusing encounter on Facebook page My Nature Relish.

After the deed was done, the monkey got some soap from the dispenser and turned on the tap — but it did not go on to wash its hands.

It smeared the soap on the mirror instead.

Before it left, the cheeky animal didn’t forget to check its appearance, it even gave a smooch to its reflection.

The monkey probably tried to mimic what it had seen humans doing in the toilet, the retiree reasoned.

Calling the monkey’s exploration of its surroundings “adorable,” he told Lianhe Wanbao: “We held in our laughter in case we scared it off.”

Once it was done visiting both the gents and the ladies, the monkey climbed back up the tree to join its companion for another round of feasting.

It was a rare sighting too, the retiree added, as the dusky langur is native to Malaysia.

But three of them made their way across the strait and were first spotted in Woodlands last August.

Two of them, both male, then ventured to Thomson Nature Park and Windsor Nature Park, local researchers noted in the Journal of Threatened Taxa.

After they were seen chasing Singapore’s two native species — the long-tailed macaque and Raffles’ banded langurs — from the trees, NParks said that it is currently keeping an eye on dusky langurs to assess their potential ecological impact here. 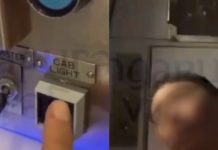 Sleeping on the job? Train captain in viral video no longer working at SMRT 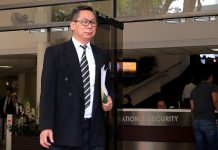 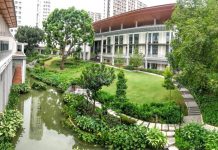 Parks and developments recognised for good landscape design and management 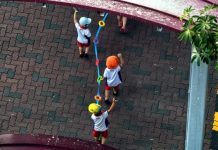 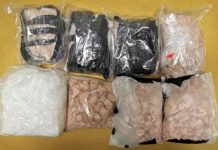 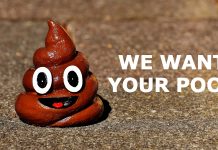 This research company wants your poop for cancer research and transplants 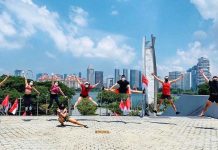 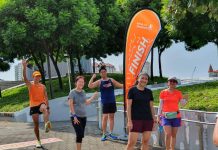 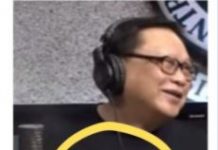 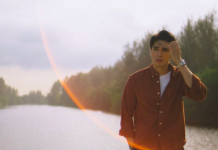 Joel Choo bids Mediacorp goodbye, strikes off on his own 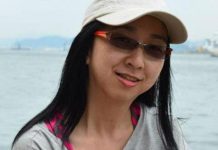 Cyclist killed in crash with shuttle bus at NTU had just bought her bicycle, says husband who's currently in Malaysia