Like Venom before it, Morbius is a Marvel Comics-inspired blockbuster set in the outer reaches of the Spider-Verse. Created by Roy Thomas, and first appearing in print in 1971, the titular “living vampire” was a dangerous antagonist to Spider-Man.

Here, as with the Venom movies, Spidey is nowhere to be seen. Instead, we get an origin story as the brilliant scientist Dr Michael Morbius (Jared Leto) attempts to cure his rare blood disease.

After a prologue about his childhood in a facility run by the caring Nicholas (Jared Harris), the story moves on a quarter-century. Morbius (Jared Leto) is now a revered Nobel Prize winner whose development of artificial blood has helped millions.

Behind this is a desperate desire to alleviate his own debilitating condition, aided by fellow doctor Martine Bancroft (Adria Arjona). 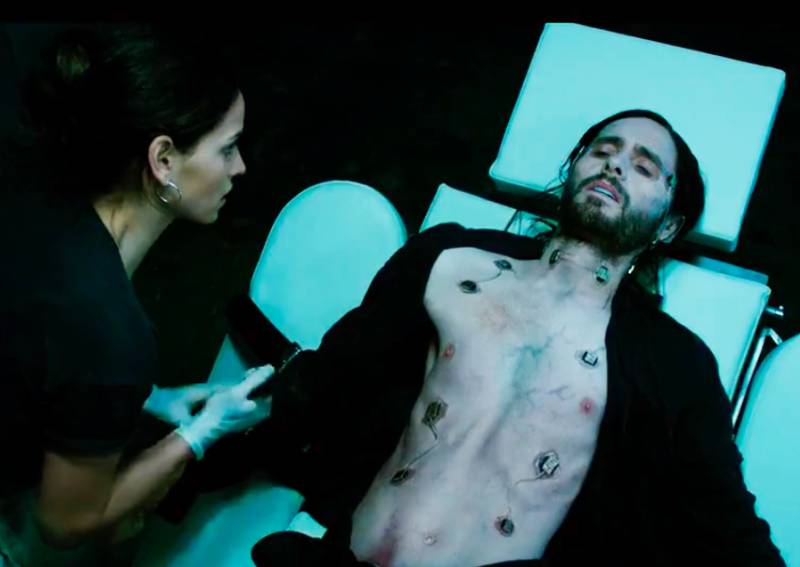 “You don’t want to see me when I’m hungry,” he says, a sly wink to that other Marvel transformer, Hulk, and his trademark “angry” comment. That, it should be noted, is one of the better lines in a threadbare script that even sees Morbius make a head-scratching reference to romance movie The Notebook .

After Morbius’ “cure” goes disastrously wrong, leaving multiple people dead on a container ship a few miles off Long Island, he becomes a target for the authorities.

But there are bigger issues when his friend Milo (Matt Smith), who suffers from the same disease, ingests the serum too and takes great delight in his new bloodsucking powers. “It’s not a curse, it’s a gift,” he crows, as he and Morbius come to blows.

Directed by Daniel Espinosa (Safe House, Life), Morbius sends Marvel back to the bad old pre-Marvel Cinematic Universe days. The characters are poorly drawn, motivations are muddled and special effects are slathered over the film to cover up the patchier elements.

So often a dedicated actor, Leto offers little here (though, to be fair, he has almost nothing to work with), while Smith overacts wildly to compensate for his paper-thin role.

Although the CG vampire effects have real bite, there’s very little that’s scary in Morbius. As horror films go, it’s at the anodyne end of the scale.

At least the post-credits stings attempt to tie the film into the wider Spider-Man story, where Morbius may work better as a villain in a larger ensemble. On his own, he’s lifeless. Moribund, even.