SINGAPORE: Most of the cost and design issues surrounding the F-35 fighter jets have been resolved, said the Chief of Air Force, as he expressed confidence in Singapore’s decision to purchase up to 12 of the fifth-generation aircraft.

“In the early days of the programme, the F-35 was marred by design deficiencies and cost overruns,” said Major-General (MG) Kelvin Khong on Friday (Feb 14). “But most of the issues have been resolved in recent years.”

MG Khong was responding to written questions from local media in conjunction with this year’s Singapore Airshow, where the US Marine Corps’ F-35B is performing aerobatics. Singapore was recently cleared to buy the B variant of the jet, which can take off from shorter runways and land vertically.

READ: Singapore Airshow gives a first glimpse of what to expect from the F-35B ahead of RSAF assessment

The purchase is estimated to cost US$2.75 billion (S$3.71 billion), making it the most expensive warplane the Republic of Singapore Air Force (RSAF) has ever bought.

“We are convinced that the F-35 programme has matured to a stage where confidence in the eventual delivery of a cost-effective fifth-generation fighter is high,” MG Khong said.

Based on “best estimates”, he highlighted that the total cost of buying and operating an F-35B over its life span is comparable to that of the F-15SG.

“The F-35 programme has been making good progress and the price of the aircraft has been steadily falling due to healthy orders from the US and other countries including the United Kingdom, Australia and Japan,” he added.

READ  China reports 46 new coronavirus cases, all but one imported

READ: Ng Eng Hen confident that technical glitches in F-35 fighter jet ‘will be solved’ before delivery to Singapore

Critics of the F-35 programme have said that technical glitches, if left unfixed, could risk pilot safety and the jet’s ability to accomplish its mission.

According to a New York Times Magazine report last August, F-35s are also spending more time grounded for maintenance due to a shortage of spare parts, especially as the parts are sourced from multiple suppliers across the globe.

In January, the Pentagon said it would replace the F-35’s autonomic logistics information system, designed to consolidate the buying of parts and scheduling of repairs, after reports that it was malfunctioning and delaying maintenance.

“In any development of this complexity, it is inevitable that there will be challenges to deal with,” MG Khong said.

“And although some work still needs to be done on issues like the logistics sustainment for the aircraft, most of the other issues have already been resolved.”

“This propulsion approach overcomes many of the temperature, velocity and power challenges of direct-lift systems,” he stated.

“Given the limited land in Singapore, the capability to take-off from a shorter length of runway and land vertically is important.”

MG Khong said the initial training and evaluation of the four F-35Bs RSAF has requested to buy will be done in the continental United States, adding that it is discussing possible locations.

“The evaluation will include the performance of the aircraft as well as our ability to integrate it into the RSAF warfighting systems,” he said.

“We believe it is not sufficient for the platform itself to be capable. It needs to be integrated into the RSAF system so that the effects of its combat power can be multiplied.”

The F-35 is not the only hardware RSAF is looking at to boost its capabilities.

“Besides the F-35, we will also invest in unmanned technology to strengthen our warfighting system,” MG Khong revealed.

He said unmanned aerial vehicles’ (UAV) ability to integrate with other Singapore Armed Forces (SAF) platforms, like fighter jets and artillery rockets, enables it to “deliver precise firepower, even when the adversary is trying to hide.”

READ: Meet the Navy’s new ‘mothership’ that fights with unmanned drones and vessels

For instance, the Republic of Singapore Navy has announced that its future multi-role combat vessel will function as a mother ship for an unmanned network of drones, surface and sub-surface ships.

“UAVs, with their capable sensors and persistence, will continue to play a key role to provide Air Intelligence, Surveillance and Reconnaissance capabilities for the SAF,” MG Khong said.

He said UAVs are also getting increasingly smaller with the ability to stay airborne longer, partly due to better engines and the miniaturisation of the sensors they carry.

“For example, they can be paired with larger UAVs as they have a smaller signature and we can operate them closer to the adversary without being noticed.”

MG Khong said RSAF’s Hermes 450 and Heron 1 UAVs have been in service since 2007 and 2012 respectively and as they have a shorter lifespan than manned platforms, they may become obsolete in the next few years.

“We are keeping track of the technology developments in UAVs and we are studying new concepts to achieve the outcomes we want,” MG Khong added. “In time, we will announce our plans to renew our UAV capability.”

Beyond that, MG Khong said the RSAF needs to invest in technologies to operate more effectively in a complex environment, adding that it will build up its data analytics and artificial intelligence capabilities.

“For instance, we are applying data analytics and artificial intelligence to help our air defence operators monitor the complex air situation picture more effectively,” he said.

We are also experimenting with various applications of robotics, data analytics and artificial intelligence in the development of our Smart Airbase project.”

MG Khong said air combat of the future will not be the traditional fight between large formations of aircraft, where the side with larger numbers has the upper hand.

“It is about how effectively one can combine traditional air combat capabilities with technologies that multiply the effects of air power,” he added.

“It is also about how effectively one can combine combat power across multiple domains to present dilemmas to the adversary so it is impossible for the adversary to defend.”

THE THREAT OF DRONES

A recent example of this new kind of warfare was when drones attacked oil processing facilities in Saudi Arabia last September, shutting down oil production by half.

“Larger, military-grade weaponised drones are perhaps less easy to acquire and operate (than smaller commercial drones), but can wreak far greater damage, and so continues to present a serious threat that we must be prepared to guard against,” MG Khong said.

“We have built up capabilities to prevent such drones from attacking Singapore, but we will need to continue to enhance these capabilities as the drone threat continues to evolve.”

Still, MG Khong warned that smaller drones also represent a threat, pointing to an incident at London’s Gatwick Airport in December 2018 where drones sightings close to the runway disrupted about 140,000 passengers and 1,000 flights.

“The RSAF assisted the Ministry of Transport and the Civil Aviation Authority of Singapore as part of the multi-agency team activated for the search and locate operations, and we are glad we were able to limit the disruptions to just short periods of time over the few days,” MG Khong said.

MG Khong said the RSAF had conducted over the last year a “fundamental review” of all its training activities to identify those with high risks and determine if they were still “relevant and necessary”.

“We removed training that was no longer deemed necessary and mitigated risks for those that were,” he said, adding that the latter involves using safety harnesses to minimise fall risks during maintenance and mandating safe distances from moving heavy equipment during runway repair works.

MG Khong said safety has always been an “area of emphasis” across all levels of the RSAF.

“Our philosophy is to give emphasis to safety and operational success alike, and one should not be compromised at the expense of the other,” he stated.

Drawing a line under the Kashmir conflict | Letter 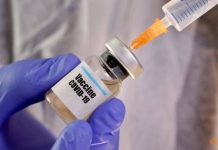 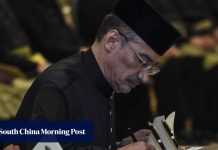 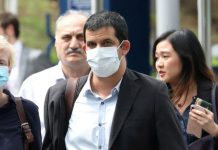 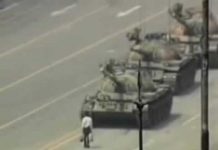 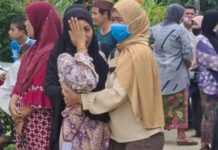 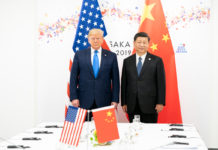 Why the fuss? The US, Taiwan and China — a guide