Tougher measures are needed to strengthen the Singaporean core of the workforce, said labour MP Patrick Tay, citing anti-discrimination legislation as an example.

He added that there remain concerns on the ground that reliance on foreign professionals has led to an unnecessary increase in competition in the job market.

Speaking in Parliament during the Budget debate yesterday, Mr Tay (Pioneer) said: “To safeguard the Singaporean core and curb discriminatory hiring, we must ensure that Singaporean professionals, managers and executives (PMEs) have access to a level playing field for jobs while balancing companies’ manpower needs in the immediate and longer term.”

To this end, he suggested formal legislation to deter cases of discrimination, whether by nationality, age, gender, disability or race.

“Perhaps it is time for us to seriously deep dive and consider, beyond mere tripartite advisories, guidelines and standards, to promulgate anti-discrimination legislation to give a stronger set of teeth to existing institutions like the Tripartite Alliance for Fair and Progressive Employment Practices (Tafep),” he said.

Such legislation could send a stronger signal than the current tripartite standards and guidelines, he said. It can also serve as a clear deterrent to firms, give Tafep wider powers, and eradicate all forms of discrimination at workplaces by employers or agencies.

Mr Tay, who is also an assistant secretary-general of the National Trades Union Congress, noted that some PMETs (professionals, managers, executives and technicians) viewed the increase in qualifying salary for foreign talent as raising their minimum wages. They were also concerned that employers might not give commensurate pay hikes to Singaporean employees who perform similar jobs.

He added that he has heard of employers who “downgraded” Employment Pass holders to S Pass holders to comply with the policy changes, although these workers were performing the same job function.

S Pass holders must earn a fixed monthly salary of at least $2,500 and are typically degree or diploma holders, such as technicians, while Employment Pass holders need to earn at least $4,500 a month.

Mr Tay said: “We therefore need to look at ways to further strengthen the S Pass criteria and conditions to prevent such a back-door approach.

“This also means we need continued stricter enforcement against errant companies with a weakening Singaporean core.”

This is especially so for firms which are persistently “triple weak”, said Mr Tay. This refers to companies with a highly disproportionate number of foreign PMEs, who have weak commitment to strengthening their Singaporean core, and weak relevance to Singapore’s economy and society.

Other suggestions he made include publishing a watch list of such companies as a deterrent, or imposing mandatory audits and penalties on firms with discriminatory hiring practices.

He acknowledged that employers might bring in foreign talent to fill skills gaps in the current workforce, but added that they then must also have clear plans to build a pipeline of locals to eventually fill roles at all levels of their hierarchy.

“It is imperative that we monitor and ensure concerted, structured and institutionalised skills and knowledge transfer from these foreign PMEs to our local PMEs within a stipulated and agreed timeframe,” he said.

READ  Cross-border passage of certain plastic waste to be regulated

“I would like to call on all employers to make the local workforce your employee of choice, and ensure skills transfer to the local workers to moderate reliance on foreign labour,” he said. 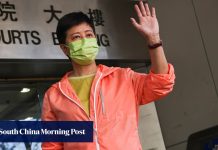 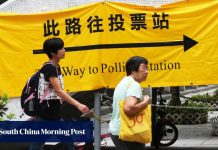 Hong Kong voters free to cast blank ballots, but urging others to do so could be made a crime, Carrie Lam confirms

Singapore, Malaysia to discuss border reopening during Muhyiddin's May 4 visit 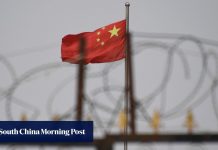 9,500 people have taken on SGUnited traineeships, attachments so far: MOM