From humble beginnings as a trading port to the most beautiful city in Asia, Singapore has certainly had a makeover or two in the last 200 years.

Has shifting from kampungs to HDB flats and skyscrapers changed Singaporeans fundamentally as well?

As Total Defence welcomes a new pillar Digital Defence this year, it is timely to take stock of our social fabric.

Sure, we may be a little kiasu at times, but as these firsthand accounts of kindness and compassion show, you can take us out of the kampung, but you can’t take the kampung spirit out of us.

1. NS BUDDIES ARE BUDDIES FOR LIFE

During my army days, I wasn’t the strongest physically and I would fall sick often. I also had instances of chest pains and fainting spells. As I entered my unit, I had so many negative and paranoid thoughts like, “How am I supposed to finish the rest of this journey?”

Being an only child, the thought of having no other siblings to care for my parents if anything happened to me just made me spiral even more.

However, as the days went by, I realised that the guys in my unit were always there for me. One guy in particular never gave up on me and was there to help me throughout the entire army journey without any complaints.

During route march, when I felt so weak that I couldn’t move, he would carry my rifle. During exercises, he would do as much as he could to lighten my load. When I felt like I couldn’t do it, he was there to encourage me. He was the main reason I even managed to get through the toughest two years of my life.

Till today, no matter what I ask of him, he will try to help me to the best of his abilities without asking for anything back. I feel blessed every day, knowing that I have a friend like him.

Growing up in Jurong, there was definitely a lot of kampung spirit because we came from actual kampungs. When we settled there, we brought that culture with us.

My sister and my brother married Chinese people, and my other sister married a guy from Pakistan.

Even now, when I visit my sister in Jurong, I see that they all mix around — Chinese, Indian, Malay. They don’t see any colour.

I really think that my family is my inspiration. Even though my brothers-in-law and sister-in-law have converted to Islam, they didn’t throw away their culture. It is still part of their life. For example, my sister will cook Chinese food for her husband. Mixing around with them, we end up having so many blended cultures in our family.

My brothers-in-law cannot speak much Malay but we still understand each other. They also make the effort to follow Muslim laws like fasting.

I think the key is to be patient with each other.

3. THE STRANGERS ON THE BUS

Sometimes it’s the random acts of kindness that really restore my faith in humanity.

I remember one incident a couple of years back when I was in university. I had boarded a bus but my EZ-Link card was out of money. The bus had already moved off and there I was, still struggling with my coins. As a firm believer in the cashless movement, I didn’t have any cash on me and barely scraped together a few coins that weren’t enough to pay my fare. I felt so bad.

But out of nowhere, this young, well-dressed guy came up to me and asked me if I needed help. Another office lady also offered to top up the money that I was missing.

The amount that they gave me was probably less than a dollar, but it meant a lot to me that two complete strangers were nice enough to get up from their seats to check on me. It’s inspired me to try to do the same for others.

I have been living in Bishan since my block was first built – that’s about 30 years – and I love it here. This place will be my home for life.

It’s not exactly like the kampungs in the past where people keep their doors open but it’s peaceful and the neighbours here are good. I really have no complaints.

Over the years, I have gotten to know everyone as friends, even the stall owners in the nearby market. Sometimes I go to the market and end up not having enough cash on me. They will say: “Never mind, next day return also okay!”

5. PROUD TO BE SINGAPOREAN

I think being able to travel the world, and to come back and look at just how much Singapore has grown in comparison to neighbouring countries makes me feel proud to be a Singaporean.

In the military, I served as a Close Combat Instructor, so I travelled pretty much all over the country to teach other soldiers the basic, intermediate and advanced techniques they would need to protect themselves in hand-to-hand combat should anything happen.

As for who inspired me in the military, I’d have to say anyone who gave it their all. I think anyone who is able to turn a negative into a positive, and is able to go into things with an open mind and learn things deserves respect and they inspire me to be better.

PUTTING TOTAL DEFENCE IN ACTION IN OUR LIVES

Over the years, Singapore has changed a great deal and faced different threats but one thing has stayed the same — the need for every Singaporean to play a part in defending our home.

As the stories above underscore, we are stronger together and we can face any challenges.

Total Defence reminds us that together we can increase Singapore’s resilience through the Military, Civil, Economic, Social, Psychological and the new Digital Defence pillars.

Now that the Total Defence logo is changing to include the sixth pillar, you can do your part by helping to pick the new logo. Select your favourite logo design below by Dec 29 and win exciting prizes!

This post is brought to you in partnership with the Total Defence Logo Design Competition. 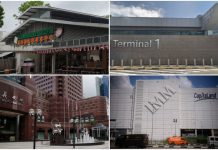 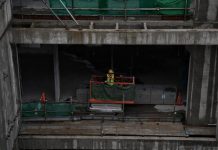 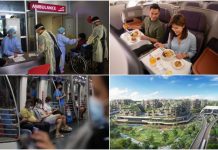 Evening Update: Today's headlines from The Straits Times on Sept 29 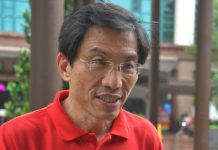 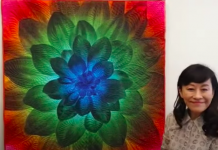 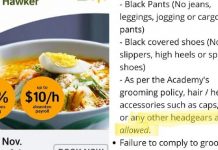 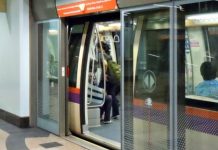 I dropped my phone and slippers onto the MRT tracks. Here's what to do if it happens to you 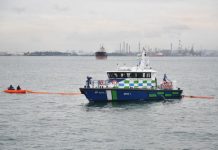