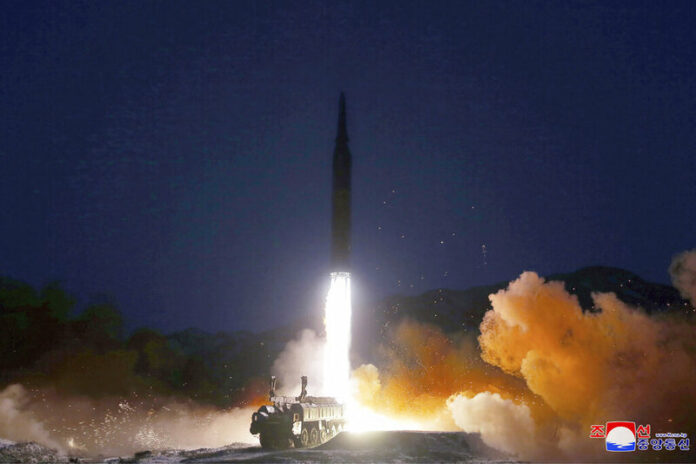 SEOUL, South Korea (AP) — North Korea on Friday fired at least one possible ballistic missile in its third weapons launch this month, officials in South Korea and Japan said, in an apparent reprisal for fresh sanctions imposed by the Biden administration for its continuing test launches.

South Korea’s Joint Chiefs of Staff said the weapon was fired toward the east but did not immediately say where it landed or provided other details.

Japan’s Prime Minister’s Office and the Defense Ministry also said they detected the North Korean launch and said it was possibly a ballistic missile.

The Japanese coast guard issued a safety advisory, saying an object had possibly landed already. It urged vessels between the Korean Peninsula and Japan, as well as the East China Sea and the North Pacific, to “pay attention to further information and to keep clear when recognizing falling object.”

The announcement by the Treasury Department came just hours after North Korea said leader Kim Jong Un oversaw a successful test of a hypersonic missile on Tuesday that he claimed would greatly increase the country’s nuclear “war deterrent.”

Tuesday’s test was North Korea’s second demonstration of its purported hypersonic missile in a week. The country in recent months has been ramping up tests of new, potentially nuclear-capable missiles designed to overwhelm missile defense systems in the region, as it continues to expand its military capabilities amid a freeze in diplomacy with the United States.

The spokesperson said the new sanctions underscore hostile U.S. intent aimed at “isolating and stifling” the North despite Washington’s repeated calls for Pyongyang to resume diplomacy that has stalled over disagreements about sanctions relief and nuclear disarmament steps.

The spokesperson accused the United States of maintaining a “gangster-like” stance, saying that the North’s development of the new missile is part of its efforts to modernize its military and does not target any specific country or threaten the security of its neighbors.

“Nevertheless, the U.S. is intentionally escalating the situation even with the activation of independent sanctions, not content with referring the DPRK’s just activity to the UN Security Council,” the spokesperson said, using an abbreviation of North Korea’s formal name, the Democratic People’s Republic of Korea.

“This shows that though the present U.S. administration is trumpeting about diplomacy and dialogue, it is still engrossed in its policy for isolating and stifling the DPRK … If the U.S. adopts such a confrontational stance, the DPRK will be forced to take stronger and certain reaction to it,” the spokesperson said.

Hypersonic weapons, which fly at speeds in excess of Mach 5, or five times the speed of sound, could pose a crucial challenge to missile defense systems because of their speed and maneuverability.

The Biden administration, whose policies have reflected a broader shift in U.S. focus from counterterrorism and so-called rogue states like North Korea and Iran to confronting China, has said it’s willing to resume talks with North Korea at any time without preconditions.

But North Korea has so far rejected the idea of open-ended talks, saying the U.S. must first withdraw its “hostile policy,” a term Pyongyang mainly uses to describe the sanctions and joint U.S.-South Korea military drills.

In an interview with MSNBC, Secretary of State Antony Blinken called the North’s latest tests “profoundly destabilizing” and said the United States was deeply engaged at the U.N. and with key partners, including allies South Korea and Japan, on a response.

“I think some of this is North Korea trying to get attention. It’s done that in the past. It’ll probably continue to do that,” Blinken said. “But we are very focused with allies and partners in making sure that they and we are properly defended and that there are repercussions, consequences for these actions by North Korea.”

A U.S.-led diplomatic push aimed at convincing North Korea to abandon its nuclear weapons program collapsed in 2019 after the Trump administration rejected the North’s demands for major sanctions relief in exchange for a partial surrender of its nuclear capabilities.

Kim Jong Un has since pledged to further expand a nuclear arsenal he clearly sees as his strongest guarantee of survival, despite the country’s economy suffering major setbacks amid pandemic-related border closures and persistent U.S.-led sanctions. 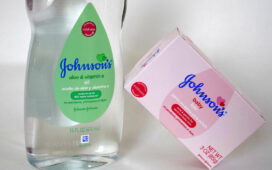 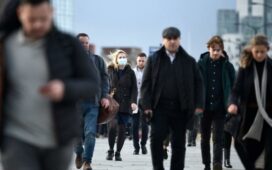 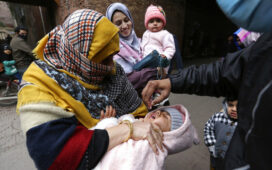 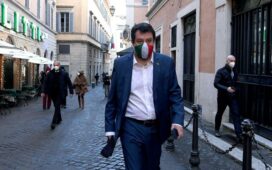 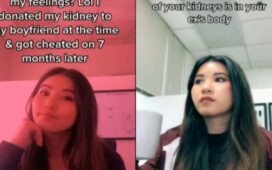 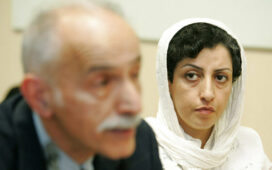