The NBA’s developmental G League has launched an investigation after Jeremy Lin said he was called “coronavirus” on the court.

Lin, who plays for the Golden State Warriors’ G League affiliate, the Santa Cruz Warriors, shared in a heartfelt social media post that he experienced an act of racism during a game without saying when or where it happened.

A league spokesman confirmed to the New York Times that an investigation had been opened.

Golden State coach Steve Kerr said he will support Lin and denounced any discriminatory act that caused Lin to speak out about racism targeting Asian Americans.

The first American-born player of Chinese or Taiwanese descent in the NBA, Lin and his the Warriors are playing at the neutral G League bubble venue in Lake Buena Vista, Florida.

“Being an Asian American doesn’t mean we don’t experience poverty and racism. Being a 9-year NBA veteran doesn’t protect me from being called ‘coronavirus’ on the court,” Lin wrote. “Being a man of faith doesn’t mean I don’t fight for justice, for myself and for others. So here we are again, sharing how we feel. Is anyone listening?”

Kerr wasn’t sure how he would proceed until he gathered more information, but vowed to support Lin. The 32-year-old Lin played 29 games for the Warriors as a rookie in 2010-11, then went to the New York Knicks and gained the popularity that spawned the nickname “Linsanity”. A Taiwanese American, Lin was born in the Southern California city of Torrance but grew up in the San Francisco Bay Area.

“Really powerful. I applaud Jeremy for his words and echo his sentiments regarding racism against the Asian-American community,” Kerr said before Golden State hosted Charlotte at Chase Center. “It’s just so ridiculous and obviously spawned by many people, including our former president, as it relates to the coronavirus originating in China. It’s just shocking. I can’t wrap my head around any of it, but I can’t wrap my head around racism in general.

“We’re all just flesh and blood. We’re all just people. As (Gregg) Pop (Popovich) once said to me, ‘We’re all accidents of birth. We’re born. We come out the way we are. We don’t have a say in it. What we do have a say in is how we treat people.’ It’s shocking to me that we can treat each other so poorly based on the color of skin or whatever it is. So I applaud Jeremy for speaking up.”

Lin, who last year pledged up to $1 million to coronavirus relief efforts, said there was a generational shift in Asian Americans in a post on his Facebook page:

Lin followed that post with another on Saturday, saying he did not plan on publicly outing the player who used the term.

“I know this will disappoint some of you but I’m not naming or shaming anyone,” Lin tweeted. “What good does it do in this situation for someone to be torn down? It doesn’t make my community safer or solve any of our long-term problems with racism.”

In addition to his stints with the Warriors and Knicks, Lin has also played for the Houston Rockets, Los Angeles Lakers, Charlotte Hornets, Brooklyn Nets and Atlanta Hawks and in 2019 became the first Asian-American to win an NBA championship, doing so with the Toronto Raptors. 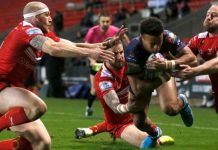 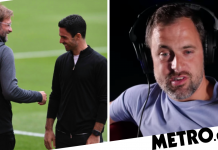 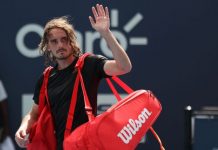 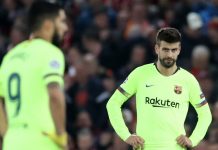 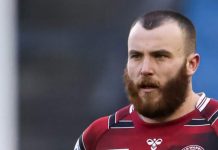 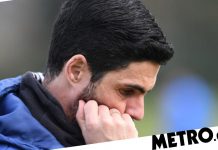 Supporters to be allowed back into Wembley for Carabao Cup final 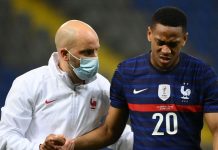 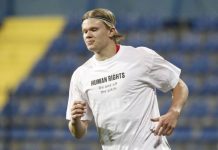 Football: Haaland's agent and father reportedly in talks with Barca

Diego Llorente: 'I didn’t realise how different Bielsa is in his training'