Singapore — Cleanliness, they say, is next to godliness. Many netizens seem to agree, as they’ve poured out praise for the 65-year-old auntie who at least twice a month cleans the entire Housing Board (HDB) block where she lives.

Crowdsourced news site Stomp first reported about the woman on July 24, who was later identified as Madam Feng Qing Rong, a retiree and resident of Block 454 Tampines Street 42.

A contributor named Bhuvana said that the older lady told her that she wanted to create an environment that was clean throughout the whole Housing Development Board (HDB) block.

All 11 floors of the building in an hour, apparently.

“She is so nice and sweet and never forgets to move our shoes away when she’s cleaning the floors. Whenever I hear the sounds of water, I will go talk to her and help her out to make it easier for her,” Bhuvana told Stomp.

“I’ve seen her cleaning downstairs too and have told her that I’m very impressed with her,” she added. “I know that Singapore is a very clean country but I’ve never seen anyone cleaning the entire HDB block from top to bottom!”

The day after she was featured on Stomp, Madam Feng was interviewed by Shin Min Daily News.

She told the media outfit,  “I’ve been living here for more than 20 years.

I retired more than a year ago and that was when I managed to find spare time.

I wash the block about once every week and take about an hour to clean all 11 floors.”

One of her neighbors, a Mr Lin, was quoted in Stomp as saying, “She’s using water from her home to wash the block. There were some cat faeces at the block before but Mdm Feng cleaned it all up by herself.”

Netizens were full of praise for the tidy and hardworking auntie.

Others commented on how quickly the 65-year-old cleans an HDB block that has 11 floors.

Some netizens said that she must be commended by the Tampines town council.

Yet others said they wished she were their neighbor, or that they wanted to move to where she lives.

However, most agreed that she is doing a beautiful thing for her neighbors.

Read also: Woman perched precariously on a ledge of a 10-storey HDB unit taking care her plants in the pouring rain

Mixed responses on installation of CCTV at HDB corridor 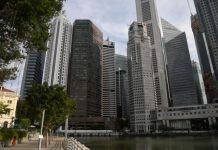 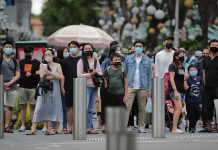 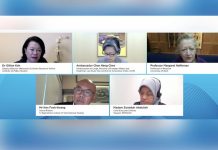 Leaders should be 'bold, diverse, come from different generations' 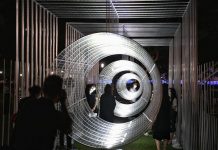 Stepping out of his comfort zone in BMT 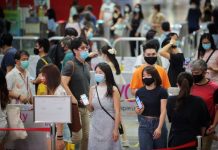 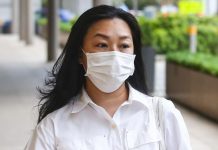 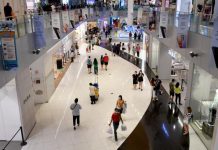 Most coronavirus mutations have no effect on virus activity, says expert

Man kisses neighbour after sneaking into her flat, even calls police when confronted 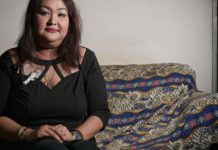