SINGAPORE – The police could soon collect DNA, such as blood samples, saliva and hair follicles, from individuals involved in a wider scope of crimes, including mischief, obscene acts and drink driving.

The enhanced collection of information from suspects, which was one of the main amendments to the Registration of Criminals (Amendment) Bill introduced in Parliament on Monday (Aug 1), will provide the authorities with larger databases to compare samples from crime scenes.

Currently, the police can collect non-DNA identifying information like photographs and fingerprints as well as DNA information only for registrable crimes, which are serious crimes that lead to a criminal record for convicted individuals.

As a result, the current DNA database is small and limits the police’s ability to solve crimes, especially in cases with very few leads, said the Ministry of Home Affairs (MHA).

With the amendments, the police will be allowed to collect DNA information for registrable crimes and eligible crimes.

In the context of the Bill, eligible crimes, such as voluntarily causing hurt, unlawful stalking and affray, are crimes which are imprisonable.

Such crimes are non-compoundable, which means offenders are not eligible for the option of settling the case out of court by paying a compensation in lieu of punishment and a criminal record.

A new offence will also be introduced for accused individuals who refuse to provide blood samples without a reasonable excuse. They may be fined up to $1,000, jailed for up to one month, or both.

A key amendment in the Bill includes allowing any individual to provide his DNA or non-DNA identifying information voluntarily to the police. Volunteers can request the police to delete their information at any time, and the police must accede to their request.

Currently, only individuals who are present at the crime scene or questioned in investigations can voluntarily provide their DNA to the police.

MHA also tabled several other amendments to the Registration of Criminals (Amendment) Bill that will allow for law enforcement agencies to carry out their duties more effectively and to safeguard personal data. These include: 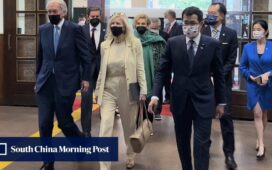 Retail workers to see wages rise up to 8.5% under Progressive Wage Model from Sep 1 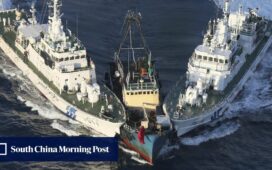