The government is to fast-track legislation it believes will stop vulnerable EU citizens becoming Windrush-type victims of Brexit, it has emerged.

Under new secondary legislation, vulnerable citizens already lawfully living in the country, such as children in care and homeless people, may be able to apply for settled status years after the 30 June 2021 deadline.

All they will need to do is prove they had a “reasonable excuse” for not doing, said Kevin Foster, a Home Office minister. He also said there would be no time limit for their future applications.

The move is seen as a victory for Alberto Costa, the Italian-heritage Conservative backbencher who has been working behind the scenes to persuade the government to safeguard the rights of vulnerable EU and EEA citizens for the past two years.

Foster unveiled the statutory instrument at the little-watched eighth delegated legislation committee on Wednesday. This will now go through the House of Commons without a vote.

His accompanying formal statement can now be used as guidance in potential future court disputes over EU citizens right to be in the country, said Costa.

Foster told the committee the government would “take a generous approach as to what reasonable grounds are”, adding that the Home Office would publish guidance, which would be “illustrative guidance, not exhaustive guidance”, to allow each individual’s case to be assessed on its merits.

He gave the example of a child in foster care, who may not discover their application had not been made until they were an adult, as someone who could apply in 10 years’ time for settled status.

“There isn’t a set time period in which reasonable grounds [apply]. So, for example, in the case of a looked-after child, the Home Office accepts it could actually be some period of time before they ran into this [issue].

“For the sake of argument, an eight-year-old child now who would become an adult in 10 years’ time, and may discover, for example when they went to their first job, that the local council 10 years before had not made that application, that would be seen as a reasonable ground,” he said.

Costa, who was forced to resign his post as a parliamentary aide last year over a row on citizen rights, said it would “help stop a repeat of the Windrush scandal” but that he would continue to “scrutinise” the government’s moves.

“It is to be welcomed that even though the government opted for a system where EU nationals had to apply for rights, the minister has assured parliament that EU nationals who fail to apply by the grace period deadline of 30 June will remain legally here if they have a reasonable excuse and that excuse will be given the widest possible interpretation by the Home Office,” said Costa.

The plans do not address concerns among campaigners about the safeguarding of rights of EU citizens who do not receive settled status in time.

Luke Piper, a lawyer who works with the3million campaign group, said there were profound concerns about what would happen to those who did not receive their settled or pre-settled status by 1 January because of Home Office delays.

What would happen if they were turned down for a job or told they could not rent a flat or return to the country by border force, he asked.

He also expressed concern for first-year EU students who can establish their free-movement rights if they set foot on UK soil before 31 December but may lose out if they have remained in their birth country because classes are online during the pandemic.

He said he was concerned that the government was trying to limit the grounds for remaining in the UK to “reasonable” when EU citizens were exercising their legal right to be in UK regardless of the government’s settled-status scheme.

“By limiting legal rights in this way, we worry about the implications on people’s ability to legally live in the UK and access healthcare and other vital services in the UK,” he said.

While the example of an eight-year-old was “helpful”, it was “still unclear whether a person who simply didn’t realise they had to apply to the EUSS can be considered to have a ‘reasonable excuse’ to applying late”. He added: “We would welcome insight into this and other likely scenarios”. 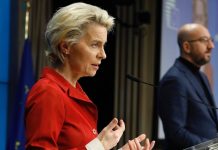