SINGAPORE – A new initiative was launched by the National Kidney Foundation (NKF) on Saturday (Dec 9) to encourage people to undertake projects raising awareness for kidney health and to reduce the number of kidney-related diseases.

Known as the Kidney We Care Movement, the initiative was launched in light of the rising number of kidney failure cases in Singapore, with 5.5 new daily cases needing dialysis or kidney transplant for survival.

For the past five years, NKF has admitted a yearly average of 855 new dialysis patients, and spent $116 million in its last financial year to treat kidney failure.

Currently, Singapore has more than 8,000 patients on dialysis, with around two-thirds under the care of NKF.

Kidney failure is mainly caused by diabetes and hypertension, and Singapore has one of the highest rates in the world for diabetes-related kidney failure.

The number of diabetes cases is projected to grow to one million by 2050 if morepreventive measures are not taken.

As such, the Kidney We Care Movement will focus on three aspects: Project 5.5 which will aim to reduce the number of kidney failure cases, and related diseases like diabetes and hypertension; Project Hope, which will strengthen psychological and social support for patients and their families; and Project Impact which will advocate for greater kidney health in the community.

NKF has committed $1 million over the next three years to fund the movement, and successful applicants will receive an in-principle amount of up to $5,500 for each project, or up to 80 per cent of the total allowable project cost.

A committee comprising professionals from key sectors such as healthcare, communications and finance has been set up to review and recommend proposals.

Funding is open to Singaporeans and Permanent Residents.

NKF chairman Arthur Lang said: “We believe that this community-driven movement will further propel our efforts in influencing and empowering people to take charge of their kidney health, while continuing to help us ensure the diverse needs of our patients are well met.”

The initiative was officially launched by Minister of Sustainability and the Environment Grace Fu, in conjunction with the official opening of the NKF’s dialysis centre at Yuhua on Saturday.

Speaking at the event, Ms Fu said the funds for the new dialysis centre were raised from individuals, community partners and the private sector.

They were then matched dollar-for -dollar by the government under the Care & Share @ SG50 Movement, totalling up to $2 million.

The new centre is equipped with 21 dialysis stations which can benefit up to 126 patients.

Said Ms Fu: “NKF, in partnership with local groups in Yuhua, such as the Loving Heart Multi-Service Centre and PA Grassroots Organisations, will go upstream by providing public education on prevention and management of kidney diseases.

“All of this would not have been possible without the dedication and unwavering resolve to improve the quality of life for those residents of Yuhua.” 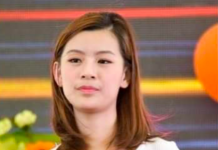 Tanjong Pagar crash: Woman who tried to save fiancee from burning car now conscious, out of danger 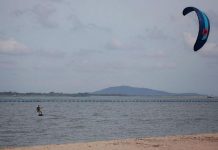 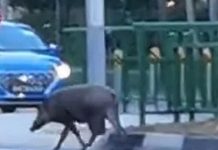 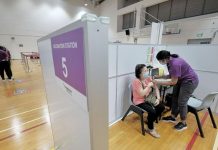 Eligible individuals who refuse Covid-19 vaccine endanger themselves and others 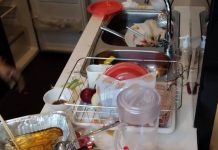 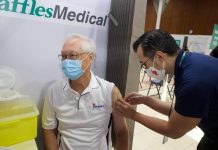 In pursuit of economic, social and environmental sustainability 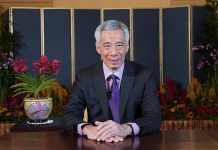