JEDDAH: President Joe Biden said on Friday it is imperative that the US works with other global powers to curb Iran’s “destabilizing activities.”

Addressing the Munich Security Conference, he also said his administration is “prepared to re-engage in negotiations” with the UN Security Council on Tehran’s nuclear program.

“We must address Iran’s destabilizing activities across the Middle East,” Biden said. “We will work with our European, and other, partners as we proceed.”

Earlier, his administration said it was ready to engage in talks with Iran and world powers to discuss a return to the 2015 nuclear deal, more formally known as the Joint Comprehensive Plan of Action. Former President Donald Trump withdrew the US from the deal in 2018.

Hamdan Al-Shehri, a Saudi political analyst and international relations scholar, told Arab News that it appears there is a tacit agreement between the US and Iran about the nuclear issue.

“In fact, what we see today is that the US administration is lenient and is giving no weight to its allies in the region,” he said.

Al-Shehri added that the current US administration is repeating the same mistakes made by the Obama administration, and warned that this would create a trust deficit between the US and its regional allies.

“It will also lead to a nuclear arms race in the region, as no country would accept seeing Iran having a nuclear weapon while that country does not,” he said. “Saudi Arabia, for instance, has made it clear that if Iran developed a nuclear bomb, it would follow suit the next day.”

Al-Shehri also criticized the decision to lift a ban on many Iranian diplomats entering the US, which was imposed by the Trump administration, and the removal of the Houthi militias from Washington’s list of terrorist organizations.

Meanwhile, inspectors from the International Atomic Energy Agency (IAEA), the UN’s nuclear watchdog, found uranium particles at two sites in Iran that they were able to inspect after months of stonewalling, diplomats said.

Although the sites where the particles were found are believed to have been inactive for nearly two decades, opponents of the nuclear deal, including Israel, say it is evidence of undeclared nuclear activity and shows that Iran has not been acting in good faith.

Next week, the IAEA is expected to issue a quarterly report on Iran’s nuclear activities. Seven diplomats told Reuters the agency will use that opportunity to rebuke Iran for failing to explain to its satisfaction how the uranium particles came to be at the two undeclared sites. The rebuke, which could come either in the quarterly report or a separate document issued the same day, might complicate US efforts to revive its nuclear diplomacy with Tehran.

UK authorities said that Iran must return to full compliance with the 2015 nuclear deal and that the West must not give the impression that it is prepared to ignore Tehran’s breaches of the accord.

“I don’t think that we should be sending a signal that we are going to overlook this noncompliance or just brush it under the carpet,” James Cleverly, Britain’s junior foreign minister with responsibility for the Middle East and North Africa, told the BBC.

READ  How the United Arab Emirates Set Its Sights on Mars 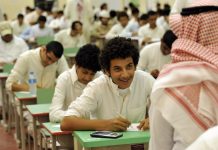 Improved global rankings reflect strides being made by Saudi universities 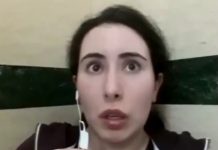 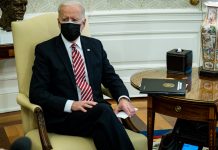 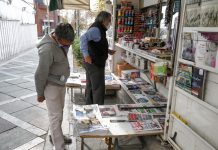 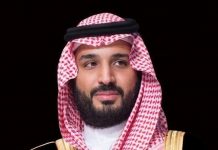 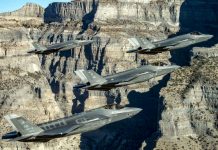