No harmful algal blooms have been detected recently in Singapore’s coastal waters, despite the high rainfall this month.

The Singapore Food Agency (SFA) said it monitors indicators of water quality at coastal fish farming areas in the northern and southern waters here, such as occurrences of harmful algal blooms.

This allows SFA to give farmers early warning when adverse conditions are detected, so that they can take the necessary precautions.

This assurance comes after a semi-enclosed waterway in Sentosa South Cove turned pinkish-purple earlier this month.

Investigations showed that high rainfall was a likely factor in altering water conditions, resulting in an algal bloom that changed the colour of the water and caused fish there to die.

Water samples tested had low levels of salinity and dissolved oxygen, which may have led to the dead fish sighted in the waterway banks from Jan 6 to 9, the Sentosa Development Corporation and National Environment Agency (NEA) subsequently said.

As at last Wednesday, the highest daily total rainfall recorded this month was 210.6mm on Jan 2 and 204mm on Jan 10.

“These rainfall amounts came close to the record high in a day for January at 216.2mm, which occurred on Jan 30, 2011,” said an MSS spokesman.

Meanwhile, the National Parks Board (NParks) said it has not observed any significant impact on marine life at coastal sites, such as Chek Jawa, Changi Beach and the Southern Islands, since the onset of heavy rains earlier this month.

READ  Coronavirus: Even a plane wore a 'mask' when it landed at Changi Airport

Between Jan 1 and 18, the average salinity of waters off Singapore’s northern and southern coasts fell within previously recorded ranges, said Dr Karenne Tun, director for the NParks’ National Biodiversity Centre.

“NParks will continue with the monitoring of our coastal area,” she added.

An influx of freshwater can cause stress in certain species that may take up too much water and lose salts that are vital for them to survive, he said.

The Johor Strait is a smaller body of water, with much less flow and water exchange than the Singapore Strait, south of the mainland.

In 2007, naturalists visiting Chek Jawa, on the north-eastern island of Pulau Ubin, after bouts of heavy rain found lifeless sea cucumbers and sea anemones on the mudflats, believed to be victims of changes in salinity.

Species that are less tolerant of low salinity conditions could be affected, said Prof Huang, who heads the Reef Ecology Laboratory. These include the fauna along the intertidal shores and coastal lagoons that may be receiving the rain directly onto the organisms or, at least, inundated by seawater that has had its salinity lowered by rainwater.

Prof Huang added: “I caution that salinity effects can be protracted, especially since rivers and other outflows from land are still draining the rainwater and may continue to do so for weeks. Less tolerant marine species can still succumb to lowered salinities weeks after high-rainfall events.” 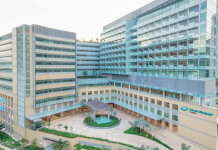 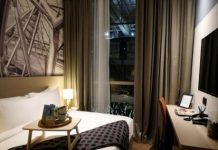 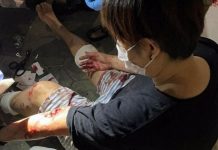 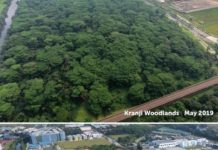 Calls to guard against greenwashing as sustainable investing races ahead

AUD's rise expected to continue, some Singapore listcos may benefit

Process of environmental impact assessment to be strengthened