North Korea has been enslaving political prisoners, including children, in coal production to help boost exports and earn foreign currency as part of a system directly linked to its nuclear and missile programmes, a South Korea-based human rights group has said.

The Seoul-based Citizens’ Alliance for North Korean Human Rights (NKHR) released a study analysing an intricate connection between North Korea’s exploitation of its citizens, the production of goods for export, and its weapons programmes.

The report, titled Blood Coal Export from North Korea, says Pyongyang has been operating a “pyramid fraud-like” scheme to force people held in prison camps to produce quotas of coal and other goods for export.

Its findings offer a deeper insight into how the camps contribute to North Korea’s shady coal trade network, after the United Nations banned its commodity exports to choke off funding for Pyongyang’s nuclear and ballistic missile programmes, and after human rights agencies reported on gross rights violations in the camps.

There was no immediate reaction from North Korea’s diplomatic mission in Geneva to a request for comment.

North Korea violated UN sanctions to earn nearly $200m in 2017 from banned commodity exports, according to a confidential report by independent UN monitors released in early 2018.

The NKHR report cites interviews with former prisoners who escaped to the South and other defectors with knowledge about the dealings, along with other sources such as satellite images and data from the South Korean and US governments.

The UN estimates that up to 200,000 people are held in a vast network of gulags run by secret police, many of which are located near mining sites. A 2014 UN commission of inquiry report said the prisoners faced torture, rape, forced labour, starvation and other inhumane treatment.

In December the US imposed new sanctions, blacklisting six companies including several based in China, and four ships accused of illicit exports of North Korean coal.

The NKHR report says: “Quotas of products for export are met through the enslaved labour of men, women and children in detention camps owned and operated by secret police.”

An example is Camp 18, in the central mining county of Bukchang. Former prisoners interviewed by the NKHR reported that at least 8m tonnes of coal was produced there in 2016.

The secret police, formally known as the Ministry of State Security, handle shipments of goods exported by Bureau 39, a covert secret fund for the leader Kim Jong-un’s family, with links to the production of nuclear, biological and chemical weapons, the report adds.

Joanna Hosaniak, a deputy director general at the NKHR, said the investigation was intended to highlight the key role of the “state-sponsored system of slavery” in shoring up Kim’s political and financial power and its nuclear programmes, just as Joe Biden reviews the US’s North Korea policy. 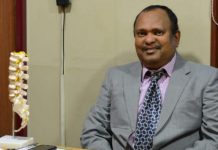 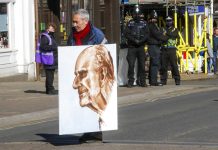 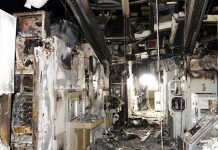 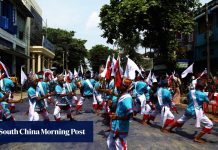 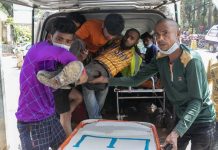 Four killed as police open fire at workers in Bangladesh 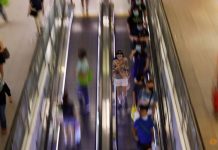 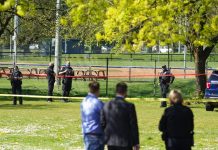 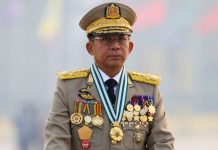 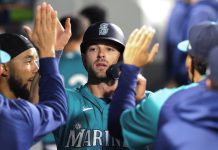 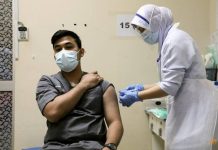 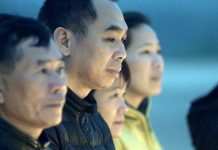 New documentary on the six Chinese survivors of the Titanic sinking