Now I lay you down to sleep: Wild boar whisperer 'trains' animals at Pulau Ubin


The sight of wild boars on the mainland may send people scurrying, but one man on Pulau Ubin appears to be comfortable with these creatures.

He was seen prodding a wild boar with a stick in a TikTok video shared by Seralsn on Monday (Aug 15), even ‘commanding’ the animal to lie down for a nap.

In the 20-second clip, the man could be heard counting the six wild boars and piglets around him.

“Please don’t attempt this when you’re there,” Seralsn warned, adding that the animals are only cosy with Pulau Ubin residents.

Please don’t attempt this when you’re there. The boars are only cosy with the residents there. #pulauubin #wildboar #4u #fyp #fypシ

With the video garnering over 30,000 views, the TikTok user’s advice appeared to be lost among the comments.

“So cute,” a netizen gushed, while another was amazed by how the man could ‘train’ the wild boars.

While some may think the man’s a wild boar whisperer, there may be a reason why the animals appear tame around some humans.

Responding to AsiaOne’s queries on a video of a man petting a wild boar to sleep last February,  the Animal Concerns Research and Education Society (Acres) said that the animal appeared to have been conditioned by someone who feeds it.

Describing her sadness when watching such videos, Anbu, the co-CEO of Acres said at that time: “Feeding wildlife is not only against the law, but makes the wild animals approach people with trust and wander into residential areas where they wouldn’t have come normally.”

“Approaching or feeding them is good for neither the animals nor the people.”

However cute the wild boars might appear in the video, those who visit Pulau Ubin should exercise caution when encountering such animals.

A Facebook video shared in November 2020 showed a wild boar sniffing at the woman’s bicycle basket before snatching her curry puff with its snout.

“Since this was not my first wild boar encounter, I remained calm and used the bike as a barrier, meaning well, not to hurt the boar,” Trisha Yuen Thow wrote as she advised other visitors to pack their food properly so the scent would not attract hungry animals.

Wild boar encounters may also turn out to be dangerous. 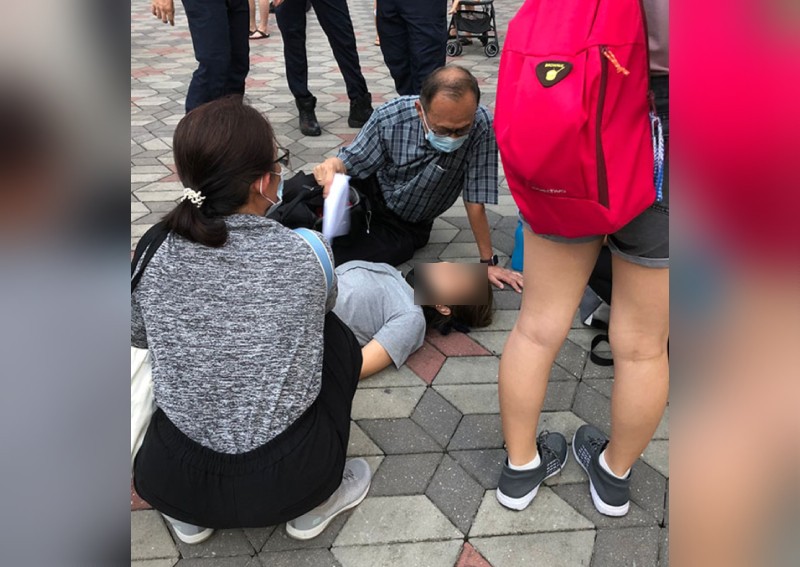 On March 9, a 46-year-old woman was knocked unconscious by a wild boar in Yishun.

In an interview with AsiaOne at that time, Kelvin Ng shared that the animal charged at his wife as she was picking up their 12-year-old daughter from tuition at Khatib Central.

The elusive wild boar was caught at Yishun Park 12 days later. The incident sparked a massive hunt that involved agencies including NParks, Nee Soon Town Council, the police and the People’s Association.

Members of the public are advised to keep a safe distance when encountering wild boars, according to the National Parks Board, adding that adults with piglets should also be left alone as they are very protective of their young.

See also  G-20 to set up fund to support global initiatives to prepare for next pandemic: Indonesia minister
Share on FacebookShare on TwitterShare on LinkedInShare on Reddit
asianewsdayAugust 16, 2022