HIROSHIMA, Japan: “Humanity is playing with a loaded gun” as crises with the potential for nuclear disaster proliferate worldwide, UN head Antonio Guterres said in Hiroshima on Saturday, the 77th anniversary of the first atomic bomb attack.
At an annual memorial, Guterres warned of the risk posed by crises in Ukraine, the Middle East and the Korean peninsula as he described the horrors endured by the Japanese city.
“Tens of thousands of people were killed in this city in the blink of an eye. Women, children and men were incinerated in a hellish fire,” he said. 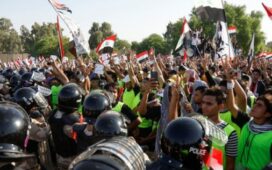