There’s a lot that Lindsay Duran has been thinking about as some of her coworkers are slowly starting to come back to the office.

As the chief marketing officer at Zilliant, a B2B startup in Austin, Texas, Duran is helping to make sure there’s enough open meeting space and proper social distancing for her colleagues and visiting customers, many available masks if necessary, and plenty of hand sanitizer.

But after 14 months away, there are other office essentials, perks if you will, that she’s also taking into consideration: Will there an abundance of snacks around, and, will “Taco Tuesday” and beer on Friday afternoons be back?

“The short answer, yes, we see a lot of those perks returning,” she said.

“At Zilliant, we have what we call an ‘adult culture,’ as the health and safety of our colleagues definitely come first,” Duran said. “And, as we start to get critical mass, ‘Taco Tuesday’ will proceed, and so will ‘Beer 30.’

Snacks as ‘investments,’ not costs

While serious discussions are ensuing for several companies contemplating how to safely welcome back their employees back to the office more than a year into the pandemic, for some employers who incentivize workers with in-office perks, an intriguing question may pop up: will there still be free snacks and other amenities available?

And, for some smaller tech companies, like early- or mid-stage startups, these incentives, such as a fully-stocked fridge, an abundance of snacks, and the free or occasional meals, matter. They are not only a way to attract talent but also used to boost creativity, productivity, and a little fun.

“Absolutely having some or all of those perks will help if affordable,” said Ben Waber, president, and co-founder of Humanyze, a Boston-based company that tracks workplace analytics.

He cites a survey Humanyzerecently conducted that found while nearly half of respondents are not confident that their company will have a well-thought-out strategy upon their return to the office, almost 73% of respondents said being unable to collaborate with their colleagues in person was the biggest challenge they’ve experienced during the pandemic.

Coworkers missing working alongside each other, as well as some perks, could be what would draw them back to the office, even if it’s in a hybrid workplace structure, Waber said.

“What offices are good at is creating serendipitous interactions, building trust, and brainstorming because it can sometimes be hard to do that remotely,” Waber said. “Companies who offer perks should not see them as costs, but rather as investments to create those interactions.”

Meanwhile, Ben Johnson, the president and CEO of Spruce, an Austin, Texas-based startup whose app provides on-demand services for apartment residents with chores such as laundry, pet care, and COVID-19 sanitation, briefly closed before reopening in May 2020 and has had a flex policy, keeping his office with two large bay doors open as he’s let most employees work remotely – as many come by for socially-distanced happy hours on Fridays.

Pre-pandemic, Johnson did offer office perks such as free lunches, the occasional catered meals, beer kegs, and as much Topa Chico (the popular mineral water originating from Mexico) as employees can drink.

“Being in the office was a big part of our culture,” said Johnson, who in addition to the Friday happy hours, hired a production company to make Spruce’s virtual holiday party look like an awards show.

Currently, Johnson said he pivoted from office perks (with the exception of the Topa Chico), while most of his employees will continue to work from home three to four days a week to remote perks.

This includes free home cleaning services, unlimited personal time off to letting them work anywhere as Johnson has seen staff more than double to 50 employees as it prepares for another round of funding from venture capitalists.

“We have an intense culture here, where everyone is doing their best, so being able to work from anywhere is absolutely liberating,” said Johnson, who also hopes to eventually see them all during Spruce’s first company-wide event in more than a year, a boat party on Lake Austin, this summer.

For Brian Platz, co-founder and co-CEO of Fluree, a Winston-Salem, N.C.-based early-stage startup that provides blockchain database solutions, having office perks is now virtually essential in a competitive tech space.

About six weeks ago, some of Fluree’s growing staff started trickling in the office that’s located in former tobacco factories converted into startup hubs. This came as many of them worked remotely and even met for virtual happy hours using Topia spatial video software.

As an incentive, the company started bringing in free lunches a few times a week, especially for three recent hires they had never met in person.

“We have the challenge of ‘how do we take these new hires and make them feel a part of our culture when they haven’t really met anyone else?'” Platz said. “We already had the snacks, the coffees, and the drinks. We hope it’s an incentive for people to come back in more.”

Regarding the free lunches, Platz said the decision came after some discussions. “We’re a tech company, after all. We’re not going completely overboard, but there’s an expectation of having LaCroix and some snacks in the fridge,” he said.

Platz said as the Centers for Disease Control (CDC) offers ongoing guidance on mask-wearing and social distancing in public, he feels companies like Fluree have to be flexible and know what’s important, even if that includes mentioning office perks during interviews while trying to attract top talent.

“I might even lead with what our perks are today, where I probably wouldn’t have before,” Platz said. “We’ve got to be fluid right now as I’m fairly convinced the hybrid workplace is here to stay. I expect this to become the new normal.”

Back at Zilliant, Duran said she’s been encouraged to see some of her colleagues return to the office, even ordering them tacos for lunch. As for snacks, there’s a break room with a fridge full of sparkling water and soda and stocked with trail mix, granola bars, and chips.

Duran thinks that’s an encouraging sign of workplace normalcy, and that if all goes well, might be a bit bustling very soon. 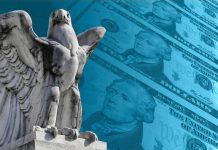 European stocks steady ahead of US inflation data 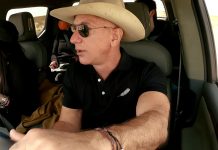 From lapsing job benefits to full stadiums, June could be U.S. recovery's pivot 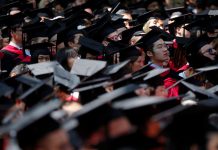 Frozen But Not Forgiven, U.S. Student Loans Are Coming Due Again Soon

What's old is new again in small biz: How to stay in front of your customers with newsletters 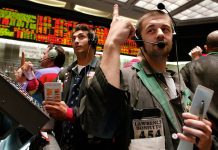 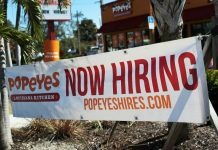 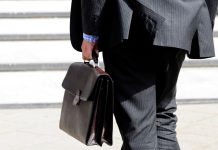 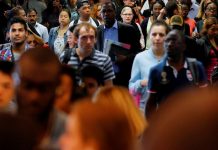 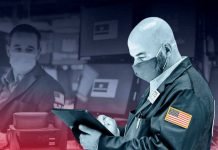 Unhedged: The sin of wages

A stigma no longer? Companies hire more long-term unemployed as they struggle with worker shortages