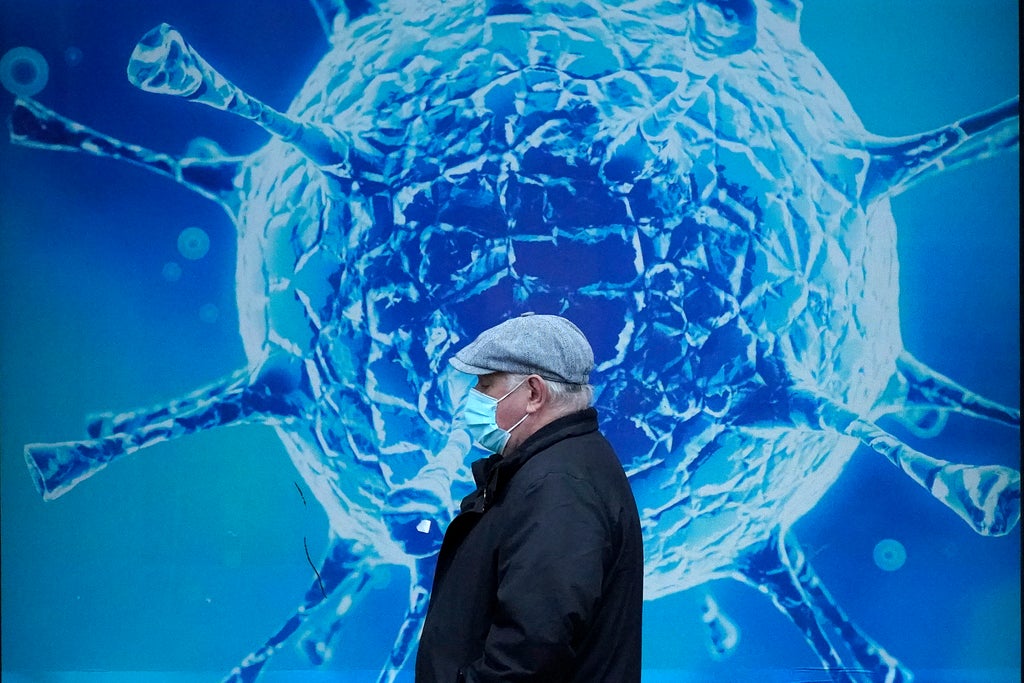 What is the new omicron variant?

The World Health Organisation (WHO) has named the new B.1.1529 coronavirus variant omicron and designated it a variant of concern just weeks after it was first detected in southern Africa.

Scientists believe it could take months before we have a more complete understanding of the scale of the threat it poses.

What is known is that the variant, which descends from the B.1.1 lineage, is “unprecedented” and “very unusual” in the number of its mutations as it has 32 in its spike protein.

Where did omicron emerge?

The variant was first detected in Botswana on 11 November, where 19 new infections of the omicron variant have been found as of Sunday.

South Africa’s first case was spotted on 14 November, and the country reported the variant to the WHO on 24 November.

Professor Francois Balloux, the director of the Genetics Institute at University College London, said that the variant’s mutations are in “an unusual constellation” that “accumulated apparently in a single burst”.

He suggested that the variant might have emerged from an immunocompromised person who harboured the virus for a long period of time, “possibly in an untreated HIV/AIDS patient”.

How did omicron get to the UK?

In the week after the first omicron cases were detected in England, the UK has discovered 150 infections in total.

Twenty-nine of the cases are in Scotland, where first minister Nicola Sturgeon said on Saturday that cases are no longer linked to a single event, but to several different sources including a Steps concert in Glasgow.

“This confirms our view that there is now community transmission of this variant within Scotland,” Ms Sturgeon said, warning that cases are expected to rise in the days ahead, “perhaps significantly”.

The first-known case in Wales was discovered on Friday, and Northern Ireland has said it expects to discover an instance of the variant in a matter of days.

According to health secretary Sajid Javid, the two cases initially found in England – in Brentwood, Essex, and in Nottingham – were “linked” and were traced to southern Africa.

While targeted sequence testing of other cases was launched in those areas, Mr Javid admitted that air passengers from South Africa who arrived in the UK last Friday were not tested, despite fears they could be carrying the omicron variant.

The travellers left airports in normal ways – including on public transport – and were only then asked to take Covid tests and to go into isolation if they tested positive, the health secretary said.

It means the UK does not know how many arrivals from South Africa were infected – after a staggering 10 per cent of people on one flight into the Netherlands tested positive for the omicron variant.

Where else are omicron cases being detected?

New infections linked to the omicron variant have been confirmed in at least 38 countries, including Belgium, Canada, Australia, the Netherlands, Denmark, Germany, Israel, Italy, the Czech Republic and Hong Kong.

After Europe’s first omicron infection was reported in Belgium, virologist Marc Van Ranst tweeted that the variant had been detected in a traveller who returned from Egypt earlier this month.

Urging countries on Friday not to panic, but rather to prepare for the likely spread of omicron worldwide, the World Health Organisation (WHO) said it would likely take another fortnight to establish how transmissible and dangerous the variant is.

While scientists believe it may be considerably more infectious than the delta variant, the UN health agency stressed that the data is still only preliminary.

The variant’s 32 mutations include E484A, K417N and N440K, which are associated with helping the virus to escape detection from antibodies.

Another mutation, N501Y, appears to increase the ability of the virus to gain entry to our cells, making it more transmissible.

In South Africa, where approximately 42 vaccine doses have been administered per 100 people, the WHO said there had been a 311 per cent surge in coronavirus cases in the last seven days of November, compared to the previous week.

The health agency said that South Africa was seeing more cases of re-infection than with previous variants, citing a microbiologist from the country’s National Institute for Communicable Diseases.

But despite cases of the new variant emerging in dozens of countries around the world, not a single death has yet been attributed to it, the WHO said.

“We need to be prepared and cautious, not panic, because we’re in a different situation to a year ago,” top WHO scientist Soumya Swaminathan said, suggesting that omicron could become the globally dominant variant, in the same way that delta now accounts for 99 per cent of cases.

See also  ‘It was an unpleasant feeling’: Paul Bettany on having texts to Johnny Depp about Amber Heard made public

Is omicron resistant to vaccines?

The spike proteins coating the Covid virus allow it to attach and gain entry to human cells. Vaccines train the body to recognise these spikes and neutralise them.

The 32 mutations in the omicron variant’s spike protein will change the shape of this defence structure and make the spike protein less recognisable to antibodies.

Antibodies then won’t be as strong in attacking the virus, which would then be able to slip past immune defences and cause infection.

However, WHO emergencies director Michael Ryan said on Friday that there was no evidence to back changing existing vaccines to tailor them to the new omicron variant, suggesting that the focus should be on distributing jabs more widely.

What are scientists saying about omicron?

Scientists have mixed opinions over whether or not we should be worried about the latest variant.

Dr Tom Peacock, a virologist at Imperial College London, warned that the variant could be “of real concern” due to its 32 mutations.

He wrote on Twitter that the variant “very, very much should be monitored due to that horrific spike profile” which could mean that it is more contagious than any other variant so far.

Dr Peacock said that he “hopes” the variant will turn out to be one of these “odd clusters” and that it will not be as transmissible as feared.

Meanwhile, Prof Balloux of UCL said that at the moment there is “no reason to get overly concerned”, and also said that “it is difficult to predict how transmissible it may be at this stage.”

Professor Andrew Pollard, of the Oxford Vaccine Group, said it is “extremely unlikely” to trigger a new wave in the pandemic in the UK.

Professor Calum Semple, who sits on the Sage advisory group, said: “The headlines from some of my colleagues saying ‘this is horrendous’ I think are hugely overstating the situation.

“Immunity from the vaccination is still likely to protect you from severe disease,” he said.

“You might get a snuffle or a headache or a filthy cold but your chance of coming into hospital or intensive care or sadly dying are greatly diminished by the vaccine and still will be going into the future.”

Dr Meera Chand, the Covid-19 incident director at the UK Health Security Agency, said that the status of new Covid variants worldwide is constantly being monitored at random and that a small number of cases with “new sets of mutations” were “not unusual.”

She explained: “As it is in the nature of viruses to mutate often and at random, it is not unusual for small numbers of cases to arise featuring new sets of mutations. Any variants showing evidence of spread are rapidly assessed.”

What is the UK doing to curb the spread?

Boris Johnson announced on Saturday evening that people will be ordered to wear masks in shops and on public transport in England from 30 November in response to the omicron variant.

The prime minister also said that contacts of omicron cases must isolate for 10 days. All international arrivals must also take a day 2 PCR test and isolate until they receive a negative result.

Mr Johnson told the press conference that the rules will be reviewed before Christmas in three weeks’ time.

Meanwhile, southern African nations have also been added to the UK’s red list for international travel.

He claimed they would not prevent the virus’ spread and suggested regular testing and mask-wearing to prevent surges of infections.

Which countries are closing their borders?

The UK has added Botswana, Eswatini, Namibia, Lesotho, South Africa, Mozambique, Malawi, and Zimbabwe to the UK’s travel red list to stem the spread of the variant.

Japan, Morocco, and Israel have decided to shut their borders to all overseas citizens.

As well as the UK, other nations including the US and those in the EU have placed restrictions on travel from nations in southern Africa.

Australia said it will review its plans to reopen borders to skilled migrants and students from 1 December.

After the detection of the new variant sparked a string of travel bans to countries in African countries, president of South Africa Cyril Ramaphosa urged nations to “urgently reverse” these decisions as they could spook economies.