ORLANDO, FLORIDA (NYTIMES) – In an announcement that drew immediate comparisons to “The Jetsons,” the city of Orlando, Florida, and a German aviation company formally unveiled plans Wednesday (Nov 11) to build the first hub for flying cars in the United States.

The 56,000sq ft transportation hub, shown for the first time in renderings and in a video simulation, resembles an airport terminal. Think Eero Saarinen.

The so-called vertiport is scheduled to be completed in 2025 and will enable passengers to bypass Florida’s notoriously congested highways, the city and the hub’s developers contend.

The electric-powered aircraft will be capable of taking off vertically from the ground-based hub and reaching a top speed of 299kmh, according to the Munich-based aviation company Lilium, which is working with the Orlando firm Tavistock Development Co on the project.

But is the ambitious project, intended to introduce Lilium’s flying taxis as a more time-efficient if costlier alternative to ride-hailing services like Uber and Lyft, viable? There is a caveat: The aircraft are still in the developmental phase.

Orlando officials don’t seem to be dissuaded by that uncertainty. On Monday, the City Council approved more than US$800,000 (S$1.07 million) in potential tax rebates to Lilium.

Mr Buddy Dyer, the city’s longtime mayor, framed the project as a transformational one in a statement Wednesday.

“For this new technology to truly reshape the transportation ecosystem and benefit Orlando residents long-term, it is going to take a true partnership between cities, developers and transportation operators,” Mr Dyer said. “We have been focused on finding the right partners to be a global leader in the advanced air mobility space.”

The site selected for the transportation hub is in Lake Nona, a 44sq km planned community within the city limits that is next to Orlando International Airport. It will require approval from the Federal Aviation Administration (FAA). The aircraft themselves will also fall under the agency’s oversight.

“The FAA is the regulatory authority over all flight activities in the United States, including urban air mobility aircraft,” the FAA said in a statement Wednesday night. “The agency is in the preliminary stages of working with these applicants and will continue to engage with them as they work to meet certification standards.”

Mr Jim Gray, a City Council commissioner whose district includes the site of the planned hub, said Monday that tax incentives were justified and that the project would create about 140 jobs that paid about US$65,000 a year on average.

“That’s what we need,” Mr Gray said during the council meeting. “We need better-paying jobs. So I think our investment, us priming the pump to help this work with some tax rebates, is absolutely the right thing to do.”

Orlando officials noted that the projected salaries would be more than 25 per cent higher than the average salary in Orange County, which includes the city. They also said that the tax rebates were not taking away from existing funds.

“It also should be emphasised on rebates that’s on value that they’re generating,” Mr Dyer said Monday. “We’re rebating money that would not otherwise be there.”

In a January 2019 report on the emergence of flying cars, analysts at Morgan Stanley said that “autonomous urban aircraft may no longer be the stuff of comic books.” But they took a longer view on the technology, stating that flying cars would be common by 2040, with the global market projected to be US$1.4 trillion to US$2.9 trillion by then.

Some officials in Florida couldn’t help but bring up the 1960s animated series “The Jetsons,” in which the father, George Jetson, cruised through the skies in a flying car. 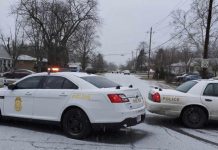 5 shot dead in 'targeted attack' in US city of Indianapolis 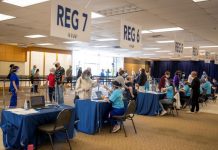 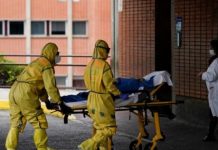 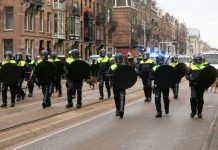 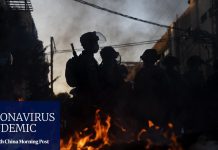