KUANTAN, Jan 11 — Pahang has fully recovered from floods after its last relief centre at Sekolah Kebangsaan Temai in the Pekan district, which housed 61 people from 12 families, ended its operation at 10pm today.

The State Disaster Management Committee Secretariat said that when the first wave of floods began in Pahang on December 17 last year, a total of 67,333 evacuees from 18,243 families were placed in 432 centres in nine districts.

The second wave of floods on December 31 last year, which began in the Raub district, involved 3,293 evacuees from 911 families housed in 72 centres in eight districts.

The secretariat also said that 21 fatalities were reported during the first wave of floods, with Bentong district recording the highest number of deaths at 11, followed by Temerloh (four), Kuantan (three), Raub (two) and Pekan (one).

The deluge this time also resulted in several routes on two main highways in Pahang being inundated, namely Kuala Lumpur-Karak Highway and the East Coast Highway 1 (LPT1). They were, however, opened in stages to motorists after cleaning work were done. — Bernama 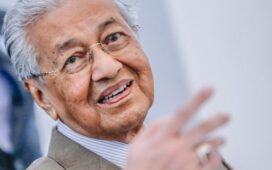