Theatre veteran Adrian Pang, 54, has been fretting over how to engage audiences online. It has been a tough time for arts groups in Singapore, and Pangdemonium, the theatre company he started with his wife 10 years ago, is no exception.

With performance halls closed, the group – known for its productions of popular Broadway shows – has also struggled to get permission to play them to audiences at home.

“The rights-holders, by and large, do not allow us to even have any archival footage, let alone share it or stream it with anyone,” says Pang.

While Pangdemonium was allowed to stream four old shows, which were presented for a limited time during the circuit breaker, most of its efforts hit a brick wall.

But the answer finally came in the form of Waiting For The Host, a Zoom-inspired play that New York-based Marc Palmieri wrote for an online audience.

Impressed by the script, Pang approached Palmieri’s agent, who gave the green light. The show, about a crew of misfits who gather online to rehearse a Passion Play, will be adapted to a Singapore context and streamed on Sistic Live.

Waiting For The Host, which is being filmed in actors’ homes and directed remotely by Tracie Pang, premieres on Oct 15. Like many recent digital shows, it is an experiment.

The idea, Pang explains, is to recreate the experience of going to the theatre. There will be only up to 350 tickets a show, each priced at $45, and audiences have to tune in at a specific time. As a result, audiences – even in the age of Zoom fatigue – have to be committed.

“Each stream of the play will be at a specific time each night. They will be able to log in, as if going to the theatre foyer on time, every night, at 8.30pm. At 9 o’clock sharp, the curtain will go up virtually and the play will start,” he says.

While $45 a ticket might seem a bit steep, Pang points out that people often watch online shows in pairs or in a group.

He expects the cost of the production to amount to a six-figure sum and hopes audiences understand that they need to pay a reasonable price for tickets.

“If not, we will continue to bleed. We have had no real income for the past six months,” he adds.

As the global pandemic rages on, monetising online content has loomed large on artists’ minds.

Most of the arts groups The Straits Times interviewed said that while putting their works online allows them to reach a wider audience, persuading them to pay for such content is not easy.

There are other concerns too – the cost of filming a performance professionally, the multitude of digital content available, and that people online tend to have shorter attention spans.

SCO executive director Terence Ho says that while the orchestra will launch more online ticketed shows, it is thinking about how to get more audiences on board. This could involve offering bundle packages for concert tickets, or doing more to market the shows overseas.

Home-grown theatre company Wild Rice has made some of its old shows available on the Wild@ Home platform.

The seven shows have chalked up more than 446,000 views, of which about 35 per cent were from overseas. The numbers, however, were lower for the ticketed shows Merdeka and The Importance Of Being Earnest. They cost US$10 (S$14) a view and sold 900 and 290 tickets respectively.

“I don’t think these digital initiatives are sustainable,” says Wild Rice’s founding artistic director Ivan Heng, 56, whose company is expecting losses to the tune of $2 million.

“It’s wonderful that we are experimenting, and it’s opened up the possibilities of what theatre can and might be… That said, this digitalisation of theatre is a stop-gap measure to keep our companies working and keep audiences engaged,” he adds.

The pandemic has pushed groups to experiment with new forms of storytelling. Wild Rice recently teamed up with Pangdemonium and the Singapore Repertory Theatre to present The Pitch, a funny, sobering short film directed by Ken Kwek that shines a spotlight on their struggles.

While people can watch the film for free online, the three groups are accepting donations via Ray of Hope, with proceeds to be divided equally among them.

Preparations are now afoot for Wild Rice’s annual fund-raising gala, the Rice Ball, which is going digital this year.

Heng says it is also working on a recovery plan for a safe return to the theatre – rather than creating more online content.

Groups which want to stream their work online have several options.

Singapore’s Sistic Live, launched in May, has supported about 80 events by 30 arts event organisers so far. About 10 to 20 per cent of Sistic Live’s audiences are based overseas, Sistic’s chief executive Joe Ow tells The StraitsTimes.

In July, ticketing platform Peatix launched the beta version of Peatix Live. Organisers can live-stream events directly via their webcams, or opt for broadcasting softwares such as OBS or Stream Labs.

Then there is The Future Stage, a 360-degree live-stream technology by home-grown theatre company Sight Lines Entertainment and tech start-up Xctuality. It aims to be a one-stop platform for ticketing, advertisement placements and merchandise sales.

In December, The Future Stage will present the sequel to Chong’s virtual play Murder At Mandai Camp, which ran on Zoom earlier this year.

Murder At Mandai Camp had a pay-as-you-wish model, with tickets starting at $15. People could pay more if they wanted to – and more than 40 per cent of them did. They sold more than 700 tickets for three shows, about a fifth of which were bought by people living overseas.

Sim Yan Ying, 25, who co-directed Who’s There?, a cross-continental work performed on Zoom, is keen to see what else the digital format has to offer.

The play, which she directed with Alvin Tan, founder of The Necessary Stage, sold about 820 tickets, which were priced at a minimum of $1. Most people paid at least the suggested price of $10 and there were a “surprising amount of donations” after the show, she said.

Needless to say, artists are itching to return to the performance hall.

Says Heng: “Our art form is about the congregation. Our theatre was built to create the most intimate, electrifying and human of experiences. You can’t really replicate that.”

RELATED ARTICLE: FROM STAGE TO SCREEN IN A PANDEMIC 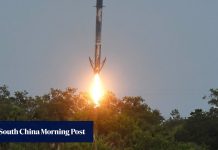 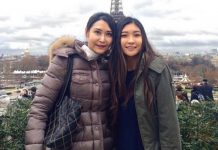 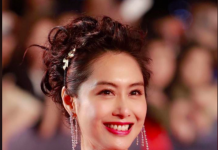 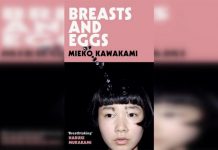 The 11 richest people in fashion – meet the billionaire brains behind brands from Louis Vuitton to Nike, Gucci to Uniqlo, Zara and H&M

Fashion’s Sir Paul Smith: ‘The pandemic has been a good kick up the bottom,’ says British designer as he celebrates 50 years in the...

In China, hats once marked a young man’s entry into adulthood, but they have fallen out of fashion

‘He knew when I was down’: Pahang police tracking dog that was sergeant’s closest companion dies aged 12