A lamp post that has become a rite of passage for cyclists venturing into the far west has been spared Singapore’s zero-tolerance for littering or defacement.

Responding to calls from cyclists mourning all the stickers that have accumulated on a beloved lamp post in Tuas, Transport Minister Ong Ye Kung today said they would no longer be removed. Concerns had been raised after workers were seen scraping them off on Christmas Eve.

“We decided to make an exception for this lamp post, given that it’s a far out location and a special spot to help cyclists find their way,” Ong wrote online today.

Officially identified as lamp post No. 1, its location by the Tuas Mega Port serves as a sort of ultima Thule for Singaporean cyclists.

Of course, pasting stickers on public property is considered an offense in notoriously fastidious Singapore, which in the past has prosecuted street artists for doing much the same. But according to Ong, the famously iron-clad rules can be bent so long as an area isn’t degraded or, as he put it, no “disamenities” are caused.

“These are little exceptions to the rule, which do not cause disamenities or pose safety hazards to the public, to brighten up life in Singapore,” he added. “I should visit this lamp post one day.”

The #tuaslamppost1 is a special lamp post, located in the Western corner of #Singapore – with a pin even on Google…

The lamp post is so popular among Singaporean cyclists that its even listed on Google Maps for people to easily find and take selfies at.

Lamp Post No. 1 was sticker-free as of July 2019, the latest Street View image available.

Cyclists first got their lycra shorts in a wedge after a compatriot took to social media about the workers scraping the pole.

“Me and husband drove all the way here to see lampost #1 before we plan our route to cycle here. But sadly, we see the tired looking workers removing the stickers in this hot [weather],” wrote cyclist Siti Musfirah, who shared the Christmas Eve photo. 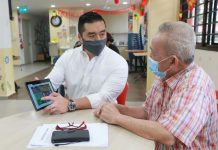 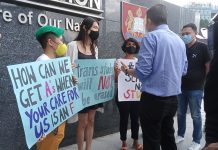 JUST IN: 3 people arrested for protesting in support of LGBTQ+ students 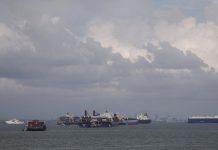 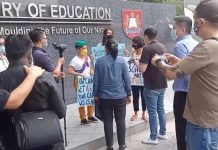 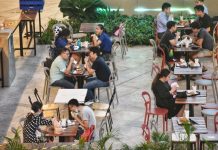 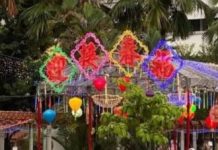 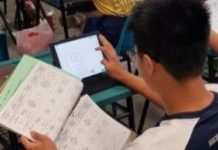 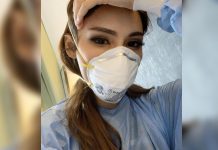 Did it hurt? DJ-turned-COVID frontliner Jade Rasif walks us through her vaccination 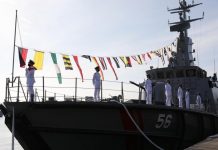 Man posts about stolen bicycle used for work, gets a replacement from kind stranger 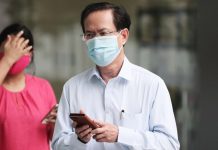