Penelope Jackson: what court has heard in Somerset stabbing trial


A woman who stabbed her husband to death after dining on champagne and lobster joked with police about being arrested in her Marks & Spencer pyjamas, a court heard yesterday.

David Jackson, 78, bled to death on his kitchen floor after he was stabbed three times by his wife, Penelope Jackson, in their Somerset bungalow on 13 February this year.

The 66-year-old, who is on trial at Bristol Crown Court, admits manslaughter but denies murder, claiming she had been subjected to years of coercive control and physical abuse.

The couple had been married for 25 years, said The Times, and had “just eaten a meal of dressed crab and lobster” and drunk “champagne, cocktails and white wine” in celebration of Mrs Jackson’s birthday.

The court heard how the victim had managed to call 999 himself and could be heard screaming on the line after his wife drove the knife into him for a final time.

The defendant “refused to give emergency aid” as her husband lay dying, Sky News reported. She told the operator: “He’s in the kitchen bleeding to death, with any luck.”

Prosecutor Christopher Quinlan QC said she had been “calm and resolute and perhaps in places resigned and, in her words, not mine, ‘compos mentis’”, said ITV News. During the 18-minute 999 call, while police and paramedics headed to the scene, she said: “I thought I’d got his heart but he hasn’t got one.”

The couple’s blood alcohol levels were “over the drink-drive limit” during the attack, and Mrs Jackson later told the police that her husband was “violent and controlling” for most of their marriage, said Quinlan.

Police found a confession note written on a notepad by the telephone, which read: “To whom it may concern, I have taken so much abuse over the years – look at my records.”

The note continued: “But he was a good Daddy. However, the mask slipped tonight. That was unforgivable. I accept my punishment, may he rot in hell.”

The first word on the page appeared to read “self-defence”, said Quinlan.

The Daily Mail said the defendant had “worked in administration and accounts in the Royal Air Force and later the army”, where she met the victim, “who had worked his way up from private to lieutenant colonel”.

On Tuesday, the victim’s ex-wife told the court that he had raised concerns that he might be attacked by his current partner. Sheila Taylor said she remained in contact with her ex-husband, who had told her “on many occasions he was unhappy”.
“I asked why he didn’t leave her. He replied, ‘She said if I ever tried to leave she would do a Bobbit on me,’” she told the jury. In 1993 an American woman, Lorena Bobbit, cut off her husband’s penis, explained The Times.
“He was very frightened and honestly believed [Penelope] was capable of carrying out that threat,” she continued.

Yesterday, the court heard how she had asked officers: “Do you usually have murderers where they’re wearing Marks & Spencer pyjamas?”

She apparently added: “I know what I’ve done and why I’ve done it and if I haven’t done it properly I’m really annoyed.” 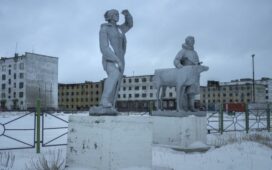 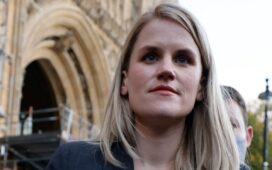