KUALA LUMPUR, Aug 1 — The Sessions Court here today allowed an application by former Sabah Infrastructure Development Minister Datuk Peter Anthony for stay of his sentence and conviction on a charge with forging a document for the purpose of cheating.

Judge Azura Alwi allowed the application based on grounds given by the applicant in his affidavits, as well as in the written and oral submissions submitted by both parties earlier.

In allowing the application, she ordered the bail imposed on Peter, 51, to be increased from RM50,000 to RM80,000, and following a request by Peter’s counsel, S. Devanandan, allowed the remaining RM30,000 in bail payment to be settled before or on August 3.

Last May 26, Peter was sentenced to three years’ jail and a fine of RM50,000, in default 15 months’ jail, after he was found guilty of forging a letter for a Mechanical and Electrical Systems (M&E) maintenance work at Universiti Malaysia Sabah (UMS).

He applied for a stay of the sentence and conviction and on July 28, deputy public prosecutor Datuk Wan Shaharuddin Wan Ladin objected to the application on grounds that it was without merit and contravened the law.

In his submission on that day, he said the stay of the conviction could only be allowed if there was a ‘clerical error’ as stated in Section 278 of the Criminal Procedure Code (KTJ).

“Clearly, there was no ‘clerical error’ and therefore the request by the defence for stay of the execution of the conviction is baseless at this stage,” he said.

Meanwhile, Devanandan submitted that his client’s application for a stay of conviction and sentence had merit and was made with the same reason used in the case of Datuk Seri Najib Razak, namely to contest in the 15th General Election (GE15) on the grounds that there were special circumstances according to Section 311 of the Criminal Procedure Code.

“If the application is not allowed, the applicant, who is also the President of Parti Kesejahteraan Demokratik Masyarakat (KDM), which is a political party in Sabah, cannot contest in the coming GE15.

“We do not know when Parliament will be dissolved. If not allowed, the applicant will be disqualified to contest and this will prejudice him.

“Therefore, this conviction has to be stayed temporarily to allow him to contest,” he added.

Meanwhile, deputy public prosecutor Haresh Prakash Somiah, when met today, said the High Court had set Sept 19 for case management of Peter’s appeal to set aside the conviction and sentence handed down by the Sessions Court last May 26. — Bernama 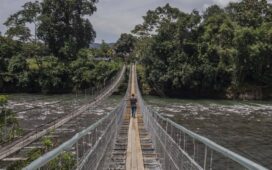 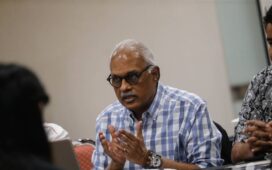