Pipeline diplomacy: How gas became a geostrategic bargaining chip in the energy crisis 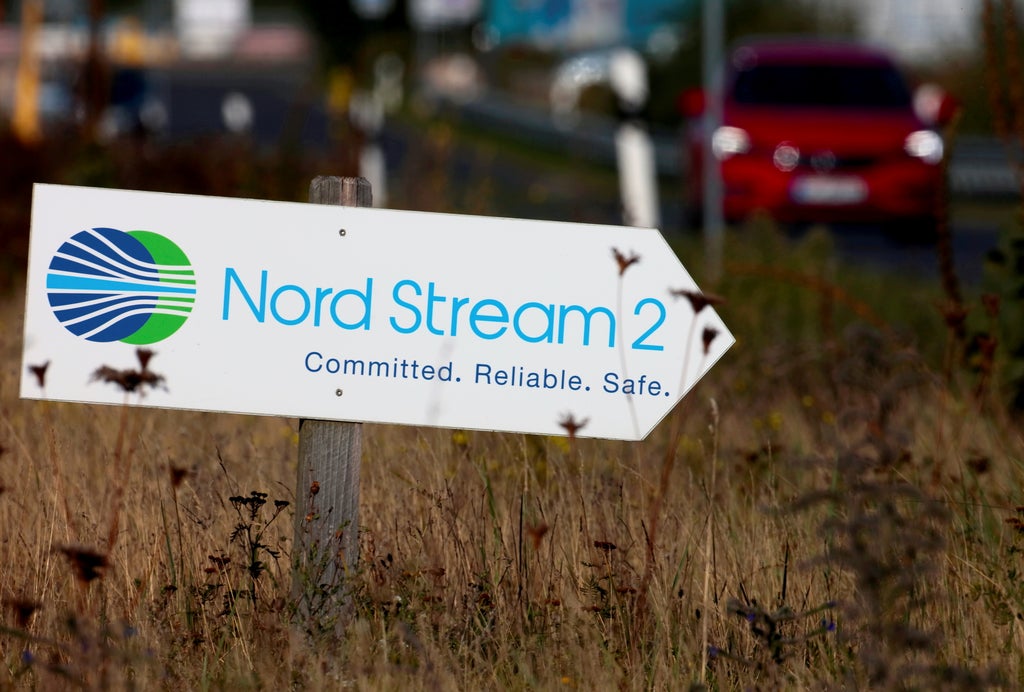 People who live in Beirut, Paris or London share the same fear about the upcoming cold winter as the gas that heats or light their homes is either missing or too pricey.

Many drivers explain the energy crunch. One could be the high demand versus the low supply due to a sooner-than-expected economic recovery from the Covid-19 fallout. China’s new government-backed thrust into fighting climate change is another. And, of course, the decades of political corruption and incompetence, as Lebanon’s catastrophe demonstrates.

One thing the Europeans and Lebanese alike are keeping their eyes fixed on in the hope for an exit: pipeline diplomacy. Analysts say Russia’s Vladimir Putin sees a window of opportunity to exploit the supply-demand disparity and its geopolitical unpredictability.

The crisis established, in practical terms, how natural gas could be deployed as a geopolitical weapon, but one that has a unique peculiarity: ineffective, lousy, and the risk it can backfire.

“Gas as a geopolitical weapon works only in a very asymmetric business relation, where one side clearly has the upper hand. This arguably has never been the case in EU-Russian gas relations. Europe is a prime customer, and Russia didn’t have many options for export elsewhere,” said Professor Andreas Goldthau, Franz Haniel Chair for Public Policy at the University of Erfurt.

While hitches of geopolitics did not originally spark the energy storm, a diplomatic stopgap might provide a hideout from its drastic consequences.

During the 2009 pricing dispute with Ukraine, Russia’s gas giant Gazprom cut off all supplies to Europe, hitting its southeastern countries and other parts of the EU. In the wake of the 2014 crisis over the annexation of Crimea, Russia again turned off the taps while accusing Ukraine of failing to pay its debts to Gazprom.

“Russia has a history in using energy supplies and pricing as a means to buy friends and to play divide and rule with individual EU customers. Now that a robust, common European energy policy regime is in place, this has become very difficult,” Goldthau explained.

“If Russia is using its gas exports as a political weapon, it’s not a very effective one,” said Maria Pastukhova, a senior policy advisor at E3G, an independent climate change think tank.

In 2007, the EU proposed the third energy package reform, which aimed at improving the functioning of the EU’s internal energy market. The policy, which entered into force in 2009, the same year Moscow tightened the energy screws, targeted the integration of the EU energy market to boost competition.

Since then, tensions over Russian gas cast aside any talk of a thaw between the two sides.

“Alienation between Russia and the EU has only exacerbated, with the EU introducing additional measures to tighten gas market regulations, and the adoption of a Green Deal vision that would effectively reduce gas imports by 40 per cent over the next ten years and over 90 per cent by 2050,” she added.

Meanwhile, in the UK, where several energy companies have collapsed as a result of the price surge, 80 per cent of homes are heated using gas. According to Reuters, storage capacity in the UK is currently equivalent to around four to five days of winter gas demand, down from 15 days previously.

Last week, Putin announced Moscow was ready to boost its supplies to Europe and offset the crisis. But Gazprom’s decision to pump gas into Russia’s national reserves may have paraded a sense of Putin’s unique psychological games with European leaders.

“While Gazprom has repeatedly stated – in May and in August 2021 – that it was going to export 183 bcma of gas to Europe in 2021 and has been adhering to this forecast, Europe apparently expected more from Russia and was surprised when Gazprom decided to prioritise filling its own storages in Russia over offering additional gas to Europe,” Katja Yafimava, a senior research fellow at the Oxford Institute for Energy Studies, said.

However, critics accuse the Kremlin of artificially keeping supply at lower levels to jack up gas prices and pressure European and German officials to turn on the controversial Nord Stream 2 pipeline operations.

Russian officials stated publicly that “early completion of the certification” for Nord Stream 2 would help “cool off the current situation.”

“Kremlin’s messaging regarding the necessity to speed up the certification of the Nord Stream 2 pipeline is a rather ill-planned attempt to use the gas price hike for Gazprom’s and Kremlin’s benefit,” Pastukhova told The Independent.

“It neither changes the general stance of the EU towards Russia (if it does then to the worst) nor helps to maintain Gazprom’s image as a reliable supplier,” she observed.

Experts say, in addition to Qatar’s liquified natural gas, Europe’s other alternative would be the recent mass gas discoveries in the East Mediterranean. But the area, despite its proximity to the embattled continent, is riddled with conflicts, competition and historical feuds, featuring countries like Egypt, Israel, Lebanon and Turkey.

In the past decade, the geostrategic competition over gas discoveries created a regional system built on a tit-for-tat mutual response, where Egypt’s frustrations against Turkey’s stunts in Libya could be translated into forming alliances to block Turkey’s excavations for gas in the Mediterranean.

Other bumps on its way into becoming a viable solution for Europe’s over-reliance on Russia are expensive connectivity, technical hazards, and high domestic demand.

“East Med gas supplies will primarily serve the domestic markets in Israel, Egypt and the broader region. Plus, Turkey has skin in the game and will likely hamper a quick development of gas fields in Cyprus’ territory,” Goldthau stated.

But the disputed East Med gas supplies could prove to be a lifeline for Lebanon, where the energy crisis has induced complete electricity blackouts amid a dire economic crisis.

The Lebanese energy crisis has brought old foes together in a way that could create new regional dynamics.

This month, officials in the region announced they had finalised a plan that could grant hope to millions of the Lebanese citizens suffering the heat of the crisis.

According to the plan, which has the US backing, Egypt will supply Lebanon’s electricity power stations with gas via a pipeline that passes through Jordan and Syria. Jordan will also export electricity, which is primarily generated by gas imported from Israel.

But Lebanon’s problem lies in its use of old power stations that work with diesel, highlighting its imminent need for oil fuel more than natural gas.

“It’s anyone’s guess whether Lebanon will exit diesel-based power generation and move onto a more modern system. Gas would be a big improvement since it is far cleaner and cheaper,” Jim Krane, Middle East energy analyst at Rice University’s Baker Institute, told The Independent.

Since September, two Iranian oil tankers have docked in the Syrian port of Baniyas. Fuel has been transported with trucks into Lebanon’s borders, in a move that Iran-backed Hezbollah portrayed as a major victory against US sanctions on Iran’s oil exports.

The US counts on the new plan to thwart Iran’s dominance in Lebanon and Syria and introduce a solution sanctioned by its Arab allies.

But the controversial arrangement could see Israel’s gas and electricity lighting its archenemy Hezbollah’s headquarters and provide Syria’s bloody dictator Bashar al-Assad with an exit from international isolation.

Nonetheless, using gas supplies to dismantle decades of Iranian clout in the region could prove the Biden administration’s plan to be delusional.

“The grip of Iran and Hezbollah will not be weakened due to gas – it is far more entrenched and complex and will not be fading anytime soon,” Steven Wright, associate professor at Hamad bin Khalifa University in Qatar, said.

And, despite his alleged quick approval of the plan, Assad’s ambitions of being rehabilitated by being granted a bigger role in solving Lebanon’s crisis could soon flounder.

“This plan will not be sufficient to redeem Assad in the eyes of the international community. After all, Syria was the main player in creating instability in Lebanon in the first place through Hezbollah, which is a surrogate of Syria and Iran. At best, we will see pragmatism used with Syria, but redemption is not on the cards,” Wright noted. 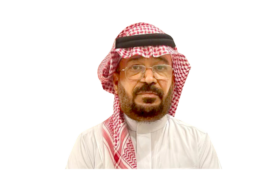 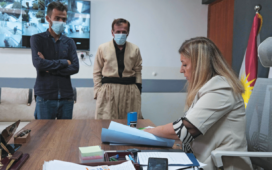 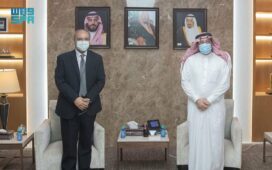 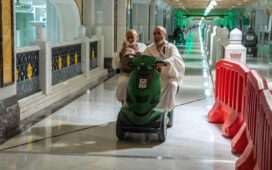 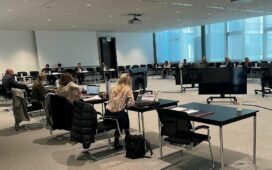 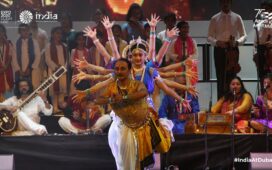 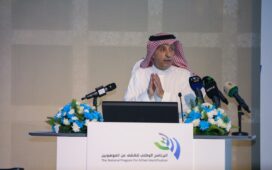