SINGAPORE – Autonomous police robots have been deployed to a foreign worker dormitory in the eastern part of Singapore to patrol the premises and ensure residents there abide by safe distancing rules.

Two Multi-purpose All-Terrain Autonomous Robots, or M.A.T.A.R, have been patrolling the dormitory – which has been gazetted as an isolation facility – since the start of May, complementing police officers on the ground.

The robots were previously deployed at a Government Quarantine Facility from mid-April.

Inspector Teo Wan Ling, who leads a team of over 15 officers at the dormitory, said the robots help the police cover more ground in a similar duration, as it can patrol separate areas from the officers.

The robot’s functions, such as cameras and speakers, can be controlled remotely by an operator in a command centre.

They can be dispatched to attend to minor incidents, reducing the need for officers to be physically close to those under quarantine.

Said Insp Teo: “There is a sizable amount of people (at the dormitory). Sometimes when they queue up for their food, they don’t adhere to the safe distancing measures. So in this case, you can just give them a verbal reminder over the M.A.T.A.R.”

She noted that the robot can only travel on flat ground, so if an incident happens in a room, officers will still need to attend to it personally.

“The M.A.T.A.R also plays a deterrent role,” she said, noting that the workers generally tend to follow the safe distancing measures once they see the robot patrolling.

Workers were curious when the robots were first deployed, but slowly got used to it, said Insp Teo, who is a team leader at Changi Neighbourhood Police Centre.

READ  What you didn't see during the Home singalong: Migrant workers singing, too

Assistant Superintendent of Police Daniel Toh, operations officer in the police’s future operations and planningdivision, said the police plan use the robot’s speakers to broadcast anti-scam messages in a few languages.

“The robot actually helps us to automate some routine as well as mundane tasks, so officers don’t have to travel and do the footwork. Instead, these robots can help to reduce human fatigue and perform the jobs available,” he said.

The M.A.T.A.R was developed by the Home Team Science and Technology Agency (HTX) Robotics, Automation and Unmanned Systems Centre of Expertise, together with ST Engineering and A*Star.

It can navigate autonomously and has a 360-degree camera, which covers any blind spots during patrols. The robot can also avoid stationary and moving obstacles in its path.

Video and audio recordings are fed to the command centre, where an operator can view it live. A 2m-tall mast can be raised to provide a higher vantage point.

The two robots at the dormitory can each operate for up to four hours, depending on the functions used, and are rotated so one is always on patrol while the other is being recharged.

M.A.T.A.R is currently also on trial at Bedok Police Division Headquarters, for the purpose of station security. That version of the robot has a tethered drone that can fly up to 30m high, instead of a 2m-tall mast. 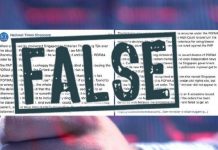 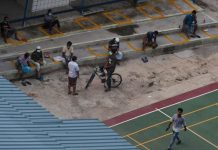 Thousands of jobs to be created from $13b in investment commitments secured in first 4 months of 2020: Chan Chun Sing 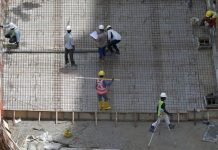 Why Singapore cannot cut down on foreign workers the way other countries have: Chan Chun Sing 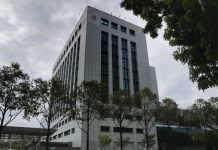 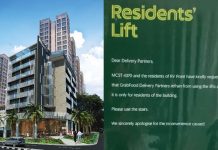 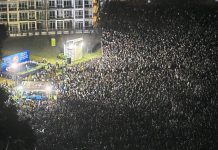 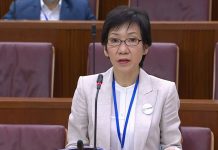 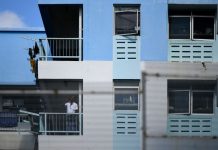 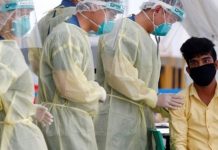 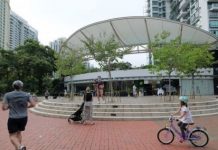 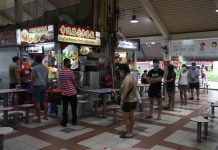