In a world of internet scams and catfishers, you would think that most people online would know better than to believe everything they see.

Fans of mysterious Chinese live-streamer Qiaobiluo Dianxia (乔碧萝殿下) were hit with a cruel dose of reality when the gaming goddess of their dreams was exposed as a 58-year-old woman in a July 25 live stream.

Here’s how it all went down.

Qiaobiluo had amassed a following of 130,000 on DouYu, a Chinese live-streaming platform that allows viewers to donate money to streamers, without even showing their faces.

She had managed to keep fans intrigued by hiding her face behind anime graphics or angling the camera away from it.

Attracted by Qiaobiluo’s sweet voice and duped by the pictures she often uploaded, her fans believed that she was a young woman.

Capitalising on her fans’ curiosity, Qiaobiluo had posted that she would meet her followers in real life for 100,000 yuan (S$19,900). She had also said that she wanted to gain 100,000 followers before revealing her face.

However, a technological glitch threw a wrench in her plans.

Qiaobiluo inadvertently revealed her face to followers during a live stream with a fellow streamer, Mix Qingzi (Mix晴子), when the graphic that was blocking her face disappeared.

What followed were an awkward few minutes as Qiaobiluo rambled on without realising that the cat was out of the bag, while her fellow streamer seemed unsure whether or not to bring up the situation.

Qiaobiluo finally caught on, and probably realising that the jig was up, dropped the bomb on her viewers that she was a 58-year-old woman and a mother of one.

READ  Coronavirus: China’s trade recovery to be short-lived with overseas demand set to fall amid Covid-19

Many of her fans felt cheated and betrayed.

Others derided the gullible followers who had been taken in by Qiaobiluo and pointed out that other female live-streamers enhanced their looks artificially as well.

Despite the hate that Qiaobiluo received in the aftermath of the live stream, she received words of support from fans and even gained followers, reaching over 400,000 followers and becoming the most-searched streamer on DouYu.

Her fans now affectionately refer to her as “Granny”.

In a saturated streaming landscape where streamers often resort to daredevil stunts to gain attention, it seems like Qiaobiluo’s catfishing gimmick has resulted in 15 minutes of fame.

Defying all expectations of her face-reveal torpedoing her streaming career, this “Granny” is back to streaming regularly and is even working on a rap track. 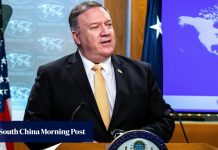 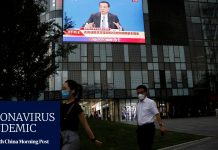 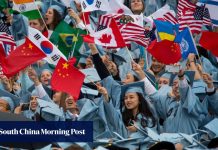