PRIVATE-SECTOR economists have bumped up the forecast for Singapore’s 2019 growth by a hair’s breadth, even as they tempered hopes of a bright new year, a poll showed on Wednesday.

Watchers now tip the gross domestic product (GDP) to expand by 0.7 per cent year on year, up from the 0.6 per cent growth that was estimated in September, after a better-than-expected showing in the third quarter as the decline in manufacturing looks set to ease.

Still, this is a far cry from the projection of a 2.6 per cent expansion issued a year ago as 2018 ended.

Meanwhile, GDP growth could pick up to 1.5 per cent in 2020, according to a quarterly survey of professional forecasters carried out by the Monetary Authority of Singapore (MAS). Three months before, the respondents had been guiding for an expansion of 1.6 per cent.

By and large, analysts tip growth to come in between 1.5 per cent and 1.9 per cent, narrowing their forecast range from the 1 per cent to 1.9 per cent indicated in the previous survey in September.

The 22 private-sector analysts who monitor the Singapore economy now anticipate that the annual contraction in manufacturing will come in at 1.4 per cent, compared with earlier fears that it would dip to 2.4 per cent. Manufacturing makes up about one-fifth of the GDP.

In the services sector, the accommodation and food services industry is expected to notch growth of 1.9 per cent, swelling from the earlier estimate of 0.8 per cent, but the view on finance and insurance has moderated and wholesale and retail trade could deteriorate further.

Respondents again lowered inflation expectations since the previous poll, but kept their view on the labour market unchanged, as unemployment is forecast to stand at 2.3 per cent at year-end.

Headline, or all-items, inflation is now expected to come in at 0.6 per cent in 2019, against a 0.7 per cent estimate in September. The MAS core inflation metric, which strips out private road transport and accommodation costs, is projected to be 1.1 per cent, rather than 1.2 per cent.

As for risks to the forecast, heightened trade tensions – especially between the United States and China – was again the biggest fear cited by analysts, with about nine in 10 naming it as a danger, even as the share concerned by a worsening slowdown in the Chinese economy fell from half to about four in 10.

Overall, the threat of weaker global growth became slightly more alarming than in September, as one-quarter of respondents cited it as a risk factor for their projections.

On the flipside, a larger share of respondents have indicated the potential for uplift from a stronger-than-expected improvement in the global technology cycle, after a protracted slump in electronics dragged down Singapore’s manufacturing sector in 2019.

One-half of those polled deemed the tech boost an “upside risk”, up from one-third in September.

Meanwhile, there was a small drop in hopes of uplift from fiscal stimulus here or abroad. Some 37.5 per cent of respondents have named it as an upside, against 44.4 per cent before.

The survey, which was sent out on Nov 21, does not represent MAS’s views or forecasts. 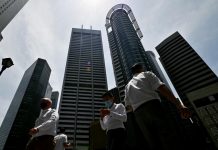 Office sector in Asia-Pacific more resilient than other regions: C&W

Singapore's resilient savers, and a question over the widening wealth gap 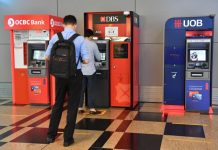 Singapore banking system may be among first to recover: S&P 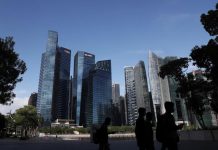 Most Singapore investors stay invested in their portfolios throughout pandemic: poll 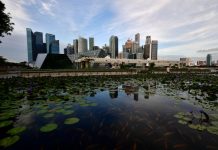 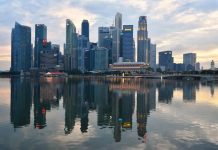 Singapore brand has cachet, but what values should it embody?

Most Singapore employers to retain flexi-work arrangements even post-Covid: survey 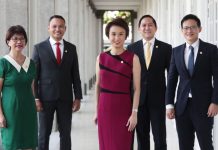 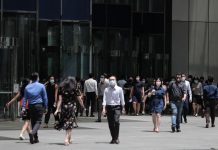 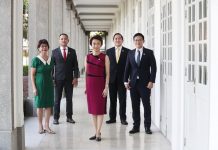 The battle for gender equality has to come home to roost