A pro-democracy district councillor in Kwun Tong has suggested that a controversial musical fountain under construction in the area could be made into a monument to the ongoing anti-government protests by playing the protest anthem “Glory to Hong Kong” and hosting a permanent Lennon Wall.

Last month’s district council elections saw the pro-democracy side win a landslide — seizing control of 17 out of 18 district councils — with improving accountability and transparency, and repealing some of the more controversial “white elephant” projects right at the top of the newly empowered pro-dems’ list of priorities.

With a price tag of HK$50 million (more than US$6 million), the Kwun Tong musical fountain is one such project, but funding was approved by the Legislative Council in November last year, and construction has already begun.

As such, district councillor Winnie Poon, who was re-elected to Kowloon Bay last month, said in a Facebook post on Monday that if the project were cancelled at this point, they would still have to compensate the contractor. But rather than cancel it, she said, what they could do is retain the contract, while making a few changes to the original plan.

This would include scaling down the size of the fountain in order to save money, and having the fountain play music that resonates with the community, including “Glory To Hong Kong,” a song that has been embraced by pro-democracy protesters as Hong Kong’s “unofficial anthem.”

She also suggested adding a corner for people to give public speeches, similar to Speakers’ Corner in London’s Hyde Park, along with other modifications.

READ  Hong Kong’s spiral of violence needs to end, for the sake of our young people and our future

“I think in the short-term we’d be able to establish a permanent ‘Lennon Wall,’ or a ‘Lennon Park,’” she said. “The water in the fountain is also related to the concept of ‘be water’ in the protest movement; it might be possible to make appropriate modifications to the fountain design.”

While some people were on board with the idea of a permanent Lennon Wall, some were slightly critical, saying they still preferred that the project just be canceled altogether.

“I live in Kwun Tong, I don’t want the fountain. Losing the money would be better than the endless maintenance costs in the future. I would rather the money be spent on building things that will help the elderly as Kwun Tong is an area with lots of elderly people,” one person said.

“There are problems in the area concerning medical care, livelihood issues, and a rodent infestation. You can spend tens of thousands on fountains, but is staring at it going to cure people of their illnesses?”

Those in support of a more pro-democracy musical fountain suggested that the council allow residents to vote on what songs the fountain should play, and one person even suggested a bronze statue of Lady Liberty Hong Kong also be erected in the square.

The fountain is one of two projects to be carried out by Kwun Tong district council under the government’s Signature Project Scheme, an initiative that earmarked HK$100 million (US$12.7 million) for every district council to carry out projects in the area that bring “visible and sustainable impacts” to its district.

While some district councils went for things like community services centers, and revitalizing public facilities like libraries and parks, Kwun Tong district council decided their district really needed a fountain with “dynamic lighting, musical features and special effects riding on the promenade of Kwun Tong, with a view to making it a place for public leisure and enjoyment of harbour views.”

An SCMP article from 2015 quoted a survey by a local concern group saying that 85 percent of people thought the fountain was a waste of money.

Stanley Ho’s daughter Angela asks Hong Kong court to name administrators for casino tycoon’s estate, with fees of up to HK$6,600 per hour 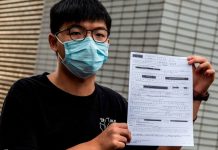 Business must keep pushing for freedom in Hong Kong 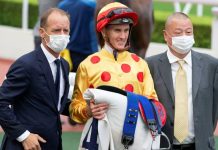 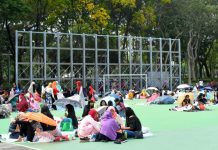 No pay rise for domestic workers in Hong Kong this year, government says 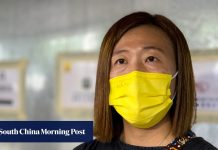 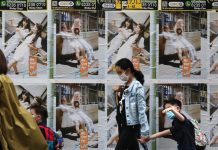 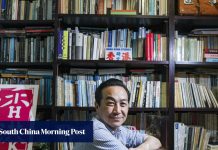 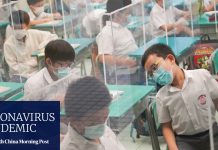