The dynamic duo tore apart Barcelona in the last 16 before inspiring a quarter-final victory over holders Bayern Munich.

Guardiola has been trying to find a plan to subdue Neymar and Mbappe, but he conceded it has been such a difficult task that his sleep has been interrupted.

“I try to sleep well last night and I slept when I was not thinking about their players like that,” Guardiola said today.

“We know we are going to suffer in both games and they are going to have chances. Everyone knows the quality they have. But in the semi-finals of the Champions League, what do you expect?”

Guardiola believes the best way of neutralising Neymar and Mbappe is for City to retain possession has much as possible.

When it was put to him that Barca and Bayern had both perished while trying to stay true to their attacking beliefs, Guardiola said: “We are going to concede counter-attacks because they have a lot of weapons.

“We will try and stop them by defending as a team and playing well as a team.

“We will have to adjust something of course, but at the same time, it wouldn’t make any sense to not to be who we are.

READ  Studying for a Pro-Licence: What it takes to become a top football coach

“Our strong point defensively is because 11 players run a lot. Tomorrow, unfortunately, we will have to run more because PSG are so strong.”

After failing to take City past the quarter-finals in his first four seasons in charge, Guardiola has taken them to only their second Champions League semi-final.

Now the Spaniard, who has not won the Champions League since 2011, when he was manager of Barcelona, wants his players to enjoy the experience rather than succumb to the pressure of what could be a defining moment in their careers.

Recalling advice given to him by Barcelona boss Johan Cruyff before the 1992 European Cup final win against Sampdoria, in which he played, Guardiola said: “Cruyff’s idea was like this. We’re privileged to be one of the best four teams in Europe this season. It has to be enjoyed.

“At some clubs this is normal, but for us it is new and we are grateful for it. It is so nice to go to Paris.”

Having won the League Cup final against Tottenham on Sunday, City remain in contention for a treble.

They are within touching distance of the Premier League title, but it is European success that fuels them this season after their shock exit against Lyon in the quarter-finals last year.

“We are not in the elite of this competition, but we want to be there for sure,” Guardiola said. “The owners, when they took over, wanted to take us there in England first, and we are lucky to live where we are now.

READ  'Leave them to it': Solskjær criticises players for pressurising referee Attwell 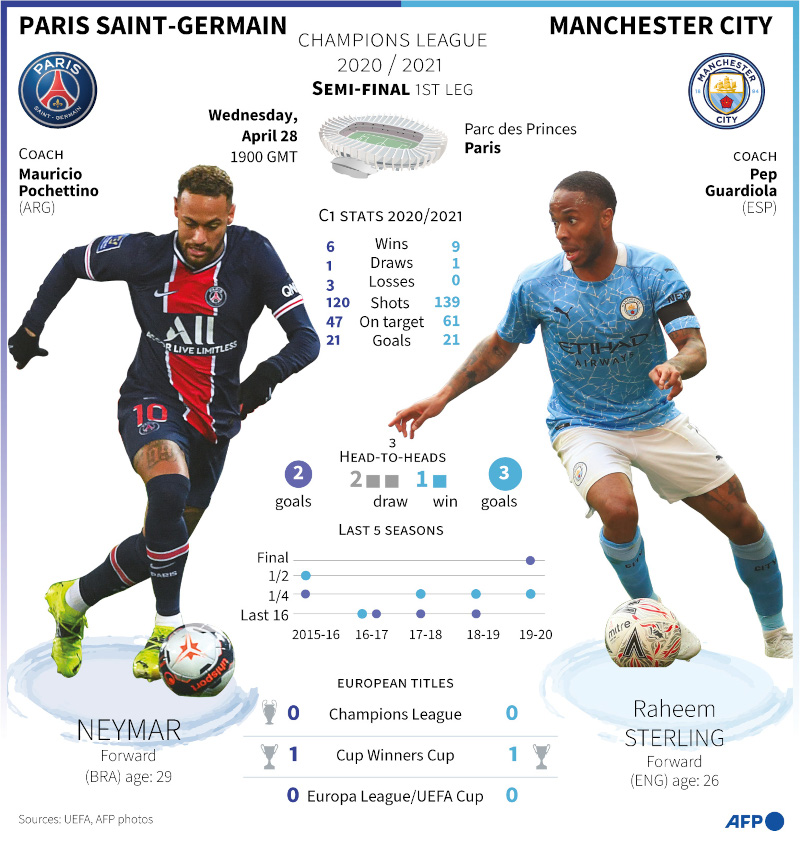