They were among measures put forth by the opposition faction during a debate in Parliament on jobs and foreign talent policies.

The debate concurrently covered two separate motions on those issues, one of which was filed by the PSP’s Non-Constituency MP Leong Mun Wai, some five months after Law and Home Affairs K. Shanmugam first challenged him to do so.

In Mr Leong’s opening speech, he called for “urgent and concrete” steps to be taken to restore “balance” in the job market, starting by raising the quality of work pass holders.

He suggested increasing the qualifying salaries for Employment Passes (EPs) for foreign professionals from the current $4,500 to $10,000; and to do the same for S Passes for mid-skilled foreigners from the present $2,500 to $4,500.

This should be done in stages and over the next three years, said Mr Leong.

He also reiterated a call made in February this year for a standard monthly levy of $1,200 to be immediately imposed on all EPs to reduce what he described as “unfair wage competition”.

Mr Leong said local workers are disadvantaged and observed that foreigners are not required to contribute to the Central Provident Fund (CPF) system.

A monthly levy will create a better chance for new graduates to get good jobs, and for older professionals, managers, executives and technicians (PMETs) to retain their jobs immediately, he added.

Mr Leong then recommended a cap on workers of a single nationality, based on the proportion of a company’s staff strength in each business function.

This would break up concentration and eradicate discrimination, with the NCMP arguing that Singapore’s recently-announced plans to introduce anti-discrimination laws in the workplace would not be effective.

“A displaced Singaporean would not be in a strong position to go through a legal or arbitration process,” he said.

“In the long term, we aim for a 10 per cent single nationality cap to ensure diversity in our workforce, and seek talent from different parts of the world instead of predominantly from one country or region. We also aim for a 25 per cent to 30 per cent combined PMET cap on work pass holders and PRs (permanent residents) in the long run.”

Mr Leong said new companies could still be allowed to deviate from this cap, provided they can prove a genuine shortage of the relevant skills in Singapore and that they have concrete and committed plans for localisation, including transference of knowledge and skills within a stipulated time.

He also asked that the number of work pass holders granted permanent resident status or citizenship each year be reduced, to be “in sync” with an overall tightening of foreign manpower policies.

Mr Leong’s final recommendation was for the creation of standing select committees for every ministry, with representatives from different parties to enable more “informative exchange” on policies and to monitor the implementation of new policies.

In his 40-minute speech to open the debate on what the PSP said was “widespread anxiety among Singaporeans on jobs and livelihoods”, Mr Leong devoted a significant amount of time to sharing what he said was feedback the party had gathered from the people.

He presented this through seven questions which he said would provide insight into how new policies could be crafted.

First, Mr Leong asked why Singaporeans face difficulty in finding good jobs, when “so many” work pass holders continue to take jobs in Singapore. “Are there not enough Singaporeans, or are they not given the opportunities by employers?” he said.

Second, he questioned if there are really more jobs being created for Singaporeans, given what he described as the growing issue of underemployment.

Third, Mr Leong wondered if Singapore’s education system – including universities and polytechnics – are not producing the requisite skills or sufficient talent for key industries.

Assuming this to be true, then why do foreign professionals dominate key sectors like finance; and are they here to complement Singaporeans or take over their roles, asked Mr Leong in his fifth question.

His sixth point focused on unfair wage competition in the form of employers being able to avoid CPF contributions for foreign workers.

Finally, Mr Leong asked why the Government continues to view discrimination as practised by a minority of employers only, despite what he said was the high concentration of EPs in certain sectors for some time.

He cited an anecdote from Mr Chee Hong Tat, Senior Minister of State for Transport and National Trades Union Congress deputy secretary-general, in July this year.

It related how a Singaporean attending a job interview at a multinational corporation was asked by the foreign human resource manager: “You wrote in your curriculum vitae that you spent two years with the SAF (Singapore Armed Forces); what is SAF?”

Mr Leong said this exemplified “all that is wrong” with Singapore’s immigration and employment policies, for allowing a foreigner with little knowledge about local culture to be in a decision-making position.

“No male Singaporean job seeker should be made to go through this kind of insult again,” Mr Leong declared. 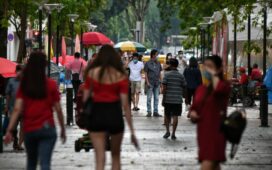 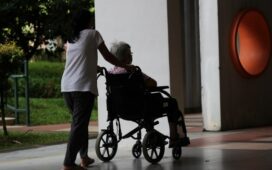 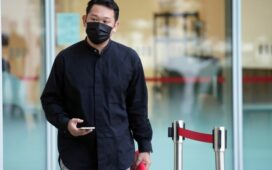 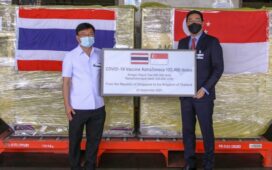 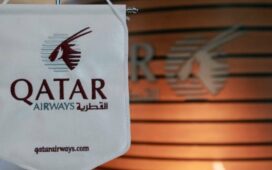