Ryan Smith, Co-Founder and CEO of Qualtrics peaks on stage during the 2015 Web Summit on in Dublin, Ireland.

Values, transparency and a go-getter.

Those are the early labels people who know him are using to describe pending National Basketball Association owner Ryan Smith. The co-founder of tech company Qualtrics agreed to purchase the NBA’s Utah Jazz, the team announced on Wednesday in a surprise move.

Reports suggest that Smith will pay roughly $1.6 billion to acquire the Jazz, but CNBC has yet to confirm the exact terms. Current owners the Miller family purchased the team in 1985 for $22 million.

Gail Miller, owner and chair of the Larry H. Miller Group (LHM Group), which operates the Jazz, said Smith approached the family to inquire about selling, and after “much soul-searching,” she agreed.

“My family and I decided this was the right time to pass our responsibility and cherished stewardship of 35 years to Ryan and Ashley, who share our values and are committed to keeping the team in Utah,” said Miller in a statement. “We have every confidence they will continue the work we have undertaken and move the team to the next level. Our family remains invested in the success of the Utah Jazz and these businesses, and we will retain a minority interest.”

After completion, which needs approval from the league’s board of governors, Smith will become the NBA Governor of the Jazz, “and he will have final decision-making authority for all business and basketball operations related to the team and other assets included in this transaction.”

“The Miller family has had an unbelievable impact on countless people through the Utah Jazz and the other organizations they run,” said Smith in a statement. “We all owe a great debt to the Miller family for the amazing stewardship they have had over this asset for the past 35 years. My wife and I are absolutely humbled and excited about the opportunity to take the team forward far into the future – especially with the greatest fans in the NBA.”

Smith, 38, is a Utah native and in the corporate world best known for co-founding tech company Qualtrics in 2002.

The firm specializes in online survey research and cloud space, and its competitor is SurveyMonkey. The firm was sold to tech company SAP in 2018 for $8 billion, days before its IPO launched.

In an interview with The New York Times in 2013, Smith pointed to transparency as one of the company’s foundations while also crediting his parents with instilling in him a “if you want it, you’ve got to go out and get it” attitude toward leadership.

Said Smith, “I remember when I was 13, my mother dropped us off in downtown Provo one summer, about two miles from where we lived, and said, ‘You guys are all paying for your clothes this year. Don’t come home till you have jobs.’ They instilled in us the idea that you can be anything you want to be, but you’re going to have to go do it.”

Smith also helped land the NBA jersey patch deal with the Jazz in 2017. He added a logo for “5 For The Fight” a charity organization which solicits donations $5 to help fight cancer. The deal garners roughly approximately $4 million per season.

Married and a father of four, Smith revealed more about his personal side in an interview with CNN. He told the outlet he loves to visit New York City to “unplug” and is a Twitter junkie.

Members of the Utah Jazz celebrate a win against the Denver Nuggets following Game Four of the Western Conference First Round during the 2020 NBA Playoffs at AdventHealth Arena at ESPN Wide World Of Sports Complex on August 23, 2020 in Lake Buena Vista, Florida.

No surprise on Wall Street

The Jazz sale may come as a surprise to some, but transactions like this were discussed in the early days of Covid-19 by sports bankers who predicted older owners could be looking to cash out with team valuations at an all-time high, especially in the larger NBA markets.

Currently, the Minnesota Timberwolves are also for sale, and rumors have repeatedly circled the Portland Trail Blazers could be next after owner and Microsoft co-founder Paul Allen died in 2018, although executives with the team downplay that notion.

Once the deal is approved, Smith will become one of the youngest principal owners in the NBA, joining San Antonio’s Peter Holt Jr., 34, and Robert Pera, 42, the Memphis Grizzles owner.

The Grizzlies are another team floating around in investment circles as bankers are monitoring if the team will relocate or be sold due to financial strain.

If the Grizzles do relocate, to say, Seattle, where a partially new building is being built by Oak View Group, NBA owners would benefit with relocation fees, letting them recoup some of the money lost due to Covid-19. NBA owners could also make up money by expanding, a move sports investors also predict with Las Vegas as the target.

Some sports owners are under particular financial distress as the pandemic affects their outside cash streams, too.

LHM Group also operates businesses in the automotive sector, finance, real estate, and owns 16 Megaplex Theaters. The film industry was one of the hardest hit by the pandemic, with most movie theaters still on lockdown across the nation. 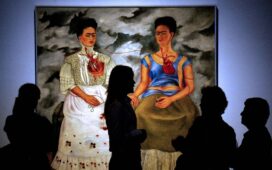 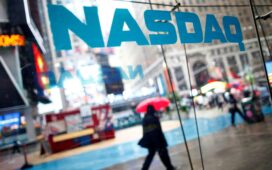