KONGSBERG, Norway: The killing of five people in Norway in a bow-and-arrow attack appears to be an “act of terror,” the Norwegian security service said Thursday, with the suspect, a Danish Muslim convert, already on their radar over fears he had been radicalized.

Four women and a man died and two others were injured on Wednesday in the south-eastern town of Kongsberg in Norway’s deadliest attack in a decade.

“The events in Kongsberg currently appear to be an act of terror, but the investigation… will determine in closer detail what the acts were motivated by,” Norway’s intelligence service PST said in a statement.

Saeverud said the 37-year-old suspect had confessed to the facts of the matter during questioning. Those who were killed during the attack were all aged between 50 and 70.

“We are investigating among other things to determine whether this was an act of terror,” Saeverud added.

Reports that linked him to radicalization pre-dated this year, Saeverud said, and police had followed up at the time. “We haven’t had any reports about him in 2021, but earlier,” he said.

“We’re relatively sure that he acted alone.”

PST also confirmed that the suspect was known to them but added they couldn’t give “further details about him.”

It aslo said they didn’t believe the threat level in the country had changed, describing it as “moderate.”

“Our evaluation is that what happened in Kongsberg Wednesday October 13 does not change the national threat assessment,” PST said.

Murder in Norway is rare.

It was the deadliest attack since far-right extremist Anders Behring Breivik killed 77 people in 2011.

Since then, Norway has seen one other far-right attack, carried out by a self-proclaimed neo-Nazi who opened fire into a mosque.

On Thursday it was largely quiet in Kongsberg, a picturesque town of 25,000 people with wooden facades and the foliage changing color for the autumn.

Streets were almost empty with only a light police presence.

A few police officers stood outside a store where part of the attack took place. A glass door there was chipped by a shot.

The suspect was due to appear before a judge on Friday for a custody hearing.

He was undergoing a psychiatric examination on Thursday, the prosecutor said.

The victims have not yet been named publicly, but one of the wounded was an off-duty police officer who had been in a store.

Norwegian media questioned why it took police more than a half-hour to arrest the suspect after the first reports of the attack.

Police were informed of the attack at 6:13 p.m. (1613 GMT) and the suspect was arrested at 6:47 pm. He fired arrows at police, who responded with warning shots, Saeverud said.

Thomas Nilsen was at home when he heard the screams and said images of war came to mind.

“I thought it was Kabul,” he told AFP.

“I heard children screaming, barking and then the sound of a helicopter circling around my house,” Terje Kristiansen, another witness, said.

Images in the media showed a black arrow sticking out of a wall and what looked like competition-grade arrows lying on the ground.

Police said Thursday the suspect had also used other weapons, but provided no details.

Store lamented the “horrible acts,” while Norway’s King Harald said he was “appalled by the tragic events.”

Norwegian police are not normally armed, but after the attack, the National Police Directorate ordered that officers be armed nationwide.

Breivik first set off a bomb in Oslo next to the building that housed the office of the prime minister, then went on a shooting spree at a summer camp for left-wing youth on the island of Utoya. 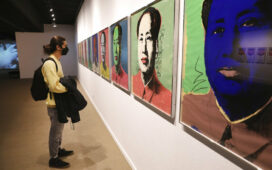 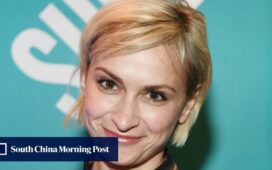 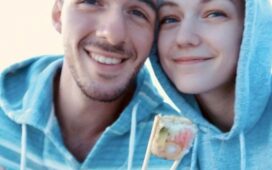 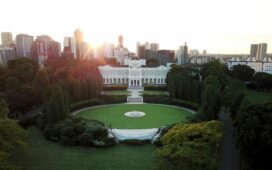