A dancer critically injured during a concert by Hong Kong boy band Mirror is still bedridden and has difficulty moving, with a 95 per cent chance that his damaged nerves “cannot totally recover”, according to his father.

Reverend Derek Li Shing Lam on Saturday (Sept 3) night revealed the doctors’ diagnosis for his son Mo Li Kai Yin, 27, for the first time since the accident, adding he would seek acupuncture treatment next.

Mo was hit by a four-by-four-metre screen that crashed onto the stage while he was performing with others at the Hong Kong Coliseum on July 28. He suffered serious injuries that left him in danger of being paralysed from the neck down.

The senior Li said in a social media post that both Chinese and Western doctors had carried out a review on his son one month after the incident and suggested there was a 95 per cent chance his vertebrae and sensory nerves could not completely recover.

“Every time [my wife and I] stand beside Kai Yin’s bed, the bitterness in our hearts is indescribable. Our active son is now helpless on the bed, his line of sight being only the cold ceiling every day.”

The Baptist pastor said he had read recent grim reports on his son’s condition, adding the family relied on encouraging proverbs to keep their spirits up. 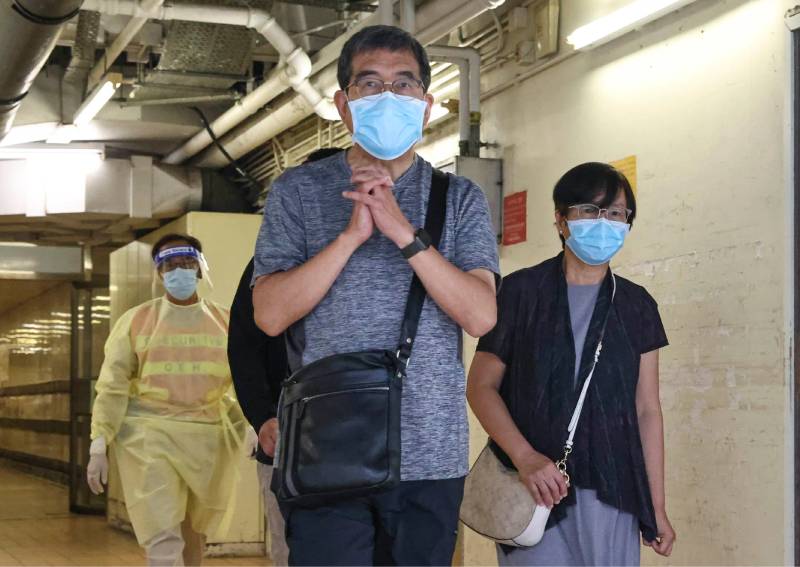 He added that his son was transferred to another intensive care unit at Queen Elizabeth Hospital in Yau Ma Tei because of the Covid-19 pandemic, appealing for more prayers from supporters.

“Wearing a neck brace for a long time can cause pain in the back of the head and affect his sleep, and excessive concentration on his own breathing is also [affecting] him,” the father wrote.

Li said that although his son was severely injured, it was still “lucky” the dancer had not died, and he had family members around to help navigate the difficult time.

Mo Li will try acupuncture this week despite Chinese doctors saying they are not very confident the treatment can provide recovery, according to his father.

The senior Li has been writing letters to update readers on his son’s condition for the past month, and previously reported the dancer had been making better-than-expected progress.

The Post learned earlier that Li had injured three vertebrae. A source said it appeared his spinal cord at the C3 and C4 vertebrae sections was severely damaged.

That meant his mobility was confined to only functions in the shoulders and above.

His father again urged the government to determine who should be held liable for what happened to his son.

A task force earlier revealed its findings, blaming the use of a substandard wire cord and under-reporting of the weight of the LED video screen for the accident, but declined to say who should be held responsible.

An insider suggested the giant LED screen that crashed onto Li and another dancer was declared at a weight that was less than half of its actual 500kg.

Speaking to the media on Sunday, culture minister Kevin Yeung Yun Hung said he hoped that Mo Li would recover soon, noting criminal investigations by police needed more time as checks had to be done “very carefully”, and the force had to speak to many people.

See also  Tay Ping Hui: Lawrence Wong spat on me; it was interesting

Yeung added that although the Leisure and Cultural Services Department’s procedures for renting a venue had been in place for many years and no major accidents had occurred in the past, the stage design of the Mirror concert at the Hong Kong Coliseum was very different from similar events that took place more than a decade ago.

Further study was needed to determine if it was necessary to list out all the processes and procedures when setting up a stage and performing, Yeung said.

“If we just follow the stage linked to the Mirror incident, we might be able to write a complete set of guidelines and examine each item, but if these rules are applied to another concert, would they still be suitable?” he said.

“For example, when you hang something [over] the stage, do you need to be more careful? This is for sure. But we also need to be mindful of one thing – will it limit some innovative ideas if we set things too strictly?”

Yeung added that experts and government departments involved had explained the technical reasons behind the accident and would in future discuss improvements with the industry.