KUALA LUMPUR, Nov 26 — TGV Cinemas and Redberry Ambient recently treated their clients to a special screening of James Bond: No Time To Die in celebration of the new normal.

The screening, held at TGV Cinemas in the One Utama Shopping Centre last Wednesday also marks the return of the company’s client appreciation night after a one-year hiatus.

About 250 guests attended the screening which was divided into four halls.

According to Redberry Ambient chief executive officer Maaresh Starling, the past two years has been a new learning curve for everyone and now that most of the population has been vaccinated, he’s confident that things will go positively as ‘better days are coming’.

In previous years, the annual Redberry Ambient client appreciation night would be filled with buffets and activities such as lucky draws.

However, Starling said that this year’s appreciation night had to be done on a smaller scale with less activities as they were concerned with the Standard Operating Procedures (SOP) and social distancing.

“Not only that, most of the clients are worried about their safety and the SOP, so we had to give them confidence.

“That’s one of the reasons why we invited them here, so they can experience it themselves. We want people to come back to the cinema, don’t be afraid.

“We’re confident if the response is good, for the next event, we’ll definitely do some extra things for them,” Starling said, adding that the screening is also a way for them to engage with people to see how many are willing to come in amidst the new normal.

Starling said a lot of movie titles that have been pushed forward in the last two years are coming out now and he’s confident that this will further motivate moviegoers into returning to the cinemas.

TGV Cinemas sales and marketing general manager Mohit Bhargava said the return of the annual screening event felt like a homecoming as the cinema industry has been hit hard.

“We’ve been closed, and it’s been a challenge to regroup in the industry.

“In a way, this is our homecoming and we’re welcoming our key clients back and reminding them the cinema is back.”

He assured that they followed SOPs set by the authorities including social distancing measures as well as socially distanced seating.

As cinemas have been allowed to reopen again, Bhargava said that they’ve seen an increase in sales with the numbers closing to 50 to 60 percent of the sales level they made back in 2019.

However two key points must be considered.

“Firstly, we still have socially distanced seating, so we only have 70 per cent of the occupancy than we previously did hence the number can grow so much.

“The second piece is, unfortunately, we’re still not able to welcome back children under twelve to the cinemas.

“Which to a great extent, hinders the family market from coming back to the cinemas.

“That is something that we believe once the SOP is more relaxed and children are allowed to return will once again improve our admissions number,” he said.

Bhargava explained that it is hard for them to have to frequently deny parents with children access to the cinema as kids are still not allowed in even though they’re allowed to go into shopping malls and restaurants.

“So, this is something we’re working closely with the authorities for them to review and we remain hopeful it will change in the coming weeks.”

Redberry Ambient have been organising the client’s appreciation night annually since they entered a partnership with TGV Cinemas in 2013.

The event however was skipped last year due to the Covid-19 pandemic. 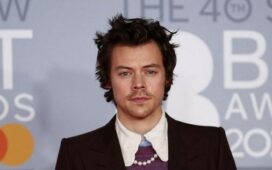 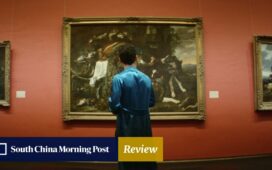 The Man Who Sold His Skin movie review: Tunisia’s Oscar nominee is a refugee drama doubling as a contemporary art satire 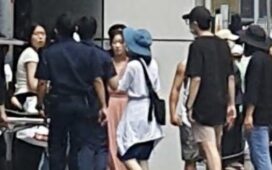 Where ‘plastic’ came from, its crafty origins and how it became the dirty word it is today