Yoshihiko Takeuchi, who ran a small restaurant on the island of Okinawa told only a few friends he had the coronavirus. When he didn’t answer phone calls from public health workers for three days, police went to his home and found him dead in his bed.

He was among hundreds of people who have died while subject to “jitaku ryoyo,” or a policy of having some COVID-19 patients “recuperate at home.”

In many countries, those with the virus stay home to isolate and recover, but critics say that in Japan a country with one of the most affordable and accessible health care systems, people have been denied hospital care, and the policy amounted to “jitaku hochi,” or “abandonment at home.”

Takeuchi’s sister and a daughter of another man who died at home of COVID-19 have started an online support group for grieving relatives of such victims.

Japan has seen caseloads fall dramatically in the past two months and the government has drawn up a road map to improve its pandemic response. A plan adopted Nov. 12 aims to have beds for up to 37,000 patients nationwide by the end of November, up from 28,000.

That compares with more than 231,000 coronavirus patients needing hospitalization in late August, according to government data. Many had to recuperate at home.

Public anger over inadequate treatment in the country with the world’s largest number of beds per capita is a factor driving such changes. Kishida’s predecessor, Yoshihide Suga, resigned after only a year in office, mainly because of widespread dissatisfaction with the government’s pandemic response.

Speaking up takes courage in a conformist society like Japan, and class action lawsuits are rare. But Kaori Takada, Takeuchi’s sister, and others in her group believe their loved ones were denied the medical care they deserved.

She is not sure what she will do. Thousands are following the group’s Twitter account and others have come forward with similar painful stories.

Takada, who lives in Osaka and runs a small nursery in her home, was Takeuchi’s only remaining relative. They spoke on the phone right before he was diagnosed, but he did not tell her he was sick alone at home. Given widespread phobias in Japan about COVID-19, he didn’t want word to get out.

Takada said he was a gentle man and much loved.

“We are coming together, trying to heal, sharing how people have been treated so cruelly, and perhaps helping each other take that first step forward,” she said in a telephone interview.

Japan’s local public health bureaus, responsible for arranging for the care of COVID-19 patients, struggled to find hospitals that would admit them. In some cases, ambulances were shunted from one hospital to the next.

In New York, for instance, hospitals were quickly converted, adding thousands of extra beds and ICUs for virus patients. A Navy medical ship and other facilities were turned into makeshift hospitals. At the outbreak’s peak in April 2020, there were more than 1,600 new hospitalizations a day citywide.

In August of this year, when infections in Japan surged with the spread of the delta variant, Japan’s hospital systems were quickly declared “stretched thin,” even though it has had far fewer COVID-19 cases than the U.S., Europe and some other Asian and South American countries. In early September, more than 134,000 people were sick with the virus at home, according to Health Ministry records.

About 18,000 Japanese have died of COVID-19-related deaths in a population of 126 million. No one knows exactly how many died at home, though the National Police Agency, which tracks deaths, said 951 people have died at home since March 2020, with 250 of them in August 2021 alone.

Shigeru Omi, a top government adviser on the coronavirus and head of the Japan Community Health Care Organization, or JCHO, has urged the government to set up emergency field hospitals, specifically to avoid deaths from “jitaku ryoyo.”

Japan’s health care system is dominated by small, private hospitals and clinics, and few inpatient facilities are equipped to handle infectious diseases. Many beds are occupied by psychiatric patients and by the chronically ill and elderly, and there are relatively few doctors, intensive care specialists and nurses.

In some places, local authorities arranged for such hospitals to accept patients who were no longer infectious and rehabilitating from serious illness after they were treated at larger hospitals. But overall, caseloads vastly outnumbered the beds available for critical care.

The JCHO runs 57 of Japan’s biggest hospitals. All are heavily subsidized by taxpayer money. The Health Ministry said it provided up to 100,000 yen ($900) per bed for COVID-19 patients.

In October, JCHO said it had prepared 972 beds nationwide for virus patients, or fewer than 7% of its more than 14,000 overall beds, though in August it temporarily made room for about 1,800 patients.

Dr. Takanori Yamamoto, a critical care physician at Nagoya University, believes hospital care needs to be restructured to focus on seriously ill patients in designated facilities, instead of spreading them across small hospitals that each have a handful of ICU beds.

Resources were improperly managed, including widespread hospitalizations of people who didn’t need it, he said. Public health bureaus are designed for research and are ill-suited to be “gatekeepers” for doling out COVID-19 care, he added.

The problems are deeply rooted in a decades-old system, and Yamamoto worries that even if Japan manages to ride out this pandemic, it will be unprepared for the next one.

“No other nation turned away patients like this, even countries that had far more cases. The idea of doctors not seeing patients should be out of the question. If you are a doctor, you have to take care of the sick,” Yamamoto said.

“Japan has done nothing. There has been no leadership,” he said.

The time to act is now, before another wave of coronavirus infections hits, said Dr. Kenji Shibuya, research director at the Tokyo Foundation for Policy Research, an independent think tank.

“They didn’t act before, even though they knew it’s coming,” said Shibuya, who has experience working in Britain. “It is about a lack of commitment, lack of will, lack of passion to make a change at a time of crisis,” he said.

Back in August, Yuko Nishizato, co-founder of Takada’s group, pleaded with hospitals for her 73-year-old father to be admitted. But he died after testing positive for COVID-19 without ever getting treatment, apart from medication for a fever.

Phone records show he repeatedly called the local public health center right up to his death. It breaks her heart to know all he got were recordings.

“I wanted him to live to see his grandchildren. I wanted him to see a more grown-up me,” Nishizato said. “There are so many who have suffered the same way, and I don’t understand why.” 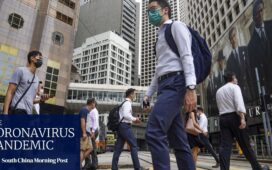 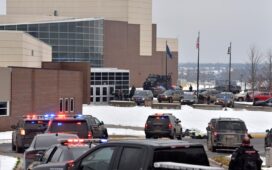 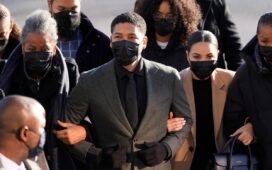 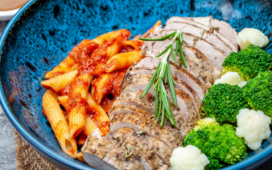 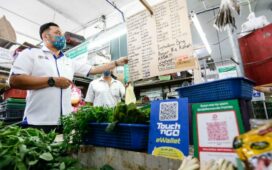 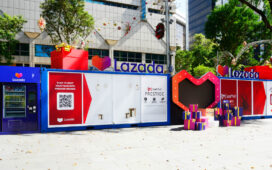