Super-rich Russians, Chinese and Saudis have secured unrestricted access to the EU via a Maltese cash-for-passports scheme that requires them to spend less than three weeks in the country, a leak from a passport brokerage has revealed.

The cache of thousands of emails and documents from Henley & Partners provides an unprecedented window into the mechanics of so-called “golden passport” schemes, whereby countries sell citizenship to wealthy foreigners.

The leak reveals how some applicants seeking to buy a Maltese passport through a government investor scheme were able to create a pretence that they were “resident” in the country for a full year by renting apartments and then leaving them empty.

The loophole enabled some customers, who pay more than €1m under the scheme, to successfully claim they had a “genuine link” to Malta – a key legal requirement – while spending just a couple of weeks holidaying there and making a few other superficial gestures such as renting a yacht or donating to a local charity.

The disclosures are likely to alarm the European commission, which recently initiated the opening steps of potential legal proceedings against Malta over its sale of golden passports. The commission has accused Malta of selling citizenship – which enables full access to the EU – to individuals with little or no connection to the country.

The Maltese government rejects any suggestion that its residency requirement is a sham. It argues that it, rather than the EU, has the final legal say over who can be issued with a passport, and that applicants are security-checked before receiving a residence permit.

But Henley’s files reveal that in the early years of the scheme, many applicants told the government upfront that they planned to develop only the most superficial links to the country, with most disclosing that they planned to spend just a few weeks in Malta during the supposed 12-month residency period.

The Henley data has been shared with a consortium of media partners, including the Guardian, by the Daphne Caruana Galizia Foundation. The non-profit was founded two years ago and named after a Maltese anti-corruption journalist who was murdered in 2017.

Henley & Partners, which was founded by a Swiss businessman, Christian Kälin, arguably invented the modern “citizenship planning” industry, which is worth an estimated $3bn annually. Its first major client was the government of St Kitts and Nevis in the Caribbean, where it was hired to launch a citizenship-by-investment scheme in 2006.

It played a key role in the creation of Malta’s golden passport scheme, advising the government on how it should be structured. Originally Henley was to have sole rights to administer client applications, though this was relaxed after a political outcry.

Malta announced its plan to sell citizenship eight years ago, prompting expressions of concern from the EU that buyers would acquire unrestricted access to the Schengen zone, which allows free movement between member states.

In January 2014, a European commission justice spokesperson delivered a speech denouncing the proposals and stressing that EU members should provide passports only to individuals with a “genuine connection” to their country.

The impasse was avoided when, two weeks later, the commission and the Maltese government issued a joint statement announcing that anyone buying Maltese citizenship would need to be resident in the country for a full year, demonstrating the authenticity of their links to their new home.

However, the Maltese golden passport scheme does not define “residency”. Government officials have previously been evasive when asked for what proportion of the 12-month period applicants were expected to be physically present.

The Guardian reviewed 250 “letters of intent” that Henley’s clients drafted for their applications, in which they explained to the government how they intended to establish their roots in Malta. Several of the letters of those who were subsequently issued with Maltese citizenship made no commitment to spend any time in the country whatsoever.

Internal emails show clients repeatedly asking how little time they could get away with. After a representative of one Middle Eastern client requested more detail in a 2014 case, an employee asked their manager whether “attending Malta for approx 7-14 days (ie the minimum amount of time possible) for the biometrics and applying for and receiving the [residency] card” would be sufficient.

The manager replied: “The government would like to see a covering letter provided by each of the main applicants outlining how they intend to establish residency and genuine links with Malta.” He added: “They do not wish to go into print on the residency issue which is highly charged locally.”

If longer visits were not possible, opening bank accounts, donations to local charities and membership of local clubs would help demonstrate links the country. “In reality, no applicant will be declined on the nature of this covering letter,” he concluded.

Later advice seems to have been that just two weeks was sufficient. “The applicant does not necessarily need to be physically present in the country,” one client was advised. “However, in order to make a genuine link to the Maltese islands, [the Maltese government] would appreciate reading the number of intended days in the covering letter. The number of days should be at least 14.”

Across all 250 letters, the average commitment for time to be spent in Malta was 16 days.

As part of their demonstration of a commitment to their new home, Malta’s golden passport applicants were also required to invest €1.15m in the country, including a property purchase worth at least €350,000 or a five-year rental at €80,000.

Some of the properties that were rented were significantly smaller than the size an applicant’s family would realistically have required had they planned to live in the property. In one case, a Chinese national rented a two-bedroom apartment for €1,500 a month despite applying for citizenship for 12 people, including six children.

A South African businessman seeking Maltese citizenship refused to pay Henley a management fee for his flat on the basis that nobody would visit it. “It’s not used, nobody will go there for a year,” he complained in an email to the firm. “If Henley inspected it and all is in good order, what on earth could go wrong? The owner will take it back as it was leased.”

In another case, a client directed Henley to find his residency property for him. Asked to fill in a form detailing his price range and particulars, including minimum bedrooms and desirability of a sea view, he wrote: “I DON’T CARE WHAT IS LEAST EXPENSIVE WHICH COMPLIES W/ PROGRAM.”

Henley did not dispute that some of its clients were scarcely present in Malta during their residency. A senior executive at the company said: “Some of our clients chose to spend significant time and reside in Malta, while others chose to spend the minimum required time in the country.”

It also argued that genuine links were not defined in EU law, and that it was the Maltese government that “sets the rules and makes the final decision on all applications for citizenship”.

Malta’s high commissioner to the UK, Joseph Cole, dismissed as “factually incorrect” any description of the 12-month residency requirement as a sham. However, the Maltese government did not dispute the Guardian’s findings, insisting only that applicants were properly vetted.

In a statement, Henley said it was aware of potential risks in handling client applications and it had “invested significant time and capital in recent years to create a governance structure that is committed to the highest of standards, with due diligence at its heart.”

It stressed that it had always observed local laws in countries where it operates, and added that it had advised the Maltese government on establishing an independent regulator for the scheme.

“We assisted the Maltese government in the creation of a remarkably successful sovereign financing and economic innovation platform, raising hundreds of millions of euros in debt-free capital,” it said. “Our processes are well documented and are significantly more advanced than those of the majority of other investment migration industry participants.” 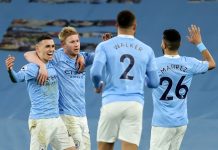 The European Super League plan collapsed. But it might not be dead forever

'The situation in India can happen anywhere,' says WHO Europe director – video

Polanski announces first new film since being expelled from Academy 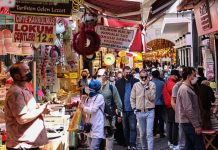 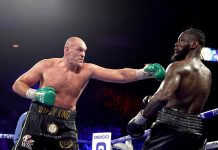