Japan was still struggling to make sense of the violent death of Shinzo Abe when the man suspected of killing him gave police information that has sent shockwaves through the country’s political establishment.

Tetsuya Yamagami said he shot Abe because of the former primer minister’s links to the Unification church, also known as the Moonies, which he blamed for bankrupting his family. Yamagami’s mother, a longtime member of the church, reportedly gave it ¥100,000 in donations two decades ago, plunging their family into poverty.

Three weeks on from Abe’s death, details have emerged showing that the church’s ties to politicians extend well beyond Japan’s longest-serving prime minister, angering voters and raising questions about its influence on the ruling Liberal Democratic party’s policies on gender equality and sexual diversity.

Daily revelations that ruling and opposition party MPs have courted the church – from attending events to enlisting its members in campaigns – in return for mobilising voters have jolted the current prime minister, Fumio Kishida, and his party just weeks after their comfortable victory in upper house elections.

A poll published on Sunday by the Kyodo news agency showed that the approval rating for Kishida’s cabinet had dropped more than 12 percentage points to 51% in a matter of weeks. In addition, more than 53% of respondents said they opposed plans to hold a state funeral for Abe next month.

In a letter to an anti-church blogger sent the day before the attack, Yamagami said his teens had been ruined by his mother’s “overspending, family disruption and bankruptcy”, adding that her loyalty to the Unification church had “distorted [her] entire life”.

The letter, reported by Japanese media, accused Abe of being one of the most influential supporters of the church. During questioning, he has also reportedly blamed Abe’s grandfather and postwar prime minister, Nobusuke Kishi, for promoting the church in Japan in the 1960s as a countermeasure against communism and trade unions.

The church, known for conducting mass weddings in sports stadiums, was founded in South Korea in 1954 by Rev Sun Myung Moon, a self-proclaimed messiah who preached new interpretations of the Bible and conservative values, including a strong anti-communist streak.

In a video message last year to the Universal Peace Federation, an affiliated group, Abe praised the group for its focus on family values. “We should be wary of so-called social revolutionary movements with narrow-minded values,” he said.

There is no evidence, however, that Abe was a member of the church, which also had relationships with other influential conservatives, including Richard Nixon, Ronald Reagan, George HW Bush and Donald Trump.

It found an immediate ally in Kishi, an alleged war criminal who was never charged, and whose social conservatism and rightwing politics mirrored those of Sun Myung Moon, whom he met near Mount Fuji in 1967 to discuss their anti-communist mission.

Those same shared values sustain the present-day relationship between the church, whose members are often referred to as Moonies, and the LDP, according to Prof Mark Mullins, director of the Japan Studies Centre at the University of Auckland.

“Conservative LDP politicians do share some values with the Unification church – their anti-communism and, more recently, family values, including opposition to same-sex marriage,” Mullins said.

While LDP lawmakers have often publicised their ties to conservative Shinto and other organisations, “it appears that they were not keen to have their association with the Unification church to be widely known,” Mullins added.

“This is probably related to the negative image of the church due to complaints and lawsuits by former members over deceptive and high-pressure fundraising and recruitment activities.”

Despite its Korean origins, the church has found fertile ground in Japan, where it is said to have hundreds of thousands of members.

The National Network of Lawyers Against Spiritual Sales, a group of 300 lawyers representing people who claim they have suffered financial damage because of the church, accuse it of brainwashing believers into handing over huge quantities of money.

The lawyers repeatedly asked Abe and other LDP lawmakers to stop sending congratulatory messages or appearing at events organised by the church, which now calls itself the Federation for World Peace and Unification, and its affiliates. They protested when Abe sent a telegram to a Unification church mass wedding in 2006.

“Members are under pressure every day to make donations,” said Hiroshi Yamaguchi, one of the lawyers. “They tell you karma is attached to money, and that donations are the only way to save yourself. So you think you have to do it.”

He added: “It is not a simple religious organisation … it has repeatedly stressed the importance of its political and media activities, as well as its religious profile.”

The LDP’s secretary general, Toshimitsu Motegi, denied the party had any institutional links to the church, but said individual politicians should be “more careful” about their ties to the organisation.

They include the defence minister – and Abe’s younger brother – Nobuo Kishi, who said church members had campaigned for him in elections. Satoshi Ninoyu, the chair of the National Public Safety Commission, admitted he had helped organise an event for a group linked to the church in 2018, while the education minister, Shinsuke Suematsu, acknowledged that church members had paid to attend a fundraiser he hosted. Opposition politicians have also admitted having connections with the church.

“Abe’s assassination is shedding a light on the Unification church,” said Koichi Nakano, a politics professor at Sophia University in Tokyo. “The church’s relationship with the LDP’s rightwing factions and its ultra-rightwing policies could come under close scrutiny.” 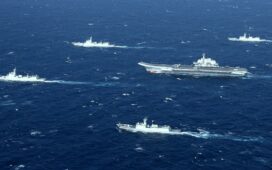 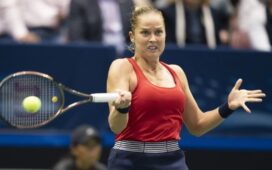 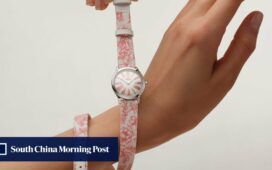