Richard Madeley opens up about exit from I’m a Celebrity


Richard Madeley has spoken to I’m A Celebrity…Get Me Out of Here hosts Ant McPartlin and Declan Donnelly for the first time since his exit from the show.

Earlier this week, the broadcaster was made to quit the ITV show after being taken to hospital on Tuesday (25 November).

Madeley, who felt “unwell”, received medical attention “as a precaution” in Wales – but was not allowed back to the Grywych Castle site due to breaking the “Covid bubble”.

In a statement, he told his fans that he was “fine”, adding: “By leaving the camp, I had consequently broken the Covid ‘bubble’ and as such I’ve had to leave the castle and all the wonderful celebs that remain in the camp.”

Speaking about leaving the show to McPartlin and Donnelly, Madeley said: “I feel as fit as a fiddle. If it wasn’t for Covid, I’d be in there,” he said, referring to the Covid-19 safety rules that meant he couldn’t return to the camp.

“I had a funny turn, quite late in the morning…so I went to the local hospital and was given a completely clean bill of health.”

He also joked that he went to the hospital canteen soon after for a “bacon butty and a huge cup of tea,” such was his hunger after being in the camp.

“I’m gutted,” he added, about having to leave.

Speaking about his memories in the camp, Madeley said: “I’ll miss them all,” referring to his camp mates. “I enjoyed it.”

Other contestants on the show were shown a video message from Madeley after he left.

“We’re sad and we miss him,” Frankie Bridge said. “He was a huge spirit and…the central core,” Arlene Phillips added.

Madeley’s daughter, Chloe, said earlier this week that the TV star was “livid” about having to come home.

“Thanks for all your lovely messages,” she wrote in an Instagram Story. “Dad’s absolutely fine. We’ve been speaking to him all day and ultimately, he’s just livid he can’t go back in to camp because of Covid restrictions.

“He did himself proud, though. He worked hard and was his calm, collected, kind and funny self. We are so proud.”

In other I’m a Celebrity… news, tonight’slive episode was cancelled over continuing Storm Arwen fears.

It’s the first time in the show’s 19 year history that a live show has been cancelled in what ITV bosses have called a “precautionary” measure and instead pre-recorded tonight’s episode.

An ITV spokesperson told the Mirror: “Tonight’s I’m A Celebrity…Get Me Out Of Here! will be broadcast as a pre-recorded show rather than live due to the developing Storm Arwen and precautionary measures we’re putting into place on production.

“Ant & Dec will record their links early evening and these will be played out during tonight’s show. Our celebrities will remain inside the castle which is secure and we have contingencies in place to cover all weather scenarios to ensure the safety of our cast and crew.”

See also  Can they survive? Ocean Park, Disneyland woo Hong Kong residents to make up for millions of missing visitors
Share on FacebookShare on TwitterShare on LinkedInShare on Reddit
asianewsdayNovember 26, 2021 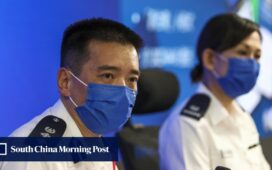 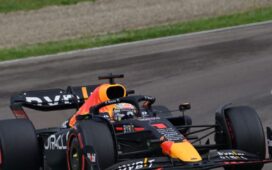